The bands that emerged from the progressive spectrum during the last decade are numerous and many of them are now regarded as highly promising or already established acts. This is the second part of a series of articles dedicated to the most important prog debuts since 2010 (you can read about the 2010 prog debuts here). The purpose of this article series is not only to remember these albums, but also to rate each debut as well as the prospect of each band today (at the bottom of the page). Let us now remember in chronological order (based on month and day of release) the most important debut albums for 2011 and what each band has accomplished thus far. 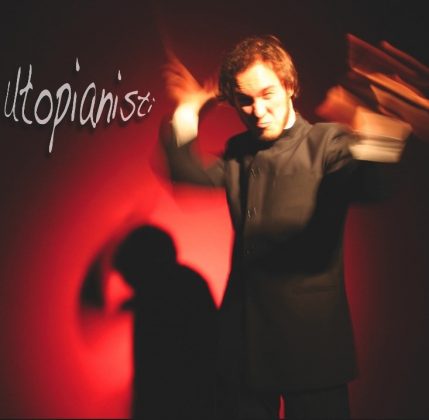 Markus Pajakkala is a very creative and unsual man. In the debut of Utopianisti he plays percussion, keyboards, flute, soprano, tenor and baritone saxophones and has enlisted many guests who participate in different songs. This is groovy jazz-rock fusion music that will make the stiffest head bob. This debut album shows vision and creativity that many experienced musicians would envy. The song writing is dense, however there is enough air between ideas to not tire the listener. The heavy jazz-rock avant-prog vehicle carries many blues, Balkan, metal and experimental passages that keep you engaged. 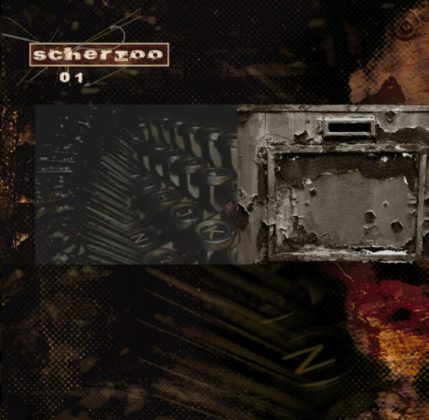 Scherzoo from Lyon, France were formed in 2009 and their first album was released under the title 01 on the fourth day of 2011. With drummer and band leader François Thollot as the sole composer, the exclusively instrumental music of Scherzoo was right from the beginning a cross between avant-prog and jazz-fusion. With the special weight falling primarily on Rock In Opposition and secondarily on zeuhl and Canterbury sound, jazz has been the Scherzoo’s main expressive frame since the band’s first album. Although the melodies are deliberately hidden behind technically perfect obscurity, 01 rightfully gave Scherzoo a prominent place on the avant-prog map. 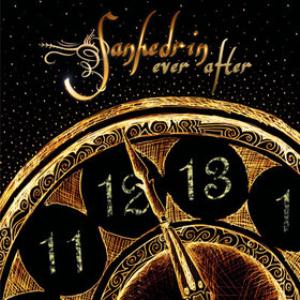 Sanhedrin was formed in 1998 in Tel Aviv by brothers Aviv (keyboards) and Sagi (bass) Barness originally as a Camel cover band. After numerous line-up changes, the instrumental album Ever After was released with Gadi Ben Elisha (guitar), Igal Baram (drums), Shem-Tov Levi (flute – ex member of the legendary Sheshet and Ktzat Acheret) in the quintet. The strong Camel and secondarily Pink Floyd influence is the only negative element that can be attributed to this charming symphonic progressive rock masterpiece. The exemplary flow of music and tracks, the stunning melodies and the perfect musicianship suggest that this is one of the top vintage prog records of the last 20 years. 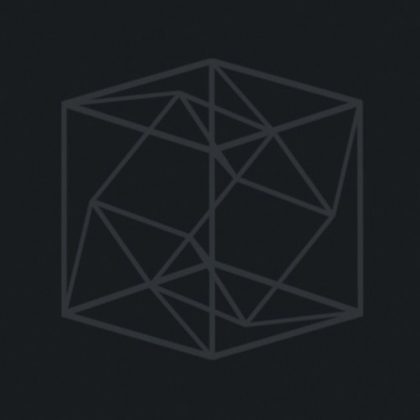 As if they’d been long prepared, TesseracT shook up the wider prog metal scene in 2011. Meshuggah’s mathematic, cold rhythmic parts meet melody. A gifted, versatile and amazing performer, catchy choruses, concrete guitar riffs, a monstrous rhythm section with a great bass and delicate drumming in a seminar album production. The polyrhythmics in the heavy parts interact amazingly in an almost ambient environment with clean guitars and soundtrack-like keys in the quieter parts. Indeed, One showed that it had everything. Very rarely does a band look as ready with such a character of its own in its debut as TesseracT did here. 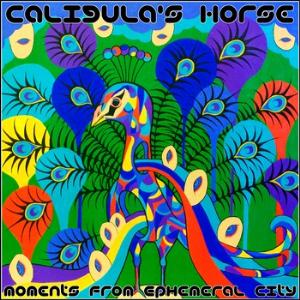 The Brisbane quintet released its first album in the spring of 2011. This debut offers technically played and well written music with interesting variations in both tempo and chord progression. The album begins quite pompously and heavily, with one of the best songs they’ve ever done, The City Has No Empathy. The backbone of the songs consists of heavy prog metal riffs, consistently polyphonic alternative vocals, melancholic atmosphere and sound gimmicks according to new art-rock standards have also been sprinkled in. Despite the fact that the album lacks originality at some places, it is an enjoyable listening experience and a great starting point for these talented guys. 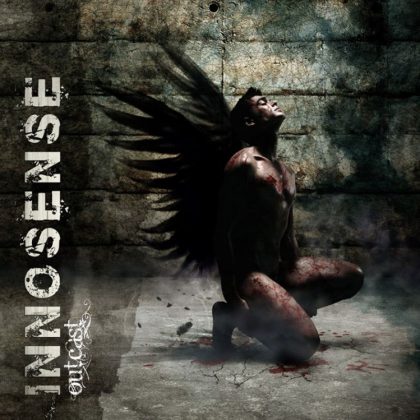 Innosense managed to make their presence known and established themselves as a brilliant Greek prog metal with only one album, Outcast. There was a time when if a group sounded like an amalgam of the greats e.g. ‘Ryche and Fates, one knew he would hear something that following the progressive recipe with a bit of power metal. While in 2011 there was no possibility of a reunion for the amazing Conception, Innosense took the magic of Flow and relayed it to their debut, which is decorated with high level compositions, as well as excellent vocals that take them off. Yes, they were influenced by ‘Ryche’, but the result was so successful that the lack of an album-successor has turned Outcast into a hidden contemporary progressive metal gem. 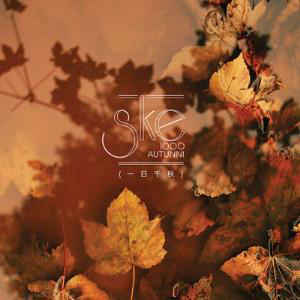 Ske was the personal project band of Paolo Botta, keyboardist of the excellent Italian prog rockers Yugen. With almost all Yugen members on his side plus numerous guest musicians – including Nikos Nikolopoulos of Ciccada – 1000 Autumni is full of flawless and bold avant-prog with the ‘necessary’ doses of symphonic prog and classical music being spread in the 12 instrumental compositions of the album. One could say that this may be the ideal intersection between Änglagård and Univers Zero, with Ske approaching perfection, if not compositionally, definitely on a technical and aesthetic level.

Methexis – The Fall of Bliss 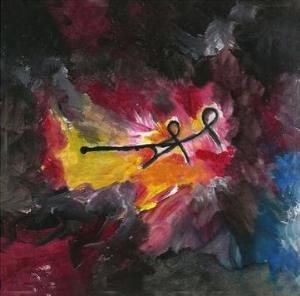 The Fall of Bliss came at a time when the Greek scene was making its first steps finding its place in the revival of progressive rock. This is a nightmarish masterpiece debut by an excellent composer and connoisseur who dared choose the difficult path in finding a personal style without compromise. Composed vision, self-confidence and innerness are the main features of the musical ethics of Nikitas Kissonas who introduces himself ideally and promises consistency. Smart compositions, great arrangements, compositional maturity and dark lyrics complete a wonderful mosaic of modern perspective addressed only to thoughtful listeners. We are still at the beginning… 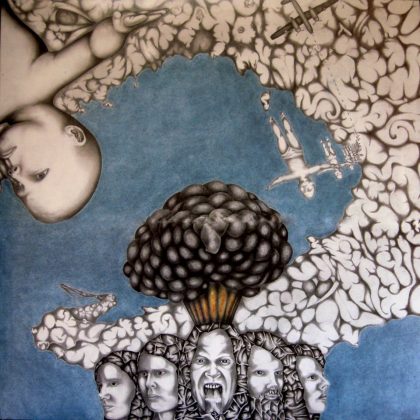 In late 2008, brothers Ásmundur Svavar (bass) and Jakob Grétar (drums, keyboards) Sigurðsson formed Eldberg and along with Eyþór Ingi Gunnlaugsson (vocals), Reynir Hauksson (guitar, keyboards) and Heimir Klemenz (keyboards, piano), they recorded their self-titled debut album in just four days. The sound of the band from Iceland is purely retro-prog with a suspicion of psychedelia and heavy prog leanings with the sound of hammond dominating, like a combination of 70s progressive rock by Mánar, Trúbrot and Svanfríður with the melodic heavy sound of Uriah Heep. With lyrics sang in their native language and almost nothing reminiscent of anything after 1975, the album is a hidden retro-prog gem. 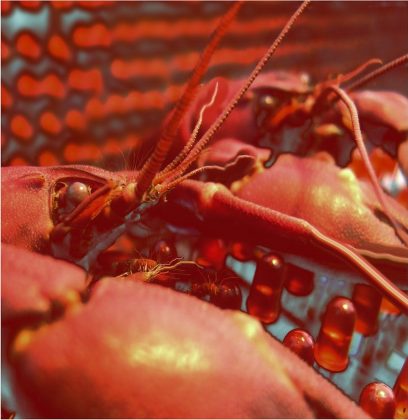 This is the first and most informative proof of the dynamics of this wonderfully strange band from Wiltshire in southwest England. A dynamic that manifests itself here through a dreamy, but entirely composed work. An effectively progressive dialogue between psychedelic rock with intergalactic aspirations – with vivid memories of Meddle era Pink Floyd – the “sound of Canterbury” – with Caravan as the main reference, both in keys and symphonic climaxes, oriental mysticism and hallucinogenic slalom timbres (with a ton of effects). The eerie atmosphere and the stellar freak out are spreading in the frame, and the frisson rises more and more. 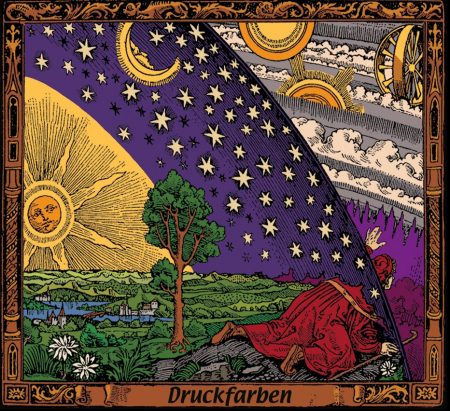 Druckfarben belongs to the rare group of bands formed by five already renowned musicians. In their self-titled debut, their music is a very melodic symphonic progressive rock with many other secondary elements, such as hard rock and jazz. The main influences here are Yes, Kansas and their Toronto compatriots Rush, in a more modern version, similar to the sound of Spock’s Beard. The album is full of exceptional high level performances and a spirit of positivity, while the amazing guitarist Ed Bernard (who also plays the violin, mandolin and has also done the production) steals the show along with Phil Naro, a truly powerful singer. 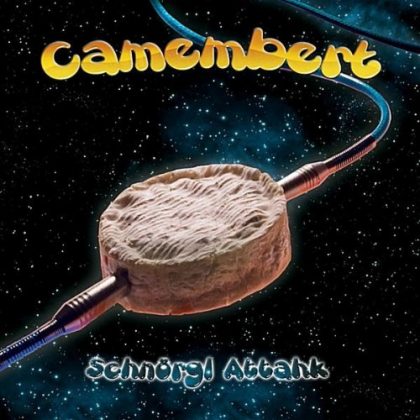 Two years after the promising EP Clacosmique, Camembert’s debut album was a revelation for avant-prog fans. The instrumental music of the sextet from Strasbourg, France flows effortlessly in Schnörgl Attahk. That’s because they masterfully balance between ethereal melodies and aggression, as well as between Rock In Opposition, zeuhl and jazz-rock, with fascinating Zappa and post-Allen Gong influences and – most importantly – with one of the best arrangements (at least) in the genre during the last many years. The groovy air, the discreet (?) humor and the atmosphere of mystery create the ideal environment for the “narration” of the adventures of cheese starship Clacosmique against Professor Frankenschnörgl.

Autumn Chorus – The Village to the Vale 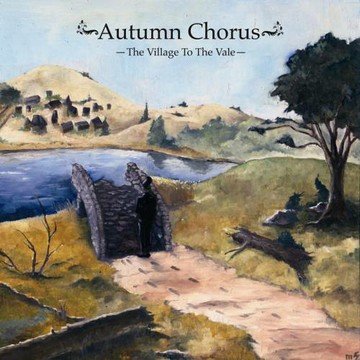 In The Village to the Vale something unique in the history of progressive rock happens. In a clear post-rock context, we hear for the first time so clearly, but also so fittingly, the whole aftermath of early 70s British progressive rock / folk. All the nobility and Britishness of that time touch today perfectly through ambient soundscapes. The vocal melodies, the strings and wind instruments aim directly at the listener’s heart and succeed through the sincerity with which the mainman 0f Autumn Chorus, Robbie Wilson, creates. Thief is one of the best songs of the decade in the genre, and something similar has happened again only in the debut of Messenger.

Those were the 11 prog debuts from 2011 we picked as most important. Several Progrocks.gr editors (not only those who participated in the article above) rated the albums and the prospect of all respective bands based on their activity till this day. The average of all ratings gave these results: 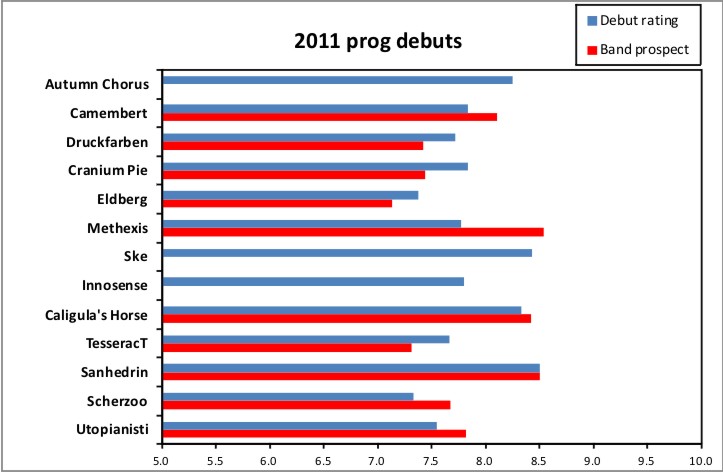 We are returning soon with the third part and the prog debuts released in 2012!

A dozen personal reasons to remember 2018