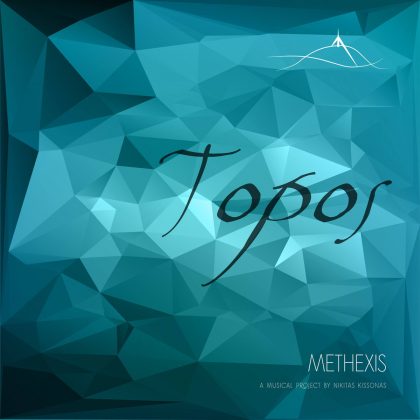 The work that Nikitas Kissonas has offered as a member of Verbal Delirium and Yianneis is in itself an important chapter of the Greek progressive rock discography. However, his artistic stigma has been depicted in the two albums released under the name Methexis. In both of these albums, his love for progressive rock is clearly evident in almost every aspect of his work, as well as his crystallized musical and lyrical vision. The difference is that in The Fall Of Bliss he played almost all instruments and did all vocals on the album, while in Suiciety famous prog musicians participated, helping him to better communicate his vision to the listeners.

In Topos, his new album, he chooses to take over most of the recording, with the help of Theodoros Christodoulou (drums), Nicholas Nikolopoulos (flute), Constantine Kefalas (trumpet) and Panagiotis Krampis (piano). But what surprised those who knew Nikita from his first two albums is the absence of vocals and hence lyrics, since the lyrical concept was a basic element of both first albums.

Importance in every detail

The creation of an instrumental album serves the need of a musician for expression. In our case, on the third album of Methexis Nikitas Kissonas chooses the strict musical composition and the personal expression of one and only creator. Topos is a record with a lot of work in the compositional field. At the 40 minutes of its duration and its two long parts, the structure brings to mind numerous similar cases in progressive rock discography, luckily without reminding of any of them. The influence of Camel and particularly Andrew Latimer is certainly indisputable, both because it lies in the dna of Kissonas musical dash, as well as a direct reference in some points. Anyway, in Topos we meet many different sounds and moods.

Both previous albums of Methexis had points that brought to mind a movie soundtrack. Here, due to the lack of lyrics this sense is even more intense and sometimes you think you hear the soundtrack of a journey. In this sense, Methexis’ third album serves as a concept, without words this time. When you want to get the listener through a diverse musical journey, obviously you have to equip him with a guiding compass. In this record, the role of this compass is played by the amazing connection between the different themes and moods. This unparalleled flow is also the greatest asset of this magnificent musical proposal. Every small detail is extensively studied. These little things and the beautiful details that stimulate the listener’s senses are there. Both compositions have a clear path and goal, which at the end manage to fulfill it, leaving a sense of accomplishment. Emotions alternate effortlessly and the peaks are convincing.

In order to accomplish his musical vision, Kissonas uses the basic rock instruments plus two wind instruments, the flute of Nikolopoulos and the trumpet of Kefalas. The playing is not technically impressive, since their main goal is to serve the aforementioned importance in detail. During the album we meet gentle parts reminiscent of Camel, up to hard almost metal outbursts. The main label that could come in is “symphonic progressive rock” but it definitely can’t fully describe Topos. The way Kissonas handles the symphonic element is quite unique, personal and subtle. This does not prevent him from expressing himself in many ways, since, among other things, this time he is also exploring the electronic side of the 70s in the Tangerine Dream vein. Finally, although that was not the goal here, at some moments it becomes clear how good a guitarist Kissonas is.

I do not know whether Topos is a parenthesis, through its instrumental peculiarity, in the Methexis discography or whether it is the beginning of a new chapter. The only certainty is that differentiation is more than welcome, especially when it produces results like this. Kissonas is an awesome composer and, above all, a real artist, in a country where musicians of this kind are rare.