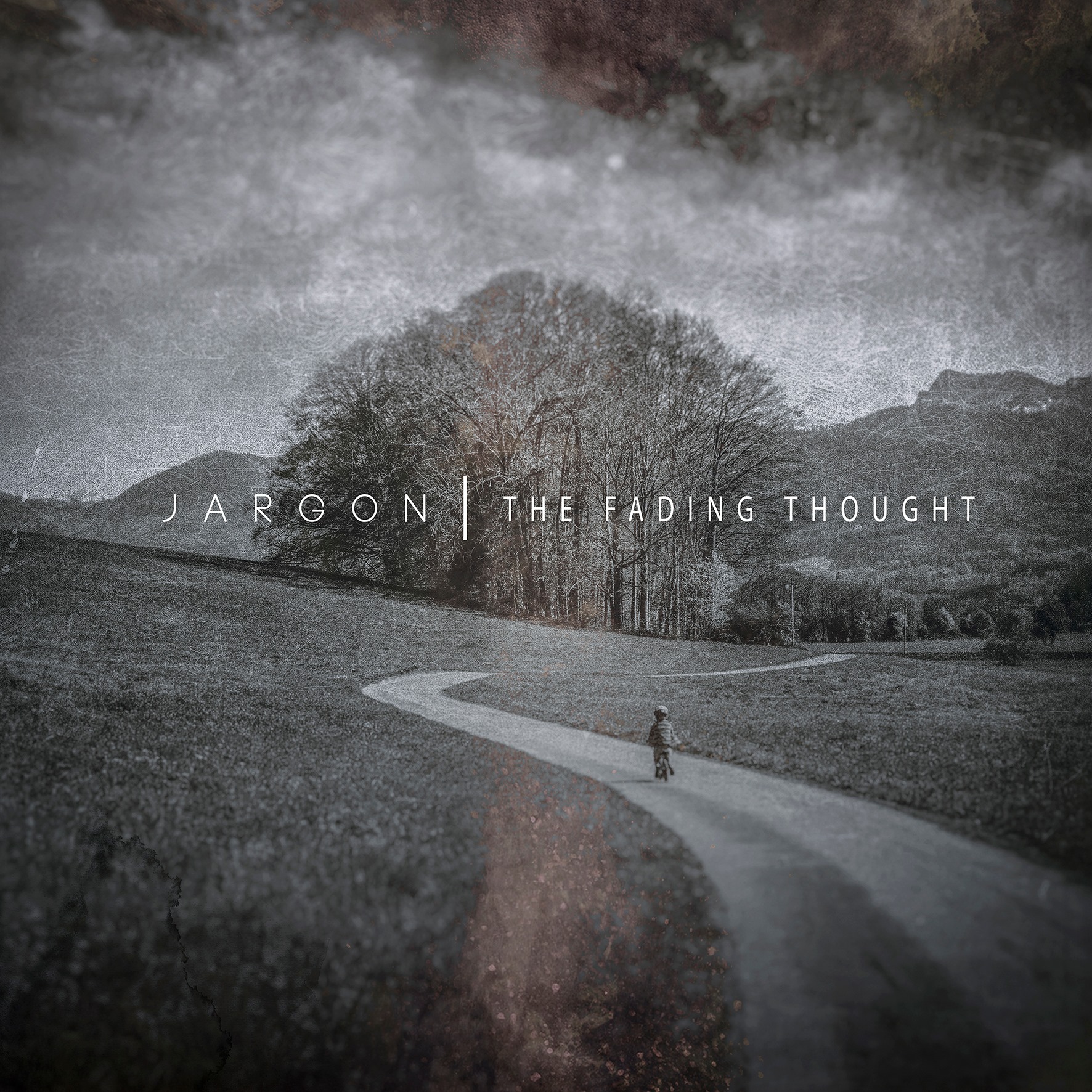 Jargon, the creative mind behind Verbal Delirium, has drifted away to a solo path with his first effort coming in the form of The Fading Thought. Verbal Delirium – and Jargon by consequence – has musically grown very much from album to album. In his first solo album, Jargon collaborates with Nikitas Kissonas on guitar (Methexis) who also arranged the string quartet, his Verbal Delirium buddy, Wil Bow, on drums and Leonidas Petropoulos on bass, mixing and production.

The characteristic introspective style of Jargon’s music acquires a special beauty and weight here, as the creator reveals Giannis Kosmidis (his real name) more than ever in the notes and lyrics of The Fading Thought. The album is dedicated to the memory of his mother and is an exquisitely personal testimony.

Regarding the release of a solo album by Jargon, the first question that arises is based on the need that led the sole composer and band leader of Verbal Delirium to create something outside his creative vehicle. Listening to the first seconds of the opening track (The Film), with the artist sitting at the piano and starting to play, presenting a composition with cinematic aesthetics, different from what we are used to, and yet so familiar, it is immediately clear that in The Fading Thought we’ll listen to Jargon as we’ve known him through Verbal Delirium all these years, but stripped of the artistic decisions and the overall plan behind a band.

The aforementioned cinematic aesthetics is one of the main features of the album and especially of its first side. It should be noted that the separation of the tracks on two sides, serves the flow of music perfectly. In addition, without, of course, missing Jargon’s artistically innate melancholic approach to his music, the first side is clearly ‘brighter’ than the descent into darkness reserved for Side B. In the second and third track (In Search of the Invisible Thin Line and Dance of the Framed Words), Jargon’s love for Manos Hadjidakis’ music is apparent. These are two tracks with a very clear Greek element, which could easily, with some small differences, be part of a soundtrack for a Greek movie.

The title track is the first very big moment of the album. It is an excellent composition, with great construction and plot. Here, some of the typical characteristics of Jargon’s music are evident. These vocal lines are his personal trademark and even his main influences, such as Peter Hammill, have been fully embodied in his personal style. The rolls, the expression, the outbursts, the innate kindness of his complexion, all characterize a voice that has far surpassed any lack of natural gift. In this track we also hear Jargon the keyboard player at his best. The solo he plays in the middle of the song is monumental. Every note is studied to perfection, while the choice of sound and note sequence is simply superb. Besides, it is an important part of the composition, which leads the piece to its final part. Finally, special mention should be made of the rhythmic patterns on which Jargon composes, which give a constant feeling of ripple.

The Light (as well as the opening composition The Film) has elements of chamber music. The use of the string quartet here is characteristic and intensifies the soundtrack style. In general, this arrangement is more than successful throughout the album and adds to its character. It should be noted that the orchestration of the quartet has been carried out by Nikitas Kissonas, who also plays the guitars on the album. The reference to his name is not accidental, because in Time Is Running Out, which opens the second side, he plays an amazing solo, which is hard describe in words.

Time Is Running Out is also the last track that lets sunlight beams through. In the last three tracks, the listener is confronted with the darkest songs Jargon has ever composed. If there is a pattern of how modern dark progressive rock should sound, then How Can I? should be it. Haunted melodies, distorted vocal lines and a riveting final outburst synthesize another huge moment on the album, which at times flirts wonderfully with avant-prog, though without embracing it. The last two tracks (The Last Temptation and Window to the World) could be the two parts of one song. It is clear that the album takes off as it approaches its end. The lyrics take on an extra weight and the questions asked seem relentless. The final outburst in Window to the World reaches the limits of metal, testing the listener’s limits, leaving him/her speechless at the end.

The very first question is now answered: The Fading Thought contains everything that Jargon needed to express and could not do so through Verbal Delirium. This explains the variety of styles and moods. A diversity that ultimately proves to be his ally. The result lacks nothing compared to Verbal Delirium’s discography, but explores new aspects of Jargon as a composer and musician.

The Fading Thought takes a further step in the cinematic tendencies that Verbal Delirium had shown, with the introductory track The Film in combination with the amazing artwork, setting the more or less dark atmosphere of the album. The record in its length flows masterfully between progressive rock, classical arrangements and heavy moments that are either brought up by the dark atmosphere or the intensity of the songs. With every new listen of the album I change my opinion about which track represents the album best. The title track offers a great mix of all elements, and it’s probably one of Jargon’s best guttural vocal performances to date. Additionally, guitar, keyboards and bass make this track extremely memorable. But all the other tracks are also great and their sequence that makes this album a great listening experience. It’s a combination of things that make an album great. The technical prowess of the musicians, the influences, the production… but most of all the composer’s personality and his ability to convey his own message, experience and aesthetics. Jargon with his collaborators does exactly that.