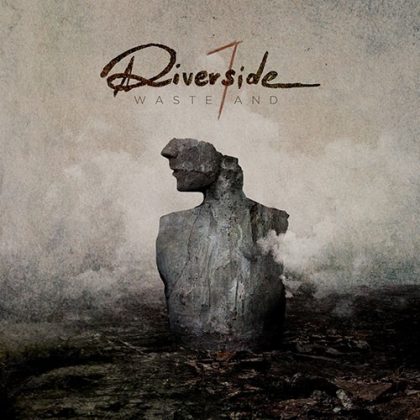 Riverside return with a new album entitled Wasteland, their first release with completely new material since the sudden loss of their guitarist Piotr Grudziński in 2016. The concept of the album is centered on the struggle to survive in a post-apocalyptic world. The band apparently describes Piotr’s death as an apocalypse for them, an event that seemed like the end of the world. Considering what Piotr stood for in the band and as a guitar player in general, I think this makes total sense.

In a safe zone

Generally, the overall sound of the album is nicely balanced between mid-tempo songs and ballads. The songs are simple at times, indeed, but also very much heartfelt and emotional. The electronic elememts are less present than on the latest records but this is not a return to their basic prog metal sound as it was expected among the most fans of the band.

Mariusz Duda plays most of the guitars and there is a noticeable difference in the guitar sound. The emotional touch and priceless expresions of Piotr are sorely missed on Wasteland. The solos are shorter, sometimes even boring and repetive and that is somewhat disappointing about this record. However, this album has some pretty solid songwriting. The band were focused on melody and atmosphere, two of my favorite things about Riverside music, and and they did it pretty well. There are no bad tracks in the album. The hooks are there, the production is pretty clear and lively, and it’s a fairly consistent album, though at times it sounds a bit monotonous. Among the higlights of the album is the touching River Down Bellow which reaches the depths of the soul of any listener. Apart from that, The Struggle for Survival is an incredible energetic instrumental piece in which some parts is similar to King Crimson’s 21st Century Schizoid Man. Finally, the album closer The Night Before is a marvelous piano driven track, filled with Duda’s heartfelt vocal performance.

Wasteland did not completely fulfilled my expectations. I was expecting it to sound a bit heavier  and more agressive, but the only song that satisfied me from that point of view is Lament. As well as the previous Love, Fear and the Time Machine sometimes it lacks depth and the old passion from the first three albums. Probably for the first time the band stayed in a safe zone and did not want to experiment and make drastic changes in sound.

Wasteland isn’t a masterpiece but it’s truly an enjoyable journey. Despite horrible grief the album also radiates hope again and again. If anything they are giving the world a touching lesson on the importance of not giving up. After all, Riverside is alive and well and I hope they will continue to be one of the most remarkable modern progressive bands.

Riverside have announced the guitarist for their live shows