A beautiful and tranquil day – in spite of the latest news and the overall atmosphere – ended with an extraordinary billing at Gagarin 205. My beloved Verbal Delirium opened this wonderful night. The Imprisoned Words of Fear is, in my opinion, one of the best prog albums of the previous decade and the  live performance of the band was excellent as always. Despite the short duration of their set (only 27 minutes) and the slight sound imbalance as the only hindrance with the bass sounding higher and the guitar lower than they should have been, their performance was very good with Close to You, Dancing Generation, Children of Water (new track from their upcoming album) and Images From a Grey World all performed perfectly on stage. 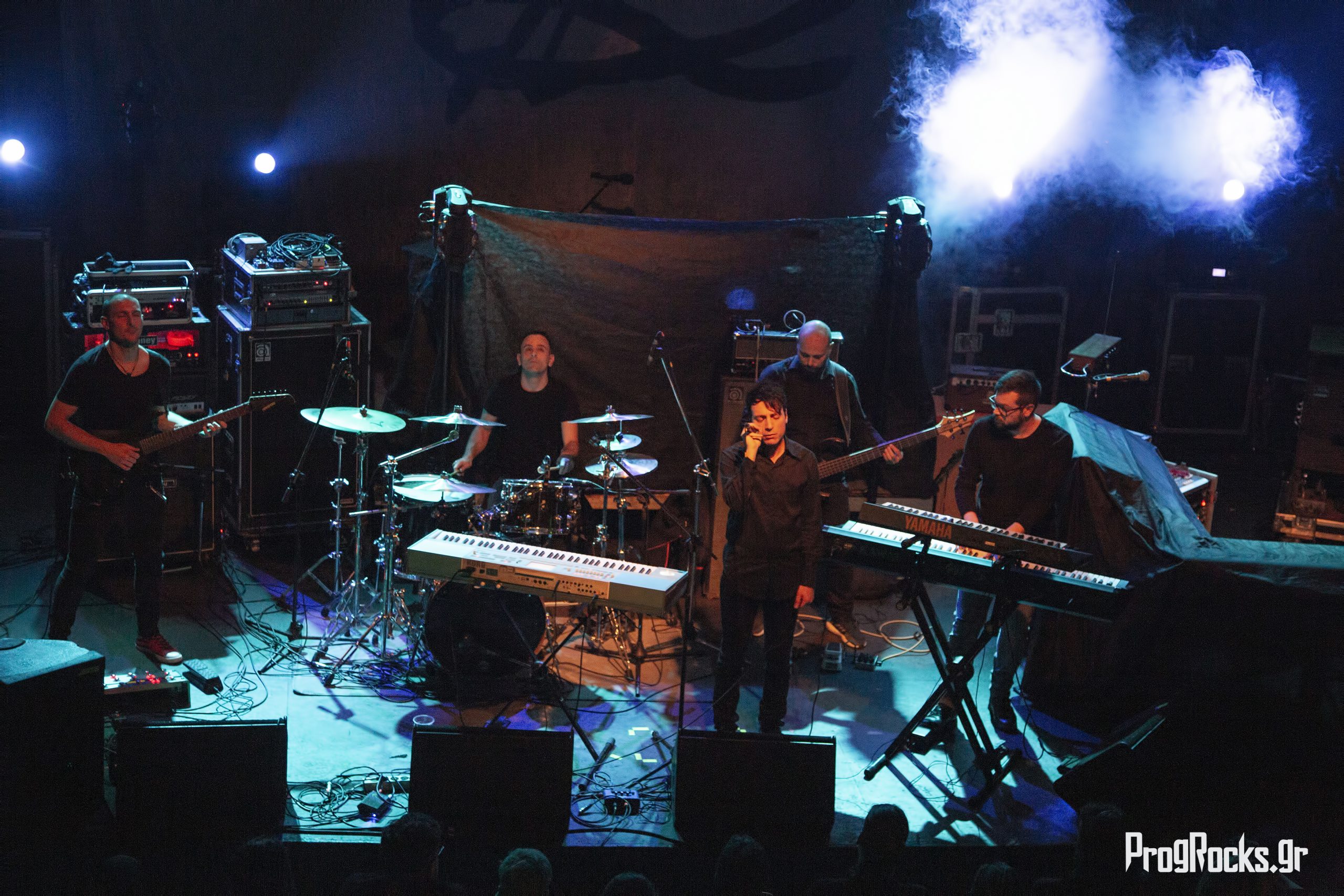 The baton was handed off to Allochiria, a somewhat unsuitable, in my opinion, choice for a Riverside support-act, as they play mainly post / sludge metal. Their performance was very strong and their singer’s voice (with her back permanently turned to the audience) is among the most extreme and spooky I’ve ever heard, especially live. Though aesthetically different, their performance was very good, although they didn’t have the light show they had the previous time I saw them, which had a great effect. We listened to songs from their upcoming album as well as K, Lifespotting, Counting Fives with a good overall appearance and sound. 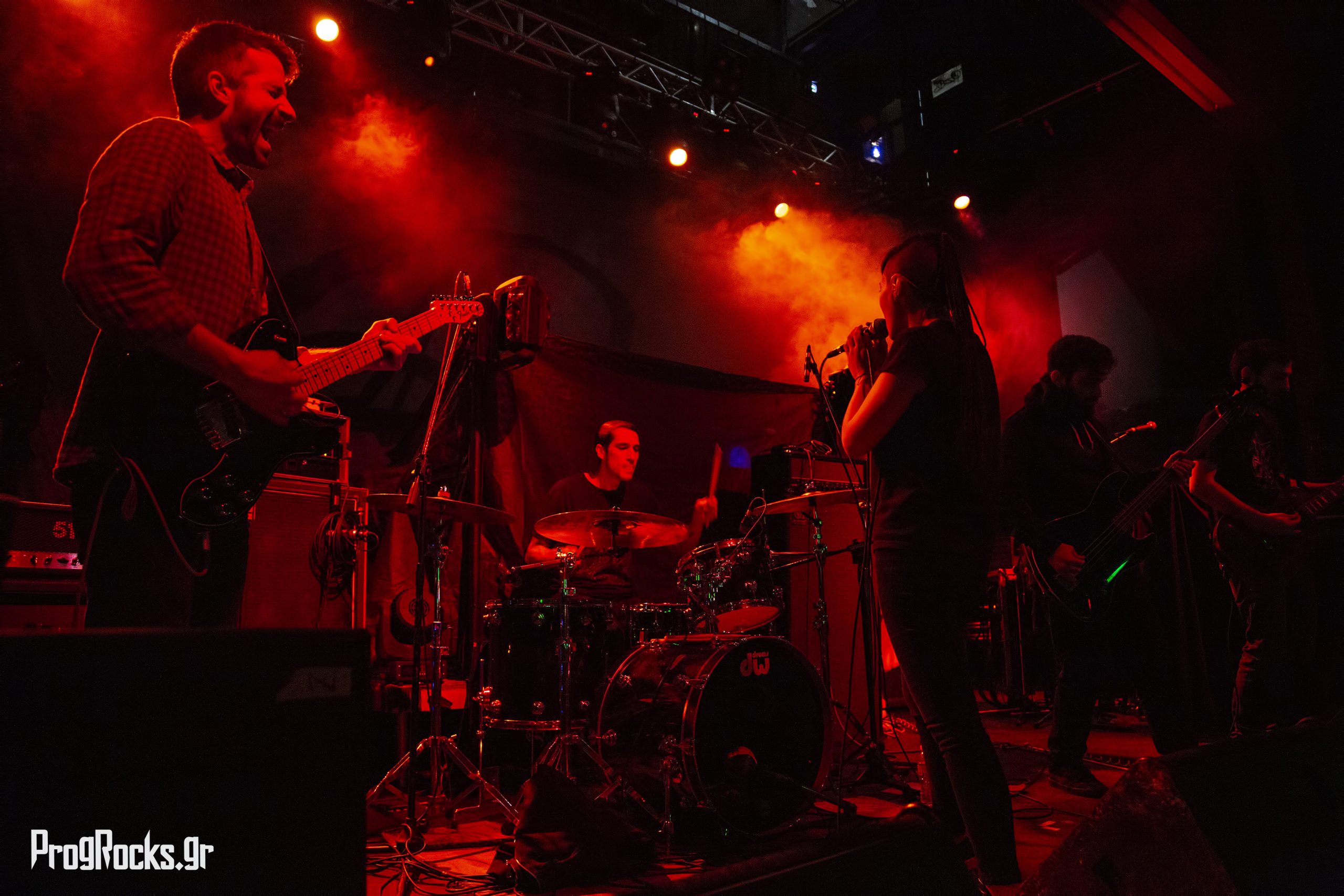 The venue was gradually filled with people and at exactly 22:10, as it was announced in the program, Riverside launched their set with The Day After and Acid Rain and impressed everyone from the get go. The very good sound throughout the show along with the great lighting helped to create an impeccable atmosphere. The audience honored this great band throughout the show and sing-alongs and rhythmic applauses did not stop until the end. 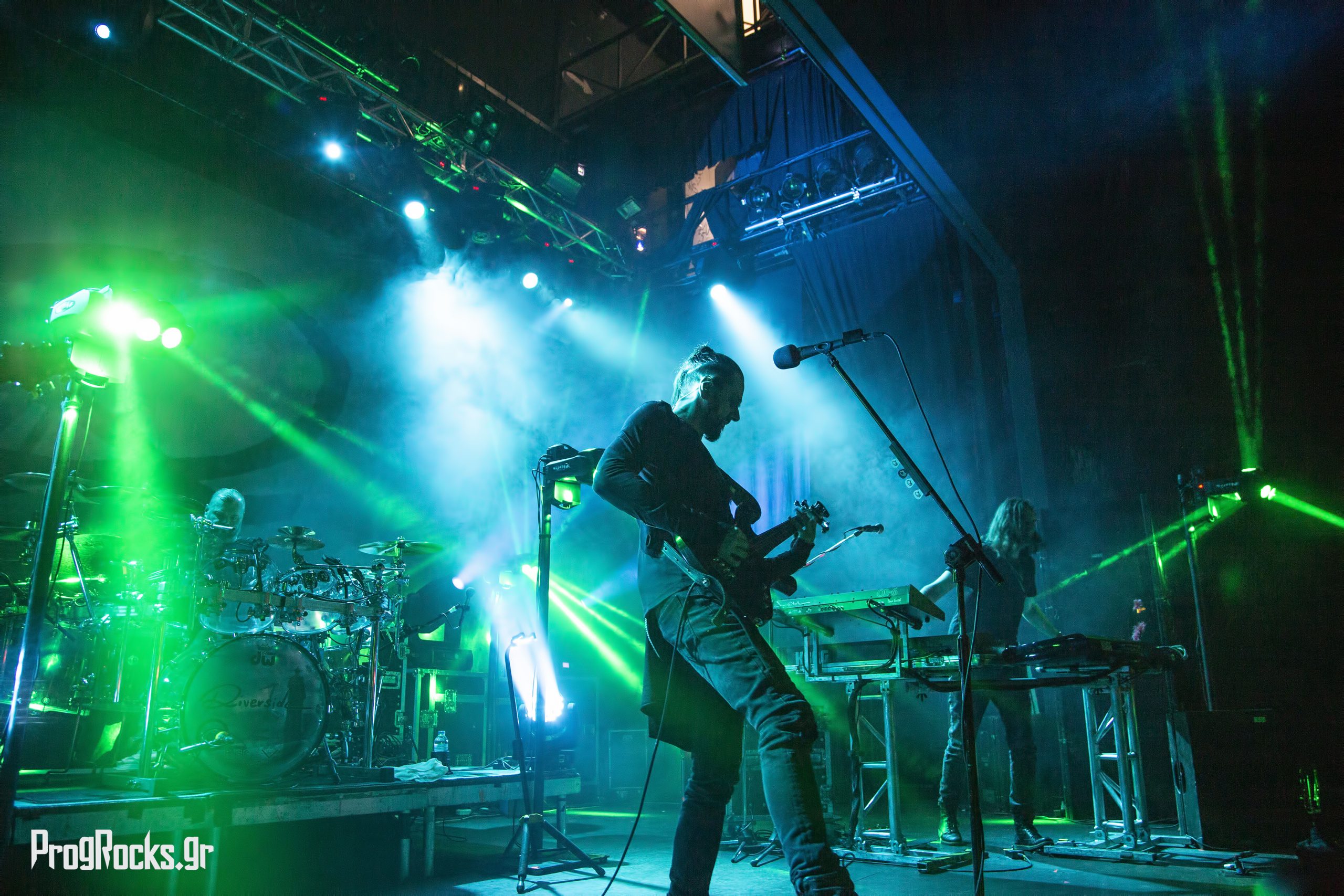 Mariusz Duda, Riverside’s frontman and a prominent figure in the modern prog scene, was the cynosure of all eyes and communicated with the audience simply, but effectively. His performance on the bass, either with a pick or finger-style, was amazing and his themes, from the simplest to the most demanding, were performed perfectly on stage and it became even more evident how crucial they are to their music, while his vocal performance was impeccable. The show, however, was stolen by the almost permanently smiling Michał Łapaj with his outstanding, to say the least, performance on the keyboards. 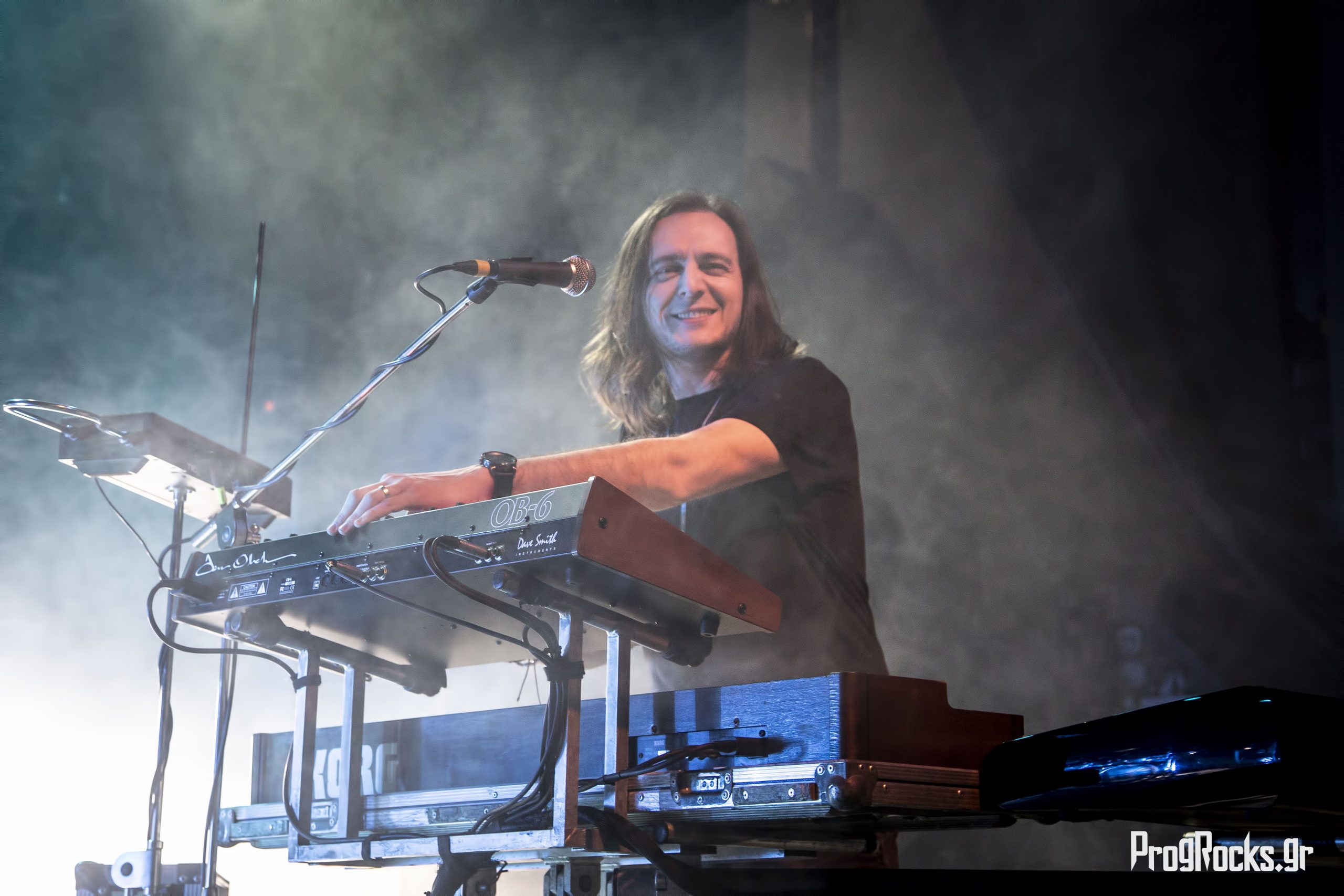 The smile would only be wiped out by references to the so unjustly late guitarist Piotr Grudziński whose absence almost brought the end of the band. Riverside is one of a handful of bands that I personally believe would never have gone through a single line-up change if things hadn’t taken such an unexpected turn. This was also proven by the fact that it took them some years to officially announce Maciej Meller as a permanent replacement for Piotr, though he was their touring guitarist for Wasteland and also played on the album. This is no coincidence. The bond with Maciej took some time to forge and he seems to be, both on stage and artistically, a worthy substitute for such a unique and magical player whose melodies and leads have marked Riverside artistically forever. 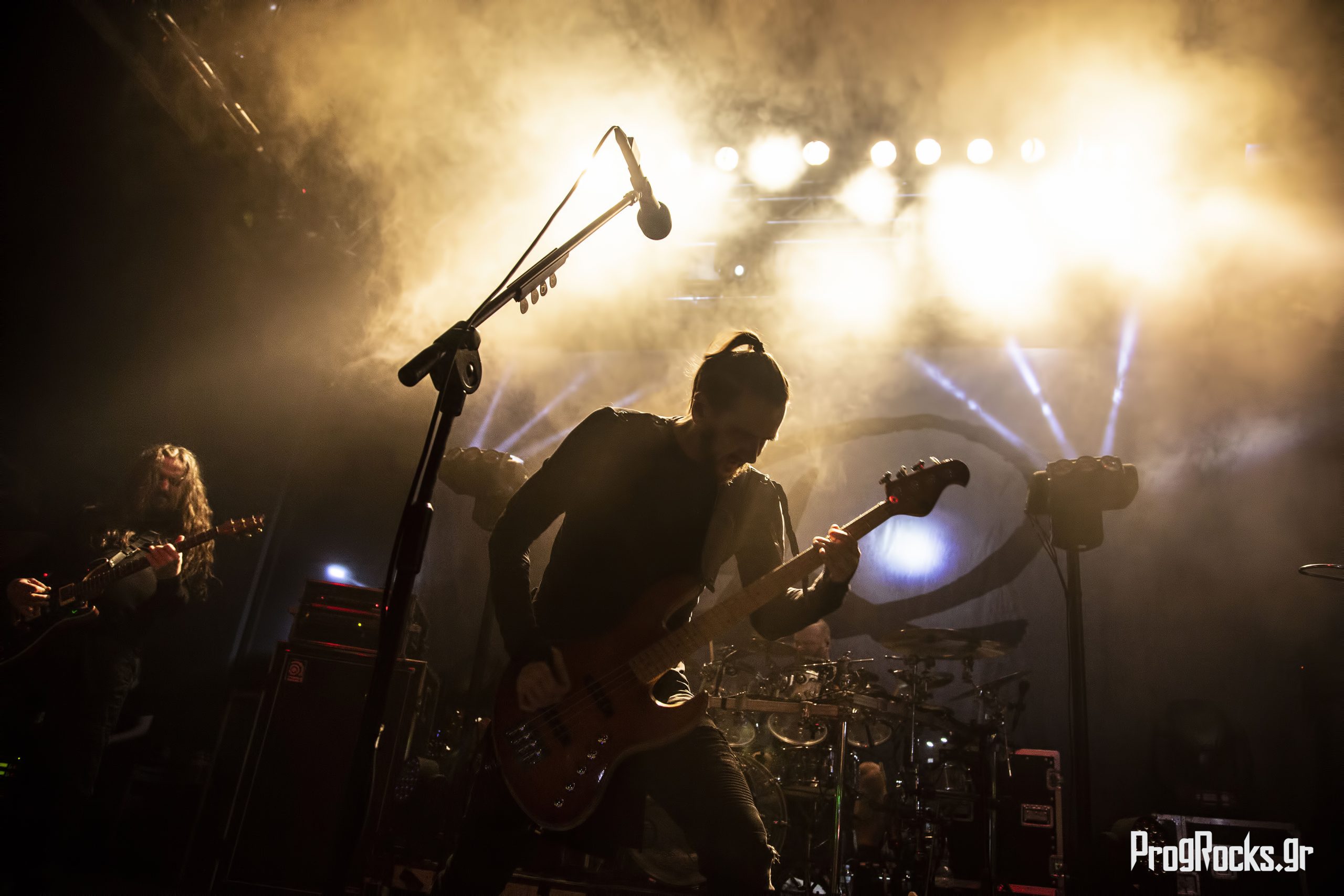 Among the highlights of the night were Conceiving You, O2 Panic Room, Hyperactive, Egoist Hedonist, and even the chopped-up Second Life Syndrome and Left Out, though I didn’t expect them to play any shorter versions of their songs during their set. On such a beautiful night it sounds like a trifle cherry-picking, but I’d rather hear these songs in their entirety, especially Second Life Syndrome, the ultimate signature tune of Riverside. The first song of the encore was a cover of Wish You Were Here, dedicated to Piotr of course. The night ended with River Down Below and I feel that it was a night of fulfillment and catharsis for all of us (the audience and the band). I’m sure they will be back soon under different conditions and in a sold-out venue. Riverside is an amazing live band that every music lover must see at every opportunity. 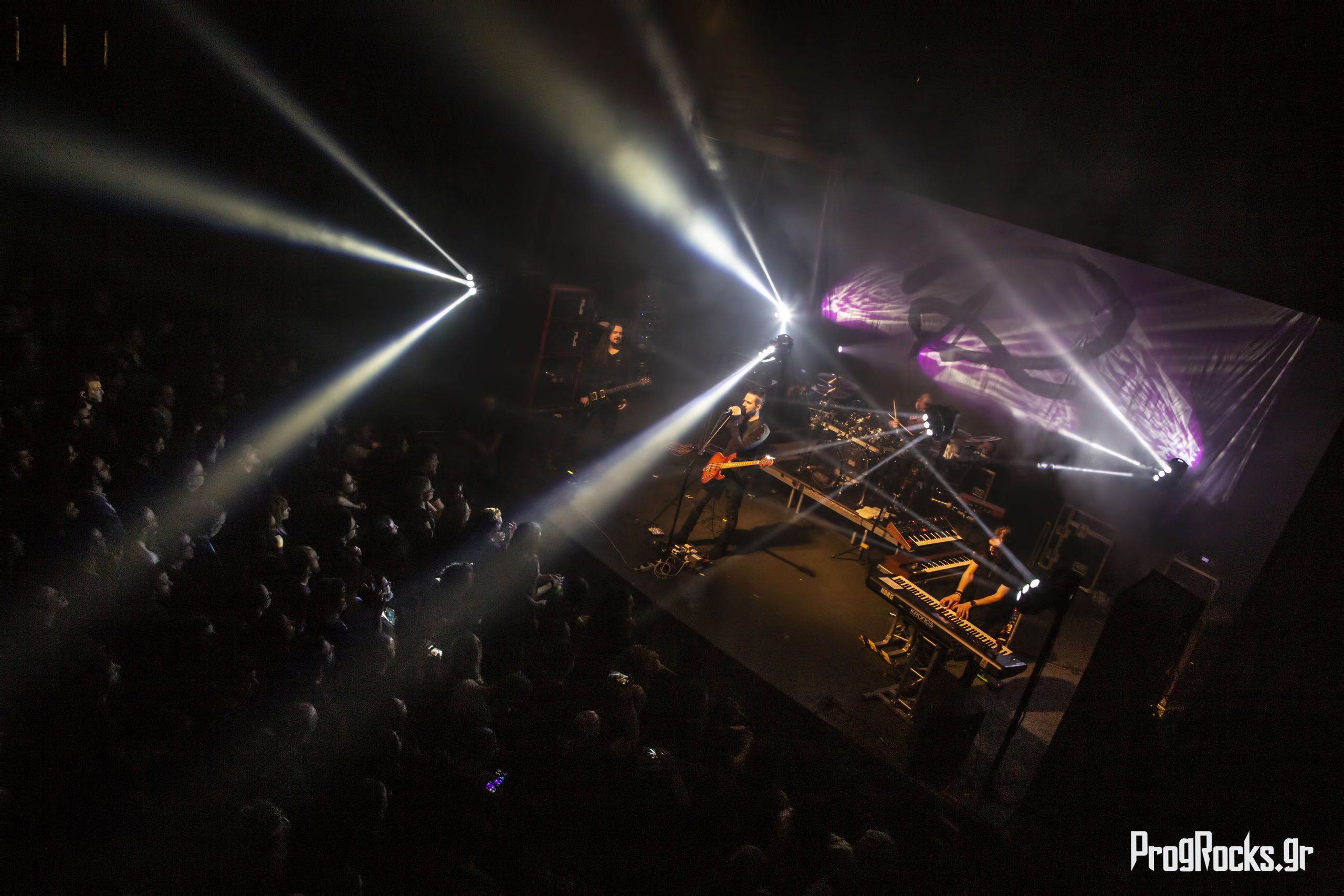 I would like to wrap up this report with a few personal thoughts. I am very happy that Riverside decided to continue playing music. It seems they need it psychologically and artistically and I think that musically they have a lot more to offer as they get older entering a more mature phase of their lives. Death will forever hang over the band, the loss will be a permanent reminder. But anyone who fears the debt of death cannot enjoy the loan of life. See you next time Riverside. Next time neither the river will be the same, nor will we be the same people. All we can do is make a promise to each other that if we get there, we will go through it together once more.