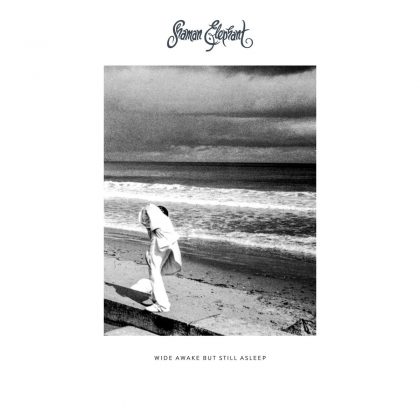 Shaman Elephant, one of the recent additions to the excellent rock scene from Bergen, Norway, first appeared in 2015 with the EP More and a year later their full-length debut entitled Crystals was released (our reviews here). The combination of energetic progressive / psychedelic rock with jazz elements and the passion that characterizes modern Norwegian bands impressed the audience and critics and the wait for the second album was totally justified.

Four years later, Wide Awake but Still Asleep finds the line-up of the quartet unchanged and everything shows that another band under Karisma Records has come to stay.

A new, solid, fresh proposal from the Norwegian progressive scene

Second album by the Norwegian Shaman Elephant and the associations made after placing puzzle pieces together, certainly lead to the familiar paths charted with psychedelic / progressive mastery by other modern Scandinavian craftsmen. At first glance, the obvious influence is Motorpsycho (mostly their early 00’s era), however Shaman Elephant are trying to build their psychedelia in Wide Awake but Still Asleep based on their own personality.

The four-year-old debut, Crystals, was an interesting introduction on the map of the new retro wave of bands that carve prog with doses of space rock automation. In general, it was an ambitious effort by Shaman Elephant. Wide Awake but Still Asleep seems to be on the same path as Motorpsycho, who are well known for discovering new, alternative high standard routes with each new album. Sin a similar way, their younger compatriots take advantage of the teachings of the older ones, filter their influences and offer a set of compositions that are basically characterized by sounds reminiscent of the early psychedelic and progressive trends, in which the improvisational / experimental mood meets the folkloric element.

Shaman Elephant have developed and evolved since Crystals due to the balanced sound they’ve adopted and the ideal combination of experimentation with the most liberating sound references. With a bit of Caravan influence on Steely Dan and Ease of Mind, but also a strong element of melody and groove, the Norwegians manage to fit compositions like the great title track and the 11-minute Traveler and really impress. The progressive nature of the compositions follows the ever-existing Motorpsycho structural logic, but in the prism of the a band’s excitement for creative processes. Ultimately, this is the element that makes Awake But Still Asleep a sincere and very interesting listen.

Shaman Elephant goes a step further, evolving, maturing and writing music that could contain, among other things, a familiar empirical jamming of influences.

Those who are familiar with what is happening in Scandinavia nowadays know very well that the title of a hopeful band in the contemporary Norwegian prog scene is in itself heavy. It is no coincidence, that in Wide Awake but Still Asleep, Shaman Elephant fulfils all the expectations they had created with Crystals. The main differences with their debut are that here the jazz elements are clearly reduced, while both psychedelia and prog have an alternative sound dimension, filtered mainly through the dominant influence of the great Motorpsycho.

The biggest advantage of Shaman Elephant in their second album is that they sound more mature and more up-to-date, but mainly that they make the most of their excellent chemistry, performing amazingly and with rare vitality. The highlights through the enjoyable flow of the album are the title track and Traveler. Motorpsycho’s strong influence is almost everywhere, perhaps the only downside to the album.

The only thing that’s certain is that the third album of Shaman Elephant will be expected with even bigger interest. The only challenge for them now is to crystallize their personal style.