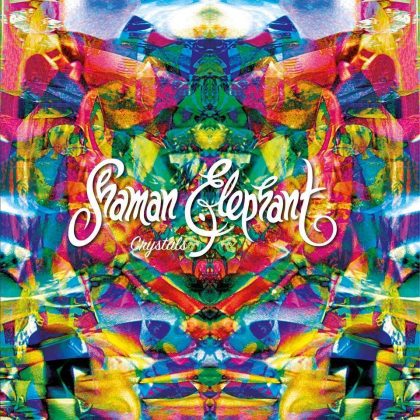 A few years ago, the news of a promising debut of a prog band from Norway wouldn’t make many heads turn around. In the year 2016, and with everything we have seen and heard from Norwegian bands, if someone is a fan of that specific sound, it is simply impossible to be indifferent.

Shaman Elephant is a quartet from Bergen and Crystals is their first full-length album for Karisma Records who spotted them after the digital EP More in 2015. The production was undertaken by Iver Sandøy (Enslaved, Krakow, Seven Impale) and the result is an explosive vintage heavy psych / prog.

The Norwegian scene is boiling once again. Actually it never stopped supplying with at least interesting things the whole range of music genres, but it should be noted that a new generation of incredibly talented musicians seem to have all these abilities, the imagination and the willingness to engage five decades of electrical sound in something refreshing, which is so rare in our times. Within this scene we also find Shaman Elephant, a quartet from Bergen, Norway with their debut album Crystals.

The musical principles of the band are ranging from psychedelic heavy rock and in the process they enrich their sound with modern influences, something similar to the great Motorpsycho who I believe are their ruling influence. Here, the psychedelia of the 60’s and 70’s is filtered through the vision of the Norwegians on contemporary music and the result sounds fresher rather than vintage. This is precisely the differentiation of Shaman Elephant with the numerous bands trying to be heard just as if they sprung from the first two decades of hard sound, which gives character to their sound. The jazz influences of the band members as feeling and style enrich the whole of their music. Do not forget that Norway has a long tradition and love for this genre.

The vocals in several parts resemble the style and spirit of Jeff Buckley, mainly the high pitched vocals that reach the level of screams, visibly distorted I have to admit, adding extra points to the great and promising Crystals. I must say that at times they reminded me of the early works of Dennis Lyxzén of the Swedish The (International Noise Conspiracy), but I must be the only one who says this.

The substantially new sound is starting to take shape. Most, if not all, has been said. The novelty now in my own ears will come from those who will combine in an elaborate way different sounds they have indulged and studied and not from those who jumped rather clumsily on the train of the current hype, something which is found in this vintage sound, today more than ever. The really good in the genre will evolve, but in the infancy of underground groups like Shaman Elephant, it is apparent that they will continue to supply us with great music.

With songwriting that most famous bands in the heavy psych rock scene would envy, the Norwegians Shaman Elephant release a mature debut that one would assume that has been written by experienced musicians. With guitars plucked from some dream of the 60s and extremely apt paced sequence (culminating in the prog instrumental Tucson to the slow The Jazz), Crystals compensates the friends of vintage sound who are fed up with not listening to real “new” proposals.