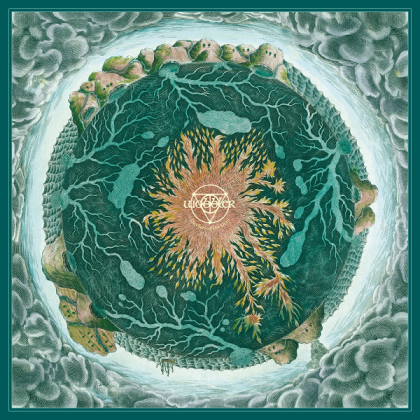 Norwegian bands have amazed us with the highest level of their releases in recent years, especially in the field of progressive rock. Wobbler are among the leading bands of this scene, who with this year’s Dwellers of the Deep confirm that they are in great shape after the fantastic From Silence to Somewhere. It was with that album that they proved they can extricate themselves from their influences, and apart from style and technique, to invest in the compositional sector, where they have succeeded with songs such as the title track and Fragmented Hours.

This is the fifth studio release for the Norwegian progsters, who recorded without the any line-up change, once again for Karisma Records.

From the very first notes of the 13-minute By the Banks an explosion of melodic and technical perfection comes out of the speakers: double guitar perfection, the bass in front, and vintage keys in perfect harmony, while the changes of rhythms and moods are so many that many hearings are required for to fully appreciate such a rich composition. Perhaps the only objection is the obvious Jon Anderson influence on the vocals, which is more than striking. In Five Rooms that follows, the stigma of the huge legacy of Yes in the music of Wobbler is even more apparent. Still, this is a great song, but the personal style of the Norwegians is very much missing here. So far, Wobbler’s new album is quite reminiscent of the band’s third album, Rites at Dawn (2011), in its compositional style. Although the band has evolved and changed level since 2011, their love for British symphonic prog is predominant (although this is not necessarily negative).

Naiad Dreams, with reference to the Naiads – river Nymphs in Greek mythology – is a sweet folk-sounding ballad with the mellotron and the acoustic guitar in the leading role. However, the big asset of Dwellers of the Deep is definitely the almost 20-minute Merry Macabre that closes the album. Here, we can say that symphonic prog reaches a peak that has rarely been approached in recent years. Not far from the style of the opener, By the Banks, but much darker and not easy for the uninitiated, Wobbler touch technical and compositional perfection with this one. Lars Fredrik Frøislie’s gentle piano introduction is interrupted by an excellent combination of keys and guitar, followed by explosive jams and fantastic atmospheric alternations reminiscent of Änglagård’s style, creating images of Scandinavian forests and/or lakes. Undoubtedly, this is one of the best songs of the Norwegians to date, and will certainly be an ideal encore for their future concerts (when possible).

The production is once again impeccable, highlighting the rich and sonically dense style of Wobbler, while the beautiful cover perfectly matches the content of the album. Overall, Dwellers of the Deep is another great album by Wobbler, which could be even better if their influences were not so obvious and if they invested a little more in their personal style. Without catching the standards of their previous release, this is probably the best symphonic prog album of 2020.

Wobbler have been a synonym of quality in the vintage prog rock scene since they first showed up with their debut. Dwellers of the Deep has been highly anticipated since From Silence to Somewhere was one of the best albums of the last decade and the bar was set extremely highly. The first two songs are highly based upon Yes of Time and a Word up to Close to the Edge era, especially in the keyboards and the bass parts. They are good songs, but they fail to surprise the listener. Naiad Dreams is a dreamy folk song, something they have not tried in the past which works great. The epic Merry Macabre also follows a different path, showing some Van der Graaf Generator and Änglagård influences among others and is a very good song with many changes in feelings and musical parts. We conclude that this is work is far from the superb From Silence to Somewhere in terms of quality, and maybe a lost chance for something spectacular, but definitely a solid and good album with many great moments.