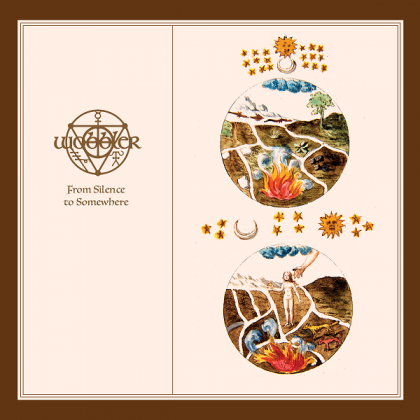 Norway may be now one of the most appreciable and quality scenes of our times, yet things were not exactly like that until the mid of the previous decade. It was back then that Wobbler delivered their 70s-drenched debut album entitled Hinterland and together with the veterans Motorpsycho and quite many other remarkable bands like Gazpacho, White Willow, Magic Pie and Gargamel contributed mighty to the immense growth of the prog scene and the Norwegian one in particular. What Wobbler did after their first album was of equal high standards, namely their albums Afterglow and Rites at Dawn. Six years later, the progsters from Honefoss are back with their fourth album, aiming to win back the fans of progressive music.

Above and beyond all expectations!

The quite long interval that intervened since the last time that things were happening in the camp of Wobbler had got us wondering if the band was on the back burner or, even worse, if they had disbanded. But after repeated listens of From Silence to Somewhere, the conclusion is that it is more likely that they were working slowly and methodically. This is because the compositions are so well-crafted and demanding that surely a serious amount of work has been put into them to be of such a high level.

The sole line-up change has to do with the guitar slot since Morten Andreas Eriksen, founding member and a lynchpin in the sound of the band, was replaced by Geir Marius Bergom Halleland. No matter how strange it sounds, the arrival of the new amazing guitarist rejuvenated and breathed a sense of renewal in the band. Right from the very first notes of the 20-minute epic you can tell that something extraordinary is going on here. What comes next is equally impressive where all the individual elements that render the listening of a lengthy composition an exciting and far-but-boring procedure are present: rich arrangements, inconceivable technical level, complex and ferocious prog moments followed up by melodic acoustic parts taken out of the book of Yes, Genesis, Anthony Philips, coupled with dark hints so passing to symphonic prog and, above all, inspiration. The two-minute Rendered in Shades of Green that comes next, in spite of the sweetness and melancholy it emanates, it serves more as a break so that the listener can gather their dismembered faculties for the second side that hovers.

In stark contrast to the previous tune, Fermented Hours kicks in dynamically with a guitar riff that grabs the listener from the throat. Nevertheless, its structure is 100% prog, interspersed with changes in the mood and a reprise of the initial theme towards the end.  Special mention should be made of the subtle eastern touches in the vocals. To bookend the album, the Norwegian quintet went for a composition which would be envied by many renowned bands. Oh yes, Foxlight is one of these songs that leaves you with your jaw dropped, wanting more. The acoustic intro plunges the listener into a fairytale world where the dipole of the guitar and the flute features and the rest of the song is replete with explosions of sound colours that lead the track to a grandiose finale.

A few more elements that should be stressed is the stellar production that highlights the entire musical arsenal of the Norwegians, as well as the fact that they have shed the Yes references compared to the predecessor Rites At Dawn; instead they invested in the legacy of King Crimson and Gentle Giant. Despite that their playing is tour de force, I would like to underline the à la Chris Squire meaty playing of their bassist Kristian Karl Hultgren. Wobbler put together not just their best album so far, but rather a top-notch prog release in the current decade. It seems that the No.1 slot is strictly a Norwegian matter, and rightfully so.

Think of Arcturus melodies filtered through the majesty of early Genesis and Gryphon and all in a hugely vintage package. Wobbler delight with their new release in that they combine skillfully all those 70’s elements that made prog great, with an overwhelmingly melodic, yet slightly sinister, touch. IQ’s Dark Matter strangely comes to mind, fairies dance in the woods and the room is filled with moog, clarinet and glokenspiel in ELP, and of course Änglagård, fashion.

There is no dip in excitement throughout the 48 minutes of symphonic grandiose and relentless symphonic prog recitals. Wobbler seem to have struck a balance between melody and virtuosity as at no point the album deviates to unnecessary improvisations; a carefully planned journey between silence and somewhere and eventually to the top of 2017 prog albums; palingenesia after Yes, Genesis and Änglagård… Highlight: Fermented Hours.