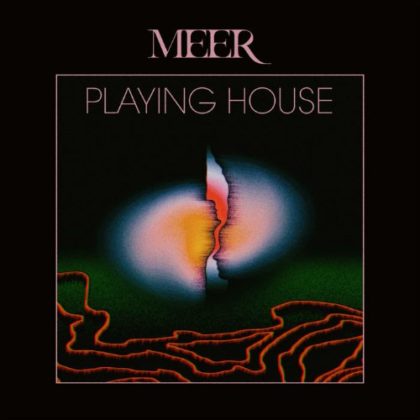 The birth of this Norwegian band in 2008 found them as a duet under the name Ted Glen Extended, who released an EP in 2012. Along the way and with the addition of six more members they were renamed MEER to literally create a collective of musicians. In 2016 they managed to release their first album of the same name to follow up with this year’s Playing House. The eight-member band consists of: Johanne Margrethe Kippersund Nesdal (vocals), Knut Kippersund Nesdal (vocals), Eivind Strømstad (guitar), Åsa Ree (violin), Ingvild Nordstoga Eide (viola), Ole Gjøstøl (piano), Morten Strypet (bass) and Mats Lillehaug (drums).

The new heroes of prog pop?

In Picking Up the Pieces, which begins in the album’s flow, the progress they have made since the first two honest but unripe efforts is obvious. It is an art-rock composition with excellent vocal performances and chorus, accompanied by strings. Besides, the band has two members on the violin. In fact, one of which has participations in the violin and vocals in other bands of their label, Karisma Records (e.g. Wobbler, Caliganaut, Tusmørke, Jordsjø).

Beehive continues even more impressively, equally pompous and rhythmic, with the squeak in Johanne’s voice offering intensity to the basic theme of the choir. In All at Sea, Knut’s male vocals, which blend so beautifully with the violin in this mid-tempo gentle composition, take over.

MEER are reminiscent to some extent of Bent Knee’s approach. While the latter, with Indie / alternative / pop, blend the prog scales, Meer choose to flirt even more with indie pop and create easy-to-remember compositions that anyone can sing. In the same sentence they fit influences and sound references such as A.C.T., The Dear Hunter and Leprous of the last two albums, mainly in terms of their pompous orchestral side.

Songs of Us is a category in itself. It’s so catchy that without exaggeration it could easily be on the respective mainstream charts. You Were a Drum is also special with its wonderful lyrics that conflict and contradict each other within the same sentence, a conversation under johanne’s sublime voice and the sound of the violin.

From the trio of songs Child, Honey and Across the Ocean the first stands out with the other two being the weakest in the flow of the album. She Goes is the most aggressive song of the 55-minute album, with beautiful choir style vocals that all the members of the group participate in.

The band wonders “Where do we go from here” in an atmospheric composition, only with guitar and Knut’s voice, in my favorite performance on the album. Honestly, if I had to choose between male and female vocals, I couldn’t, but I would say that both add equal quality to Playing House. Lay Down will connect the beginning with the end, the art-rock element will return to close a remarkable album.

Note: the release of the album on vinyl also contains a rendition of Whitesnake’s Here I go Again in perhaps a strange choice.

Playing House has its special moments, it sounds pleasant in the flow and I am personally excited by the musicality that their compositions have, even if they do not all stand the same level. At some moments they catch peaks, some other ideas are just good, but they should be credited with the fact that they are a well-tuned orchestra, with knowledge and passion for music. And if there is the rapid evolution that we saw between their releases continues, then perhaps the virgin prog pop will find its heroes.

Usually when bands wish to add many different elements to the music, somewhere they lose their way in managing the variety of sounds with which they dress their ideas. Orchestration is a category in itself in the process of producing an album and in this area MEER present their credentials for this year. Just their second album, titled Playing House, finds them doing simple things in their melodic lines, with simple rhythmic changes and two voices that alternate with ease between dozens of, brilliant couples and choruses. But where they radiate is how they record the record. Apart from the unparalleled technique (hats off in the wonderful drumming of Mats Lillehaug) the group has one of the most interesting sounds I have heard lately, since they step on the warmth of neo soul but essentially play with prog rock reasoning that perhaps approaches quite a lot the style of Bent Knee but in a more radio friendly way. Instrumental parts, alternative metal outbursts (I hope you like Guano Apes), melancholic indie rock melodies and much more will keep you company through a hearty set of 11 compositions. One of the surprises of the year for sure.