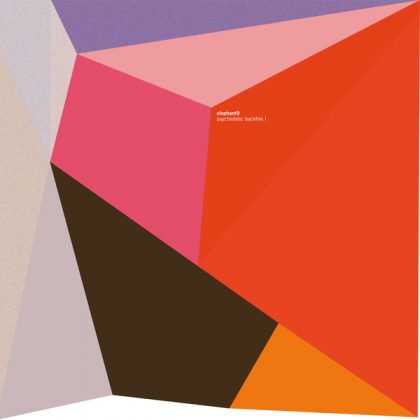 Right off the bat, Elephant9 is one of the finest live trios (or quartets, regularly enough) ever and as such, a live recording should be a reason to rejoice, especially for those who are into prog / fusion. A 4-night residency at the Kampen Bistro in Oslo this January, produced two separate albums, namely Psychedelic Fire I (with the core of Ståle Storløkken on keyboards, Nikolai Hængsle on bass and Torstein Lofthus on drums) and Psychedelic Backfire II (with the addition of Reine Fiske on guitar).

In case you haven’t heard of Elephant9 before, fret not, as this is the perfect starting point. If I’m not mistaken, all of their 5 albums have been more or less recorded live in the studio, while they’ve also had another live album under their belt, 2011’s Live at the BBC. Psychedelic Backfire I (and II, for what it’s worth) is, however, catching this extraordinary, seasoned act at their prime, plus it compensates for last year’s short, somewhat incomplete Greatest Show on Earth (our reviews here).

Storløkken’s playing is just off the charts, showcasing what a keyboard master he is, with his out-of-this-world skill in combining different sounds and styles while alternating between being chaotic, psychedelic and ultra-funky on the spot. Pay attention at the frenzied solos on the 13-minute long Skink/Fugl Fønix (which mashes up two tracks off of their first two albums, respectively) for a good example. Obviously, he is the main actor in this play, but his comrades do not fall short. Hængsle and Lofthus are extra keen on creating heavy, intricate, steady, busy and intertwined grooves, and managing the improvisational ebb and flow like no other, curiously leaving Storløkken with enough room to expand in. The 18-minute long Habanera Rocket is an attestation to that and being my favorite (probably) track on their catalogue, the treatment here made me revere.

Elephant9 is really a machine – imagine ELP and Brian Auger on steroids. The sound on Psychedelic Backfire I is breathing and buoyant although murky/muddy at times but also vibrant and energetic. Unfortunately, the band do not tour often outside their homeland (the members are involved in many projects, too, or, more precisely, Elephant9 is the project here), but if you get a chance to catch them live, do not miss it! This is not music to listen to, but to dance to instead!

Elephant9 gave us two live albums this year. In Psychedelic Backfire I and a total of 71 minutes of live music, the band performs under the genius guidance of Ståle Storløkken and does what it’s renowned for: a stunning live performance. In front of an enthusiastic audience at the Kampen Bistro the band showcases the depth of their songs to the maximum. I Cover the Mountain Top and Dodovoodoo (Dodovoodoo, 2008), Habanera Rocket (Walk the Nile, 2010), Farmer’s Secret and Actionpack1 (Greatest Show on Earth, 2018) and the marriage of Skink / Fugl Fønix is expectedly about 3 minutes longer on average, full of energy and passion stemming primarily from Storløkken’s fiery and exuberant style. Everything’s great here, we only missed one selection from Silver Mountain and of course the presence of the great Reine Fiske and guitar in general (but he’s present in Psychedelic Backfire II).

Friday July 31st, 2020 News Comments Off on Listen to the first single from Motorpsycho’s upcoming album ‘The All Is One’