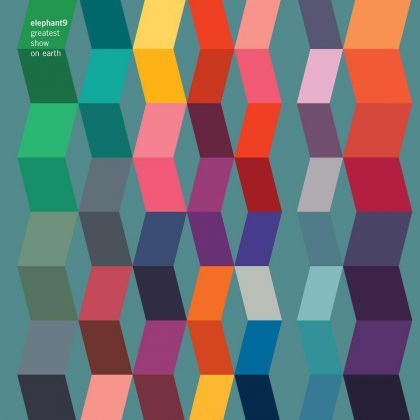 After two awesome albums with the participation of the exceptional Swedish guitarist Reine Fiske, the Norwegian jazz-prog rockers return to a power trio format for the first time since 2010 and their impressive album Walk The Nile. With this year’s Greatest Show on Earth, they once again build their sound on their keyboard-driven prog, with the absence of electric guitar slightly changing the style we were used to in their last two releases.

Good but not exceptional

The second major difference compared to their latest album Silver Mountain is the durations of the songs, as the long, epics that span up to 20 minutes have been replaced by more solid and shorter compositions, with the total duration of the album being less than 40 minutes. However, the two main musical axes of Elephant9 remain the same. These are the inspirations of the talented keyboardist and band leader Ståle Storløkken on the one hand and on the other the unmistakable and precise rhythm section of Nicolai Hængsle Eilertsen and Torstein Lofthus.

One would say that here the Norwegians present two different faces. One is based on a more trippy jazzy and hypnotic psych / prog style, as clearly seen in the opener Way Of Return and Mystery Blend, but also in the melodious Farmer’s Secret. The other, which brings to mind the material in Silver Mountain, is based mainly on the restless jam spirit that we have become accustomed to, with diffused energy and experimental mood. Such characteristic songs are Actionpack1, Dancing with Mr. E and Freaks.

It is more than certain that the high level of the technical skills of all Elephant9 members is undeniable. However, after the first hearings of the album, it becomes evident that compositionally it is a bit weak, as neither their jammings impress enough, nor does a particular idea or melody stick to the listener’s mind. It is possible that Reine Fiske’s absence affected them. The Greatest Show on Earth is neither a bad nor a mediocre record. It’s just that the inconspicuous heights of with Silver Mountain were not reached, but that doesn’t necessarily mean they cannot achieve them again. Besides, the quality of Elephant9 is a guarantee for more than one outstanding album in the future.

Friday July 31st, 2020 News Comments Off on Listen to the first single from Motorpsycho’s upcoming album ‘The All Is One’