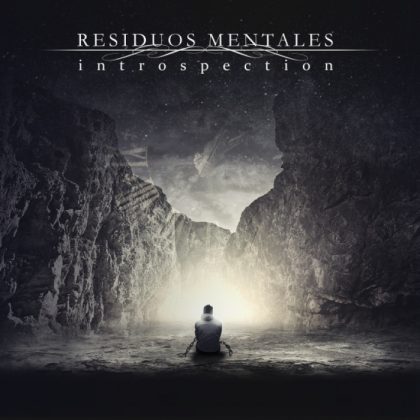 Residuos Mentales are, as it is indirectly revealed by their name, a duet. This is the collaboration of keyboardist Stratos Morianos (also member of Verbal Delirium) and guitarist / flutist Alexandros Mantas (also responsible for many English translations on progrocks.gr). Introspection is their first album, and the title describes the outcome in a very simple way. It is an instrumental album that – according to the band – “tells” (through music) the story of a man trapped in memories of the past.

The two members have almost equally shared the compositions as well as the performance in the album. Besides, the help of producers Vangelis Spanakis and Dimitris Radis, who both also play on the album, was valuable. Apart from these two, Thodoris Tzigourakos plays the violin, Fifi Alexopoulou plays Cello and Stelios Pavlou plays drums.

A beautiful palette of emotions

The name of the duet of in Spanish means “intellectual waste” and despite the negative meaning of the word waste, it is clear that Introspection becomes the ideal body through which the two musicians will “expel” thoughts and feelings they wish to express. In this sense, the listener is confronted with a work of enormous emotional weight, the main goal of which is to purify its creators. A great thing about the album is the honesty with which Stratos and Alexandros communicate these feelings, without becoming heavily melodramatic; rather building a Hadjidakian type of melancholy.

The influences of Residuos Mentales are derived from modern atmospheric progressive rock bands, e.g. Lunatic Soul. Nevertheless, there are moments where the inspiration comes from Greek music such as the music of the great Manos Hadjidakis that was mentioned above. It is also evident that the other band of Stratos Morianos, Verbal Delirium, is a big influence and especially their melancholic side. Nevertheless, there is no clear basic influence and in essence a single music genre that can fully describe Introspection.

The simplicity and the emphasis on melodies are both evident from the first minutes of the record. The atmospheric background upon which everything is built has been set up remarkably, with an intense cinematic feel lurking throughout the duration, while acoustic instruments play a key role. The piano is perfectly married to the acoustic guitar, with the wonderful Immersed being a prime example. The strings color the compositions and help in the intense melodic character. Electronic elements add to the diversity, while the few electric guitar parts act as expressive peaks. Generally, the orchestration and the performance of all musicians are thoroughly worked, although at some points the sound could be denser. However, the rhythmic part is too weak, and does not add anything to the whole result. The flow of the album is good enough and it generally convinces that we hear a single piece of music divided into parts. The main thing, however, is that most of the melodies, stand well above the average, with some of them being marvelous.

If the expression of what an artist has in the depths of his soul is the basic purpose of art, then Residuos Mentales fully achieve their goal. If they keep this level of inspiration and at the same time improve some aspects of their sound, then we will hear (or better feel) even better things from them.