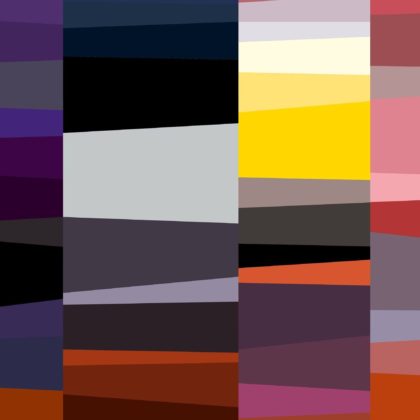 Elephant9 has already exceeded 10 years in discography (through Rune Grammofon) and is without a doubt one of the best modern Norwegian bands. One of their main advantages is that they have gained the attention of the progressive (or more general) rock audience almost as much as that of the jazz audience. Their first two albums (Dodovoodoo – 2008, Walk the Nile – 2010) were released with the original line-up (Thorstein Lofthus / Ståle Storløkken / Nicolai Hængsle Eilertsen) and sound like an ideal mix of jazz / fusion and progressive rock. The next two albums (Atlantis – 2012, Silver Mountain – 2015) were recorded as a quartet, with Reine Fiske unfolding his talent on the guitar and the result was magnificent. With Greatest Show on Earth (2018) they returned to their basic format as a trio, partially changing their style and dropping the tones, presenting a smoother sound, without though rejecting the more “aggressive” moments of the past. At the same time, two live albums were released (Psychedelic Backfire I & II) proving that they are an awesome live band.

Exquisite mix of sounds, but…

The first samples of Arrival of the New Elders show that Elephant9 will explore the smooth style of the their previous album, certifying that – so far – each of their periods lasts for two albums. It is obvious that they have acquired their own trademark sound, which ows to all three musicians, but it comes mainly from Ståle Storløkken’s playing, who once again uses his entire arsenal (Fender Rhodes, Hammond, Mellotron etc.).

So Jazz-rock is once again offered by the Norwegians, paying great attention to detail and dynamics. It is clear that prog outbursts and stormy improvisations which simulated their explosives concerts have been “sacrificed”. The psychedelic element still exists in the atmosphere, but in a more low-key version. One could say that the two unique pieces in which there is some of the sharpness of the past, are Rite of Accession and Chemical Boogie, with the second one being super funky, and making clear how awesome the rhythm section of Lofthus and Eilertsen really is. After listening to Chasing the Hidden, it is clear that jazz-funk has clearly entered the equation, while the general smoothness touches the limits of nu-jazz.

The sound of Elephant9 here is probably the best the three musicians have achieved so far. The sound and the level of technique make Arrival of the New Elders a delight for every jazz-fusion lover. In general, the album is a great opportunity for the band to gain a greater status in the jazz scene and to expand its audience. The chances of that happening are to some extent in their favor. However, with this record another bet is lost. While the ground was paved for Elephant9 to release their undisputed masterpiece, compositionally they could not follow an impeccable sound and aesthetic setting. The compositions lack moments of grandeur, although there’s no apparent flaw.

Silver Mountain remains the band’s best album. However, Elephant9 have managed to evolve their sound and they seem to be a click away from another awesome album. Do you think that Reine Fiske is this click?

Elephant9 up was a very exciting band until 2015 (when Silver Mountain was released), exactly what every friend of the jazz – prog rock blend would ask for. Slowly, the Norwegian trio began to drop the tone (2018’s Greatest Show on Earth was a decent album, without the dynamism we might have wanted), and this year returns with the band’s most synth-oriented album, written entirely by keyboardist Ståle Storløkken. Though it may sound strange at first, fortunately in the end it seems to create conditions and new bases for something better in the future. Although the talent and perfect collaboration of the three virtuosos is clearly highlighted in the most dynamic composition (Rite of Accession), their new style manages to unfold its virtues in the second half of the album, with the synths taking the leading role and the improvisations being limited. The positive impressions come from the palette of rhythms (Torstein Lofthus’ drumming is a key factor) included in these compositions as well as the fact that despite the ambitious decisions, the band maintained its playing approach, although more weight was given to one of the three instruments.

Håkon Oftung (Elds Mark): “In Norway, with so many artists making such good music, it’s difficult to be heard”