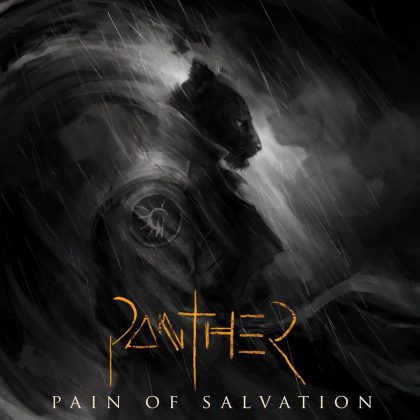 Pain of Salvation has managed to pique our interest with each new release and this alone is not easy for a band with 23 years in discography. The experimentation with new sounds, the refusal of conventions and the risks that Daniel Gildenlöw’s creative vehicle takes on each new album bring the Swedish band to the forefront, and this is often justified by the quality of each new album.

Gildenlöw’s recent health problems, the concept of In the Passing Light of Day (which lived up to expectations), the dramatic dismissal of Ragnar Zolberg and the return of Johan Hallgren six years after his replacement, and the new concept about a world inhabited by dogs (normals) and panthers (outsiders) have dramatically increased the wait for Panther.

Pain of Salvation, one of the most consistent bands in the progressive metal scene, once again honors the prog tag, not because they create something totally new (as they did at the beginning of their career), but because they stubbornly refuse to succumb to requirements of the time and the logical evolution of the bands that have existed for over 20 years. Daniel Gildenlöw, now almost 50 years old, may look younger than ever, but artistically he seems to be going through a period of “immaturity” that motivates him to try new things in the music he composes, with or without success. In Panther, he is the sole composer (in In the Passing Light of Day Ragnar Zolberg’s contribution was significant), resulting in a more consistent sound. This time, the creator chose to set aside the melodies in the main compositions of the album and invest on rhythms and their evolution, through a modern PoS prism that includes electronic sounds and rhythm guitars, in other words very close to Leprous’ approach.

Accelerator, as the album opener and absolutely representative of the new style, cleverly loops a central idea, changing its dynamics within the piece through the constant orchestration change. An ideal song to start the album off, but the positive first impressions fade because it’s basically a repetitive melody. Unfuture is a more typical low tempo composition based on Gildenlöw’s vocal outbursts, which are reminiscent of Be‘s best moments. Compared to the rest of the album, this track has the safest structure and will probably satisfy those who love the band’s older albums.

The most risky compositions are by far the title track and Restless Boy, as melody (which has always been the greatest weapon of the Swedes) is replaced by rhythm in the compositional core. The result is successful, at least to some extent, since both are cleverly structured songs that do not stretch out the short ideas and include several details that fit together (synths, vocoder, rap vocals and especially Léo Margarit’s awesome drumming). Although it is too early, the evaluation of these compositions seems to be much higher than the one for the experiment of Disco Queen.

The best compositions that maintain the “golden” balance between what PoS have always done well and what they want to achieve on their new album, are Wait and Icon. The first one has the best melodies that Daniel wrote on this album, while the second one is the classic song that exists in almost every Pain of Salvation release: the long, liberating final composition of the album where Gildenlöw is a little romantic, but in the end offers us a wonderful crescendo worthy of his quality as a composer. Fortunately, it also includes two (short) guitar solos, which are quite missing from their music lately.

Undoubtedly Pain of Salvation did manage to achieve the result they wanted in the field of production, instrument choices, electronic sounds and the change of approach in general, but there’s not a single really great composition comparable to anything they’ve done until 2004, As mentioned above for Accelerator, unfortunately the lack of ideas of the composer is apparent in Keen to a Fault, but also to some extent in Species, songs that are based either on a single idea or include a well-known compositional pattern that we first heard in Scarsick but also in In the Passing Light of Day. As long as Gildenlöw’s influences remained close to classic rock and folk influences of an artist of his age, the results were the least exceptional (Road Salt 1, 2 and most of In the Passing Light of Day). When he thought he had to get involved with innovations and modern sounds, he managed to stand with dignity, but he did not manage to sound better than the young artists of each era.

Since the release of the album’s singles it became clear that the band will experiment with electronic sounds more than ever. In Accelarator and Keen to a Fault this sound is grafted with their well-known aggressive tone, while in Restless Boy the a la Air / Daft Punk vocals coexist with the Mike Patton’s rapping style. The classical prelude Fur was placed – sarcastically I suppose – as an introduction to the album’s title track which has strong Linkin Park influences. Unfuture and Species continue in the style of the two Road Salt albums, with acoustic and heavy electric guitars, always at medium speeds. In the beautiful Wait with the appropriate use of autotune on Daniel’s vocals, the keys’ repetitive rhythm brings to mind the composition style of The Perfect Element era. Icon continues the tradition of songs that close their albums: dramatic and heartbreaking at the same time, with the necessary electric and electronic outbursts.

The emotional weight of In the Passing Light of Day seems to have worked purifyingly for Daniel Gildenlöw. Panther seems like a point of redefinition for the band, but at the same time it also manages to carry all the experiences during their long career.

Pain of Salvation: Ragnar Zolberg out, Johan Hallgren in