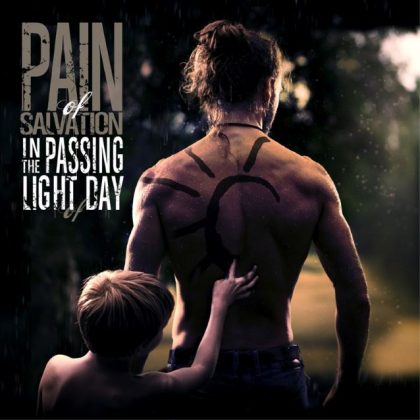 There was a time when Pain Of Salvation was the best new metal band. The sequence of masterpieces The Perfect Element Part I, Remedy Lane and Be, together with their first two amazing albums on the left in the chronological scale and on the right with the awesome Scarsick, is reminiscent of consecutive releases that only famous groups can  do and have pulled off.

Time passed, the known departures of significant band members left the undisputed leader Daniel Gildenlöw completely “alone” from the core of the basic lineup, and as a result the group ended up to be regarded in the consciousness of several fans as his personal project. The two Road Salt, are both great albums, but seem to be missing the element that will raise the level, to that of his predecessors.

We reached 2017 and the expected release of the album is already a fact.

In the Passing Light of Day, is an album that lyrically and musically bears the mark of the health adventure of Daniel who spent six months in hospital in early 2014, his life at risk by a bacterium that started to eat his flesh, but managed to come alive. With admirable strength, renewed will to create, the new album marks the return to the days of Remedy Lane but filtered by whatever followed after the release of that album. Besides the re-recording gave the first mark of return in those days.

Since the beginning of the album, it is obvious that lyrically it refers to all these feelings that came from the unfortunate incident of Daniel Gildenlöw. This is not however a description of hospital treatment, but a culmination of thoughts arising from such a strenuous mental and physical condition.

The single Meaningless perhaps the most commercial moment of the album, is reminiscent of days of participation in Melodifestivalen (selection procedure in Sweden for the Eurovision contest), without being bad, is differentiated acoustically from the rest of the album. Difficult to comment on specific songs, the album will be in lists of the best albums of the year and will probably recommend them to a larger audience.

This is what happens in In the Passing Light of Day: as loss covers the last Nick Cave album, as the upcoming death touches Bowie in his swan song, so In the Passing Light of Day is emotionally charged by its own condition and feelings. Pain, anger, creation but the difference with the aforementioned masterpieces is that at the end through a marathon of 71:46 minutes there is genuine hope. This alone is more than wonderful, isn’t it?

In The Passing Light of Day is pretty much straight forward but also a bit proggier than the Road Salt albums and quite heavy. The health issues of Daniel Gildenlöw have certainly influenced the themes and the sounds of the album which is quite dense. This means that there is a lot of music to be digested which makes the album more of a grower. The vocals of Daniel Gildenlöw are as excellent as usual, as well as some of the guitar riffs which in the heavy tracks reach even a more djent like sound. What is not as prevalent as in the previous records is the role of the keyboards and the bass lines which seem to have taken more of a back seat. Highlights after the first few listens are the opener On a Tuesday, super heavy Tongue of God and the closing self-titled song which offers a perfect and touching ending to a long album. While not one of the bands best albums, with a few drawbacks, this is very good return for Pain of Salvation which will surely please most fans.