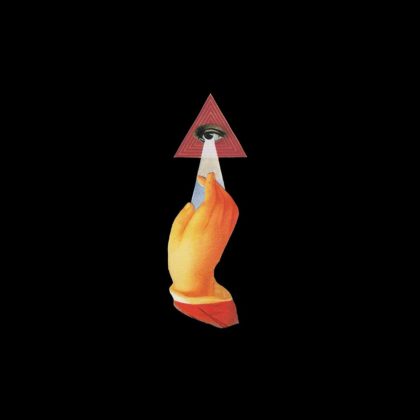 The band Simulacrum is one of the most interesting and successful musical experiments of the great John Zorn, especially for those who love the adventurous avant-garde sound. The trio of John Medeski (keys – Medeski, Scofield, Martin & Wood, Nova Express etc.), Matt Hollenberg (guitar – member of Cleric, Insurrection, Shardik etc.) and Kenny Grohowski (drums – member of Abraxas, Imperial Triumphant, Insurrection etc.) formed in 2014 and directed by Zorn, has released six great records. Starting with three releases in 2015 (Simulacrum, The True Discoveries of Witches and Demons, Inferno) and three more in the next two years (The Painted Bird – 2016, 49 Acts of Unspeakable Depravity in the Abominable Life and Times of Gilles de Rais – 2016, The Garden of Earthly Delights – 2017), they were established as one of the leading bands in the wider avant-prog / brutal-prog / avant-garde jazz / metal / rock field.

Three whole years of silence was not something expected by this band. This makes Baphomet even more interesting, especially considering that the album includes just the 39-minute title track.

The feast of opposites

The formation of Simulacrum by John Zorn marked a very special chapter in his chaotic discography. He chose not to play in a series of recordings (the self-titled debut album is probably their best), where the chaos of ideas and the perpetual experimentations of the pioneer New Yorker seemed to serve – for the most part – a more general plan.

Baphomet is probably the best recording by Simulacrum, along with their debut. It is a single composition, a parade of multiple forms of experimental jazz, rock, and metal music. Bearing in mind the classic image drawn by Éliphas Lévi which was associated with the name Baphomet and symbolizes the duality of the universe and the balance of opposites, then the album’s title must be considered more than successful. In these almost 40 minutes, Zorn emphasizes the contrasts with bright colors and creates a continuous succession of defense and attack. This listening experience may entice you into a vortex in which everything seems to happen by chance, but a main pattern is revealed in the end.

The level of performance of the three musicians that bring Zorn’s vision to life is once again breathtaking. The aggression and mathematical precision of the the avant-garde outbursts of the composition leave no room for misinterpretation, while the way they play the mildest moments is astonishing, as is Zorn’s ability to move from atonal to melody, and vice versa.

If not the best, Baphomet is cerianly the most targeted release of Simulacrum. Without, of course, any compromise, it has what it needs to reach the ears of most experimentation enthusiasts, regardless of genre. This demon is probably the most complete work in the discography of John Zorn in recent years, mainly because it functions as the perfect balancer of his diverse personality.

The return of Simulacrum under the direction of Johh Zorn, three years after The Garden of Earthly Delights, is marked with the most ambitious album of the amazing trio. The thorough listening of the 39-minute Baphomet fully justifies its title. The symbolism of the balance of opposites in Éliphas Lévi ‘s Sabbatic Goat is represented here by the constant alternation between aggressive / atonal / metal and melodic / prog / fusion parts. The chemistry of Medeski, Hollenberg and Grohowski is once again magical. It’s really hard to imagine how this music would sound if any of the three were missing. Each alternation is a different jam and their sequence forms a whole, while the direction is constantly unpredictable and the structure is constantly complex. Behind the avant-prog generalization there are parts of minimalism, drone, improvisation, exotica, jazz / fusion, prog rock, punk and many others which may not be equal, but certainly convincing for the balance of the dipole.