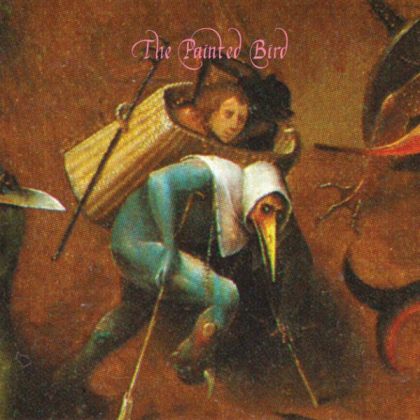 “The Painted Bird” was the third release that bore the name of John Zorn this year. From then until September three more albums of Zorn were released, but who is still surprised? No one, of course, given the known productivity of the American artist. His latest album, however, entitled “49 Acts Of Unspeakable Depravity In The Abominable Life And Times Of Gilles De Rais”, is the fifth consecutive release of the Simulacrum ensemble set up by Zorn, composed by the trio of John Medeski (keyboards), Matt Hollenberg (guitar) and Kenny Grohowski (drums). This particular band had been first presented to us in the album “Simulacrum” which had hooked us last year and was ranked very high in our chart for 2015. In “The Painted Bird”, two musicians are added to the line-up: Kenny Wollesen and Ches Smith on percussion.

Faithful to what he has partly created, that is music with a relentless experimentation, John Zorn has once again something to offer that could be described as a “sound thriller”. That is not because his music conveys something scary, after all, such sophistication could only bring funny results as the last decades have proved. However, the dominant element of surprise implants a type of “agonizing waiting”, precisely because the listener is biased that Zorn would not provide anything predictable.

While listening to “The Painted Bird” two things make immediate impression. The first is the weight given to the percussion on one hand and on the other the jazzy encounter of all these into compositions that at times are on the edge of metal (e.g. “Plague”). There is no doubt that the Simulacrum ensemble set up by Zorn (Medeski, Smith, Wollesen, Grohowski, Hollenberg) created an album of high quality. However, unfortunately, such releases are accessible only to the patient listeners and to those with a peculiar taste in music. On the other hand, albums like this cannot be challenged as to their actual quality.

The amazing match of Medeski, Hollenberg and Grohowski is confirmed once again in the technically extremely demanding “The Painted Bird”. The particularity of this album is mainly the emphasis on percussion with the addition of Kenny Wollesen and Ches Smith. Aggressive phrases herein are interwoven with congas and Voudun drums and the result is apparently less “raw”, though the material is still inaccessible to the uninitiated. The modern jazz structures with metal expression in an experimental environment do impress, especially because they are completely unpredictable and most of them are quite unconventional. Finally, even though the attitude does not change almost at all and inspiration is limited, listening to this album is an adventurous experience to say the least.