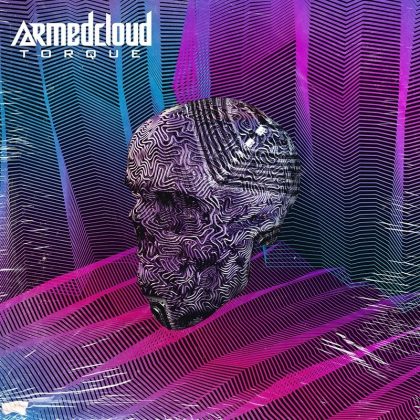 Armed Cloud from Nijmegen, Netherlands were formed in 2010 and two years later released the EP Shroud of Rain. Their debut full-length album entitled Obsidian Desert was released through MaXxive Records in 2015 bearing the identity of the band’s progressive metal sound. Master Device & Slave Machines was released in 2017 through Freya Records and it was obvious that the Dutch band had a clear intention to evolve its sound in a rather bold way.

This year’s Torque is Armed Cloud’s third album and certainly the most ambitious and mature to date. In times without concerts and tours, a band’s success depends on how many people listen to its music. In this case, Armed Cloud can attract listeners with different musical tastes.

Multidiverse prog out of the ordinary

The Dutch progresive metal / rock band Armed Cloud is back with their third full-length album titled Torque. From the beginning and their first record Obsidian Desert in 2015 they were ready to blend different styles of music and influences, and somehow create a unique brand of progressive metal / rock sound. That story continues on the new album as well, but there is a change in the line-up. The original guitarist and founding member Wouter van der Veen left the band, and the new guitarist is Kay Bouten.

After the very first spin, the album caught my attention with its strong compositions and high level of technique, and it is obvious that the band plays a highly energetic form of progressive metal mixed with a decent dose of catchy alt-rock, in the veins of old Muse and the American band Three. Their singer Daan Dekker has a warm, emotional, and at times odd sounding voice which is a huge part of the music of Armed Cloud. Sometimes his tone reminds me a little bit of Matt Bellamy like in the first single off the album, Heart of Darkness. You will be totally blown away by the drum sound in combination with the crunchy guitars. This powerful song works perfectly with Daan’s voice. Wound in my Heart is my personal favorite and shows the emotional side of Armed Cloud as the speed has slightly decreased and keyboards are taking the lead, although the guitar gently steals the attention with an inventive solo.

The retro and warm keyboard sounds (which sometimes remind me of Marillion) are spread over the compositions, sometimes taking the lead or just making sure the atmosphere in each song is just perfect. If you focus on the rhythm section, there is always a close relationship between the kick drum and the bass sound during the entire record. The album closer Awaiting the Sound of the Chimes is the longest song here which should appeal to any fan of 90s prog metal. Despite the fact that the band uses very similar stylistic ways (high pitched vocals, not too tricky prog rhythms, melodies with heart but not very pompous), I find Armed Cloud somehow smarter and fresher than many other bands which are still swimming in these waters. This great prog track is filled with dramatic tempo changes, theatrical keyboards, strong guitar solos and a stunning rhythm section, and it simply allows all band members to shine and show their talent. Unfortunately, there are only five “real songs”, because there are three intros / instrumentals. Judging by the creativity and ideas, I think that the band could offer us two or three more songs. Armed Cloud have already established their sound and style which can only get better with each new release. If you are a progressive metal / rock fan, this is a release well worth checking out.

Third album for the Dutch band Armed Cloud and the difference compared to the previous ones is that guitarist Kay Bouten has replaced Wouter van der Veen. The album begins with a creepy introduction (Torque), and from the second track the album starts dynamically at a fast pace with the guitars stealing the show with great metal riffing. In the process, the songs become more and more melodic and calmer. The sound here is alternative progressive metal, and I’say they kinda reminded me of Coheed and Cambria and Thank You Scientist. The vocals alternate from clean to brutal very often. The songs that stand out are Big Bang Theory, with a characteristic melody that pushes you to start headbanging and Wound in my heart, a more and more atmospheric melodic song and than the previous ones with groovy guitars, while the album closes with the twelve-minute Awaiting the Sound of the Chimes. In general, it is a very good and thoroughly worked album in terms of composition and production. There are tracks that captivate you from the first listen and others that need more spins to appreciate them. I believe that Torque is another stage in the evolution of Armed Cloud after Obsidian Desert and Master Device & Slave Machines. Will you join me on a journey? I think it deserves your attention.