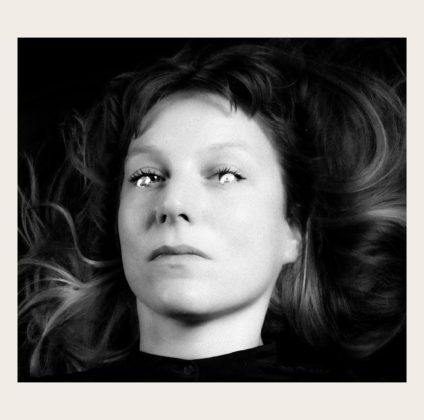 Without a doubt, Hedvig Mollestad is totally committed to her music and has reached the pinnacle of her creativity. Tempest Revisited is her third album in 18 months and this is even more impressive if we take into account how good the previous two were. Her first solo album was a masterpiece, while her trio’s sixth album is probably the band’s best album to date. Tempest Revisited could just step on these achievements and the truth is that no one would accuse Mollestad if she had done so, but from the first notes of the new album, it is obvious that she wants to do something quite different here.

Tempest Revisited is inspired by The Tempest – Suite From the Ballet, perhaps Arne Nordheim’s most important work, which was chosen to be performed at the opening of Parken, the new cultural house in Ålesund, birthplace of Hedvig Mollestad. And it is extremely impressive how a work of modern classical music is transformed into atmospheric jazz-rock with avant-garde jazz and progressive rock elements, sounding like a narrative soundtrack of a Norwegian film with few dialogues, which can stand by itself. Well, that’s because these beautiful images are actually generated by the music and this is probably the greatest artistic achievement in Tempest Revisited.

Once again, Mollestad’s orchestration is genius. The three saxophones operate perfectly as a multiple lead force, Eberson has an equally important role as in Ekhidna (e.g. in the tracks Winds Approaching, High Hair), while the rhythm section of Frønes and Bjørnstad is exceptional both in pure jazz and rock parts. Finally, as the first among equals, Mollestad manages to shine throughout the album as a riffmeister (Sun On A Dark Sky, High Hair), a lead guitarist (Kittiwakes In Gusts) and more importantly as a “narrator” with her masterly soundscapes in the 11+ minutes of absolute beauty in 418 (Stairs in Storms). The ease with which she moves from jazz to rock is at least admirable. Her unique talent lies mainly in how effective her playing is to the listener and once again proves she is one of the most important electric guitarists of our time.

Tempest Revisited is not based on catchy compositions, even though there are such moments on the album. In an environment of high aesthetics where jazz seems to flatter rock, the imposing atmosphere is absolutely successful, and as a whole, this is a tough bet won with ease upon every listen.

One of the main features of Tempest Revisited is that it is not the natural follow-up to Ekhidna, and it’s also quite different from Ding Dong. You’re Dead. It is a unique one-off addition to Mollestad’s discography, although her trademark playing and her aesthetics remain intact here. Just a few months after her groovy jazz-rock attack, she chooses to present her moodiest record to date. According to Mollestad, the Norwegian weather affected the idiosyncrasy of the album and this is clear in the many changes in the musicians’ moods as well as their effort to create extensive soundscapes between compositional peaks. All band members make their presence evident through, but Mollestad is once again shining between equals, with her so characteristic essential playing style. Tempest Revisited is another strong addition to her discography and yet another proof of her compositional and playing talent, as well as the high aesthetic quality with which she approaches her art.