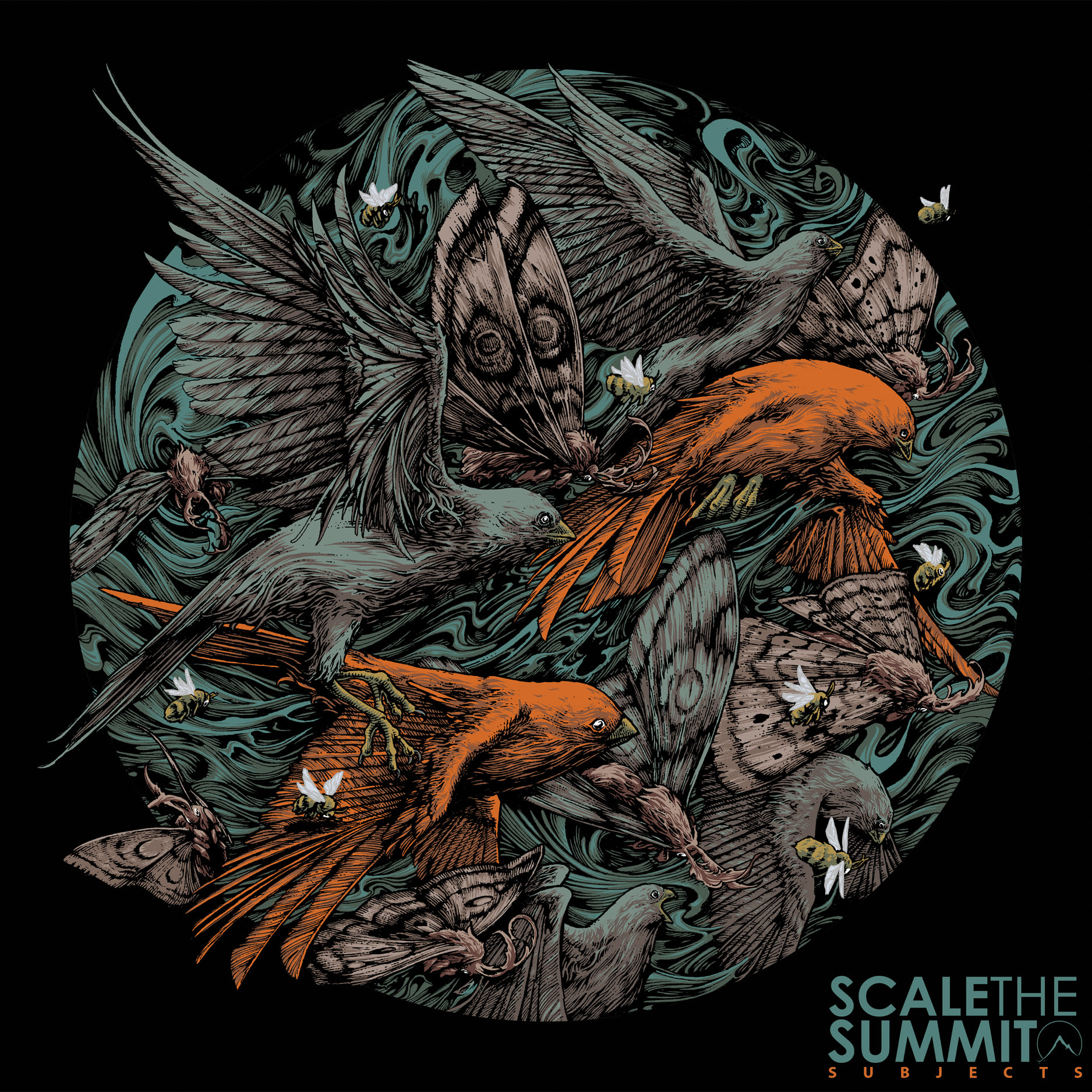 Scale the Summit is in its 17th year as a band and has already released six albums, and these are what we call seasoned musicians, although their music is not well-known enough in the US. The band started as the artistic vehicle of childhood friends Chris Letchford and Travis Levrier, who as music students wanted to show how they perceived technical metal. They made a name for themselves relatively quickly and signed to Prosthetic Records (Lamb of God, Gojira, Animals as Leaders) and toured with Dream Theater and Between the Buried and Me. Scale the Summit is a quality progressive metal band with djent elements, which stood out with its pure sound and its strictly instrumental direction. In their new release, however, this has changed, since in every song there is a guest singer and now only Chris Letchford is left from the founding members.

Subjects is the second album of Scale the Summit as a trio and right after the very good and the most successful album of their career In a World of Fear. Chris Letchford has taken on both rhythm and lead guitars, Kilian Duarte plays bass and Charlie Engen is the drummer, maintaining this jazz trio-meets-metal aesthetic. This time they are more melodic and their sound is even clearer and more direct, while the rhythm section is at its best since it has found its chemistry. There are also no guest guitarists in the solos of the songs, a fact that creates coherence, but also removes a bit of the element of surprise. Of course Letchford’s work is amazing, as it has a very nice melodic tone avoiding pointless shredding. In general, the production of the album is clean and has a live aesthetic that makes it warmer.

However, the big difference compared to all previous albums is the existence of vocals by different singers. Eight compositions, seven male and one female singer give another dimension to their sound, as they really enrich the compositions by making them more direct. Everyone sings with clear melodic vocals sounding close to TesseracT, something undoubtably positive, but even here so many different artists subtract from the coherence of the album. Of course what they do makes sense, because each track has its own character, so a different voice is needed. And since we are talking about songs, those that stand out are Don’t Mind Me and The Land of Nod (female vocals) which are up tempo, while A New Way is my personal fav, a djenty song in which the voice is very reminiscent of Joe Bonamassa! In general, the record is balanced without fillers and this is very important for a band’s seventh release and a genre with many particularities.

The album is aimed mainly at fans of technical metal and djent, but perhaps the very melodic compositions will introduce them to a wider audience. However, even though the album flows nicely and quickly, you will hardly listen to it after years (if you’re not a fan) because it has nothing to stick to. In other words, Scale the Summit have released another very high quality album, now adding vocals, but it lacks something to be considered a classic in the genre.

The excellent technique of Scale the Summit is so obvious that it can be perceived even by the most uneducated listeners. The crystal clear production balances and perfectly highlights all the instruments. In the compositional part, the experienced listener will hear many known and familiar things. Cynic, Animals As Leaders and TesseracT among others define the sound perhaps to a greater extent than it should as I cannot distinguish something very unique in terms of personality. From there on the album sounds pleasant without very big moments. While everything is thoroughly worked, the great melodies and musical tensions are missing. This does not make the album bad or mediocre, but it does make it a little predictable and a bit flat. The participation of Ross Jennings gives an extra interest to an album that will not disappoint but will not easily excite a progster. If the amazing bass and drums are combined with really great guitar melodies on the next record, we might be talking about something great.