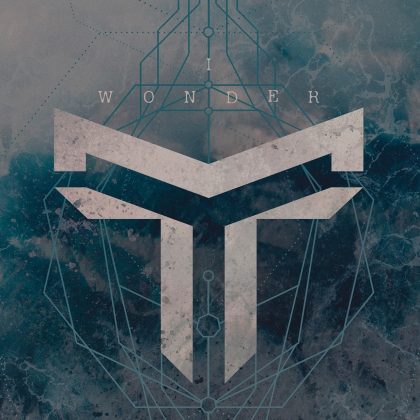 One year after the release of Are We Soldiers, Teramaze are back with a new album and some line-up changes. This is no surprise to their fans, since before the four-year break they were releasing almost one record per year and there were changes of band members. On their sixth album, the rhythm section remains the same, but the change on the lead vocals and the reduction of the use of keys differentiate their sound once again. However, the dergree of change when the lead composer, Dean Wells, has almost turned the band into a one man project, is another story. In I Wonder Teramaze present their new line-up. Do they have something new to give? Let’s see…

Back to the roots

What happens with Dean Wells (the band’s leader) and his music productivity is really impressive. Every year he releases a new album lasting more than an hour and all records range from good to amazing. He’s an awesome talent and a rare phenomenon. In I Wonder, apart form the guitar, Wells takes over the keys and the vocals. On the keyboards he is not as impressive as on his main instrument (of course the music is more direct this time and maybe that’s why), but on the vocals the man is incredible. I do not know what happened, but if he sang like that before why did the band have other singers?!?!? He has a strong voice, sometimes aggressive, but mainly clear and with a great range. The rhythm section is technical enough for a prog band, but a bit more rock this time, which gives a nice contrast to the heavier guitar playing. Needless to say, the production is once again amazing as on any of their records.

Musically, Teramaze stay true to prog metal and sound a bit like early Redemption, without so many keys though, but I Wonder has too much personality to simply remind us of something else. That’s the good thing, that while they tend to become a solo project, they look more and more like a band, since the album brings to mind their old albums (it’s dark, but not as heavy). The compositions sound better than in Are We Soldiers and I would put it somewhere close to Esoteric Symbolism and Her Halo. They seem to have a stronger rock element, and this is very obvious especially in songs like Ocean Floor, Only Daylight and the title track. The songs are mid-tempo, with less guitar distortion, mainly based on the singer’s performance. In my opinion, this change suits them and makes them even more special. Of course, there is no lack of pure prog metal such as the djenty This is Not a Drill, the Dream Theater-ish Idle Hands or the aggressive A Deep State of Awake, which fortunately are given through their own musical prism. For example, the djent guitars are just accompanying, and the aggressive parts are scattered moments in each piece and not the main theme. Sleeping Man is my personal favorite, with an incredible chorus and melody on the keys which reminded me of Evergrey, but this is proggier and poppier as well. The hit of the album!

I Wonder is an album that re-introduces Teramaze, this time more mature and ready for an even bigger audience. A modern prog album with fresh ideas and amazing assimilation of their influences that now puts them on the same level with bands like Haken or Threshold. An album that all prog metal fans should listen to.

Just one year after the release of Are We Soldiers, the band returns with material that lasts more than an hour. I Wonder is the third Teramaze album in a row with a different lead vocalist. This time, the guitarist, composer and leader of the band, Dean Wells, takes on the dual role of singer and guitarist and he’s more than successful. If nothing else, all this shows ambition and raises the bar of expectations quite high, and let’s not forget that Teramaze have many years of experience in the genre. Their melodic progressive metal with references to djent, incudes some great pieces like Idle Hands and Ocean Floor (with an introduction that reminded me of their compatriots Voyager), songs full of melody, once again tremendous work on the guitar, and a feeling of melancholy running through them. Without signs of exhaustion, their sound presents a mixture of progressive and power metal that is hard to find in such high quality today. The band’s ambitions go hand in hand with theur talent and I Wonder is the successful composition of the two.