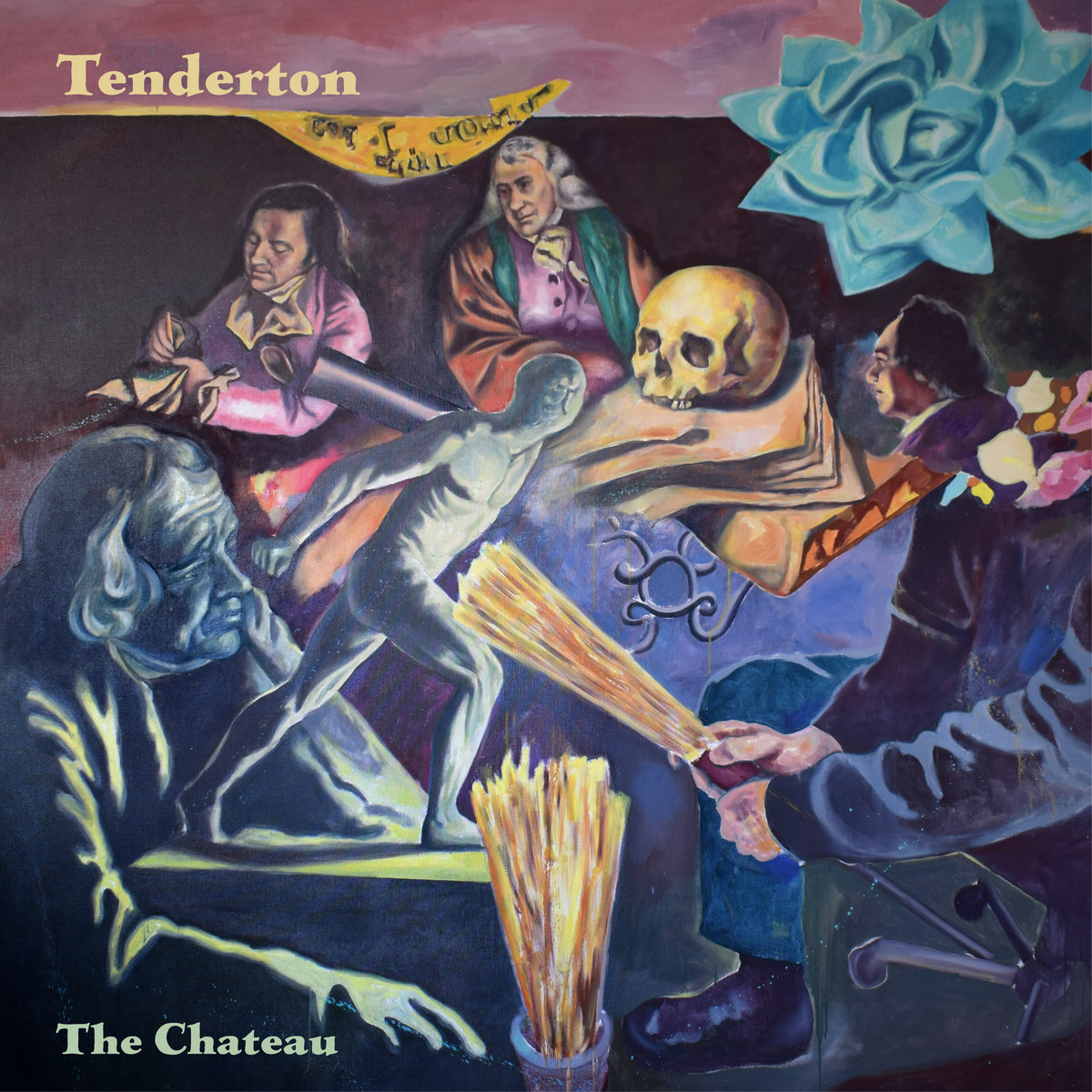 Arild Hammerø is one of the greatest almost unknown musicians of his generation. The quality of the projects in which he participates is always inversely proportional to their access to the general (even for underground standards) public. Of course it would be unfair to mention only Hammerø as the main driving force behind the band, since all four musicians (Arild Hammerø – electric & acoustic guitars, Marius Simonsen – drums, percussion, tubular bells, marimba, vibraphone, Haakon-Marius Pettersen – clavinet, Rhodes, organ, synthesizers, mellotron, Morten Kvam – bass) work here as parts of a single unit. It’s been six years since Tenderton’s excellent self-titled debut (check our reviews here) and the four Norwegians are back with a slightly different style, keeping however their core features.

A castle built with great melodies and no stress

In The Chateau, the listener will once again enjoy progressive rock of wonderful fluidity, carved, one might say, without a single trace of “angles”. The jazz elements here are more present in the playing style and less in the structure of the compositions, while the long passages of the debut album are more limited here. Hammerø’s guitar and his characteristic slide style shines and is the main expressive vehicle (in the first two tracks he is accompanied by guest guitarist Ronni Le Tekrø). On the other hand, Haakon-Marius Pettersen wonderfully fills the sound with his keys. Even though the melodies and the way they are pronounced are the greatest element of the record, the result would not be as attractive without the playful rhythm section of Marius Simonsen and Morten Kvam, both main contributors of the aforementioned fluidity of in all tracks.

The opening track titled Cat begins with Hammerø’s trademark slide sound and is perhaps the most Atlanter-ish moment on the record. The composition leads to a wonderful mid-section through a perfect development until it returns to its original groove and a perfect atmospheric closing. A Night At The Chateau follows a more gradual development, bringing back some post-rock memories from the band’s debut album, although it turns into a full-on progressive rock track. The Garden Miracle that follows is a beautiful two-minute track, with a strong Scandinavian air and melodies that sound classic. A real ear candy. The Sun continues to remind us of Tenederton’s skill in developing tracks, with Pettersen shining through with his playing. Mirror which closes the record is the only track over 10 minutes. The continuous suggestive playing of the rhythm section gives Hammerø space to weave a few more moments of jamming guitar ecstasy, until the song is brought to a jazzy closure with Pettersen taking the lead role.

Overall, Tenderton managed to surpass their debut album, keeping their jamming character, while investing in composing melodies that stick to mind, and avoiding formalism. The four Norwegians play progressive rock free of any attempt to make it difficult to listen to, while managing not to sound easy to digest at all. They play without feeling any obligation to sound modern, managing not to sound necessarily retro. The Chateau seems to have been created without any stress from the musicians and this is something the listener understands from the first notes.

Although it was recorded in October 2020, The Chateau was released this year and just one listen is enough to prove how successful is the return of Arild Hammerø’s project. Tenderton remain an instrumental band, but their style has changed significantly since their excellent debut album. The jazzy elements have been noticeably reduced and progressive rock is clearly dominant here, with the psychedelic elements adding significantly to the cinematic character of the music. The main themes in all the tracks are absolutely specific and the driving force behind everything is the ethereal melodies that manage to convey a sense of relaxation to the listener, even at the points where the energy levels are at their highest. The Chateau is one of the most effortless albums of recent years, an achievement of the flawless collaboration of four excellent musicians and a huge step up from the band’s great first record. This is one of the best albums of 2022, no doubt.

Arild Hammerø: “I always try to create a feeling of hope or some sense of potentiality for something new to happen”

Friday October 16th, 2020 INTERVIEWS Comments Off on Arild Hammerø: “I always try to create a feeling of hope or some sense of potentiality for something new to happen”