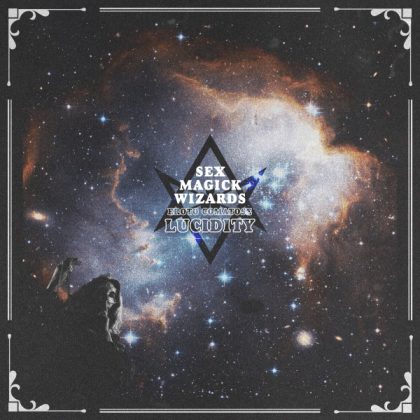 Every presentation of a Norwegian band’s debut album has gained a special interest in the last several years. Lately, the new additions to an already rich rock / jazz scene have been numerous and equally interesting, with substantial experimentation as a common element.

Sex Magick Wizards interest us for many more reasons. The title of their debut refers to the sexual practice technique formulated by occultist Aleister Crowley and is based on exhaustive sexual stimulation until contact with a higher power. Led by guitarist Viktor Bomstad, the energetic quartet moves between jazz, noise, progressive and psychedelic rock, while no one can guess the very young age of the band members.

When Norway does acid

I am not sure what’s in the water in Norway, but the barrage of amazing music coming from there (and Scandinavia in general) the last decade is borderline frightening. The scene there shows an incredible maturity as if they have been leading the way for years and years beforehand.

Sex Magick Wizards is another one of those bands that come from Oslo and just released their debut album Eroto Comatose Lucidity. Three words in one way or another describe perfectly the free jazz sounds of the album. Palpable sexual tension courtesy of the sax phrases, intensely hypnotic interactions between musicians and a clearly expressed vision for the sound of the band. They combine free jazz sounds with early guitar hero (Hendrix, John McLaughlin) influences to create an album that sounds like it could be made decades ago at a time where artistic expression was the motivation for music rather than sales, acknowledgment, shares and likes.

From Babylon Working the strengths of the band are eminent. Great interactions of the rhythm section with the saxophone and the saxophone with the guitar. The song ends with a showcase of Sigrid Aftrets’ talents with a sax solo that seamlessly leads to the next track, Eroto Comatose. The ever moving rhythm section of Axel Skalstad on drums and  Henrik Sandstad Dalen on double bass create a great atmosphere in the beginning of the song and a great groove at the end of it with the guitars of Viktor Bomstad leading as another Hendrix or Robert Fripp. And while synthetically the band might not be reaching the highest of highs as their influences, the overall vibe the radiate definitely brings them to mind.

The next two tracks bring the groove up with Apep Dance being probably the best 5 minutes in the 40-minute-long album. The groove will undoubtedly make heads bob with the guitar and sax providing some violent enthusiasm to the compositions. And that’s the big win of this album, even though its completely instrumental, the riffs and the sax phrases are managing to create memorable melodies that could be hummed along while you’re letting the groove get you.

Ultimately, the enthusiasm and the big energy that the band has to create complex sounds and showcase their skills, brings one flaw which is that there are no real breathers in the album other than the closing Love Is The Law. A magnificent track with soulful saxophone and a more spacy mood but there are moments throughout the album where the band would need to relax and break out to a more psych and space mood to allow the listener to realize what they just experienced.

Nevertheless, this is a statement of a debut album and Sex Magick Wizards will definitely keep us busy in the future with their mysticism, enthusiasm, talent and attitude towards music and their artistic expression.

Although the title of the album refers to one of Aleister Crowley’s sexual practices, here we are not dealing with another occult band, but with one more jazz band from Norway.

The opener Babalon Working is a passionate jazz improvisation that grabs you directly from the throat and brings John Coltrane and Miles Davis together in a contemporary context. Then the speeds drop and still based on jazz, the compositions are decorated with psychedelic rock elements. For example, the guitar solo in Eroto Comatose could have resulted from some improvisation of a young Jimmy Page and at Apep Dance we encounter a brief reference to Jimi Hendrix’s Foxey Lady. The technical training of these pure jazz musicians is amazing. The use of the saxophone is constant, as are the guitar solos. Particular reference should be made to the great drumming.

The band is testing its strengths with compositions that appeal to well trained ears.