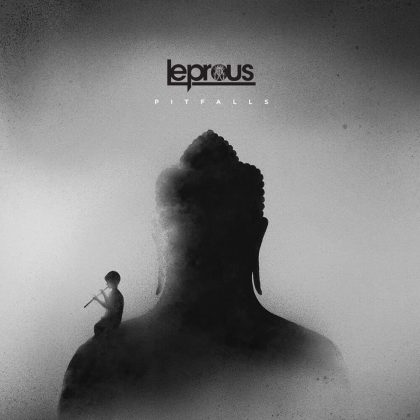 In a decade of inventive creativity, constant discography presence, and increasing popularity, the recognition for the Norwegian Leprous is a nice result that constantly leads them in new paths, tell stories and unravel their Art. An Art, that doesn’t seem to compromise with anything and follow the safety of repeats, but contrary they reinvent new expressive refrains. Leprous are the current stars of a progressive tendency, that instead of remaining stale in the “musts” of the progressive genre, they break them down and recreate them. This breakdown that the Norwegians manage is the epitome of progressive in the music of the metamodern era. They deserve the title of leaders.

Challenging of limits and rules that are set by genres

Leprous are unequivocally offer some (more or less) pop, as the new progressive expression of modern prog music. The honest statement of their singer and keyboardist (and also leader) of the Norwegians, that in the previous time period, after the exceptional Malina, was hard for him in a personal level, because he had to battle with issues that plague modern societies and they degrade human existence itself. Stress, depression and psychological problems led Einar Soldberg in a deep pursuit that led him in Pitfalls working like a psychotherapeutic experience, that led him in a catharsis through the creative process. Therefore, lyrically but also audibly the life experiences that Einer deposits here have as a result is something that has a big personal imprint. Something that is eminent in Leprous anyway due to his unique vocal performances that were there even in their debut.

Therefore, the direction of the album, like they also try to emphasize with every new release, is totally different than the previously acquired. And it’s not only the turns and the gazes that they have already done in their previous works to a more art pop direction, but it’s the labyrinthine compositions that they build with a more minimalist tendency. And that’s evident in tracks like Distant Bells and the amazing slow build until the explosive finale, but also in At the Bottom. Even though they first released tracks like Below and Alleviate, so that they can prepare their audience for the complete different progressive direction they’ve chosen, but through the album is so rich in sounds and emotions that when The Sky Is Red  that closes with a completely different mood (actually what’s happening there?). The tendency for experimentation is always present, the influences from Radiohead, Massive Attach are integrated even more masterfully in their sound and of course their more prog moments are there, next to the more pop ends. What Leprous have managed is not the exculpation of the pop soundscapes in combination with the absence of guitar riffs, but the creation of a new prog hybrid that is based always in the melodic nuance and in the star performance of Einar and it leads their sound in new adventures that even they themselves don’t know where it will lead them. For example, there is I Lose Hope, and Alleviate, that are songs that have nothing in common with any songs from Malina, but they sound characteristic Leprous songs like From the Flame from that album , or The Valley from Coal. Different band, same passion to create.

Pitfalls seems to be evolving in two different sectors, but without it losing its thematic homogeneity and the general atmospheric mood, with At the Bottom being the connecting link between the two parts. In the first half the simple forms dominate, with the voice of Einar, the keys and the baselines being the centerline, while in the second part the guitars start to create the conditions, so the drummer Baard Kolstad can shine, who is wild whenever he needs to in order to introduce the Leprous of the previous two albums.

In whole, the album is characterized by a melancholic atmosphere, while the stressful, claustrophobic orchestral parts that run through the compositions, bring out the introversion and the intense psychological mood of the composer. Under these circumstances, the strings reappear and enrich the songs with the electronic drums in many parts. Leprous manage with their every discographic suggestion to refresh the expectations and their ambitions towards the “progressive” like a stance and not as a genre. Pitfalls is a daring step towards a direction, that the Norwegians define, not follow.

After I express my absolute satisfaction for the stance of Leprous to not move in a safe region that they themselves create in their last few albums, I must admit that they managed perfectly to extend their sound in fields that are harder for prog metal musicians, without them losing a single gram from their character. Pitfalls is a dark progressive rock ensemble of tracks with clear pop melodies, unbelievably rich orchestrations and mostly convincing compositions. The melodramatic tone of Leprous is a big trap for many groups that try to play in this field. And here we have the factor of Einar Solbergs voice, who with his performance in tracks like Below or Distant Bells he shatters al doubts about who is the new frontman star in the European rock scene. And maybe that train of thought goes far regarding stardom, but their sales and the constant sold out headlining tours prove just that. A second read of the evolution of the sound of the Norwegians, could identify the weaknesses in tracks like Observe the Train or Alleviate, mainly due the ease by which they offer us a verse or a chorus and that absolutely relates to the simple structure of the songs that is clearly targeted to a less educated audience. The big victory of leprous in Pitfalls is that they manage to make their music more accessible without it becoming cheap. Hats off for that.