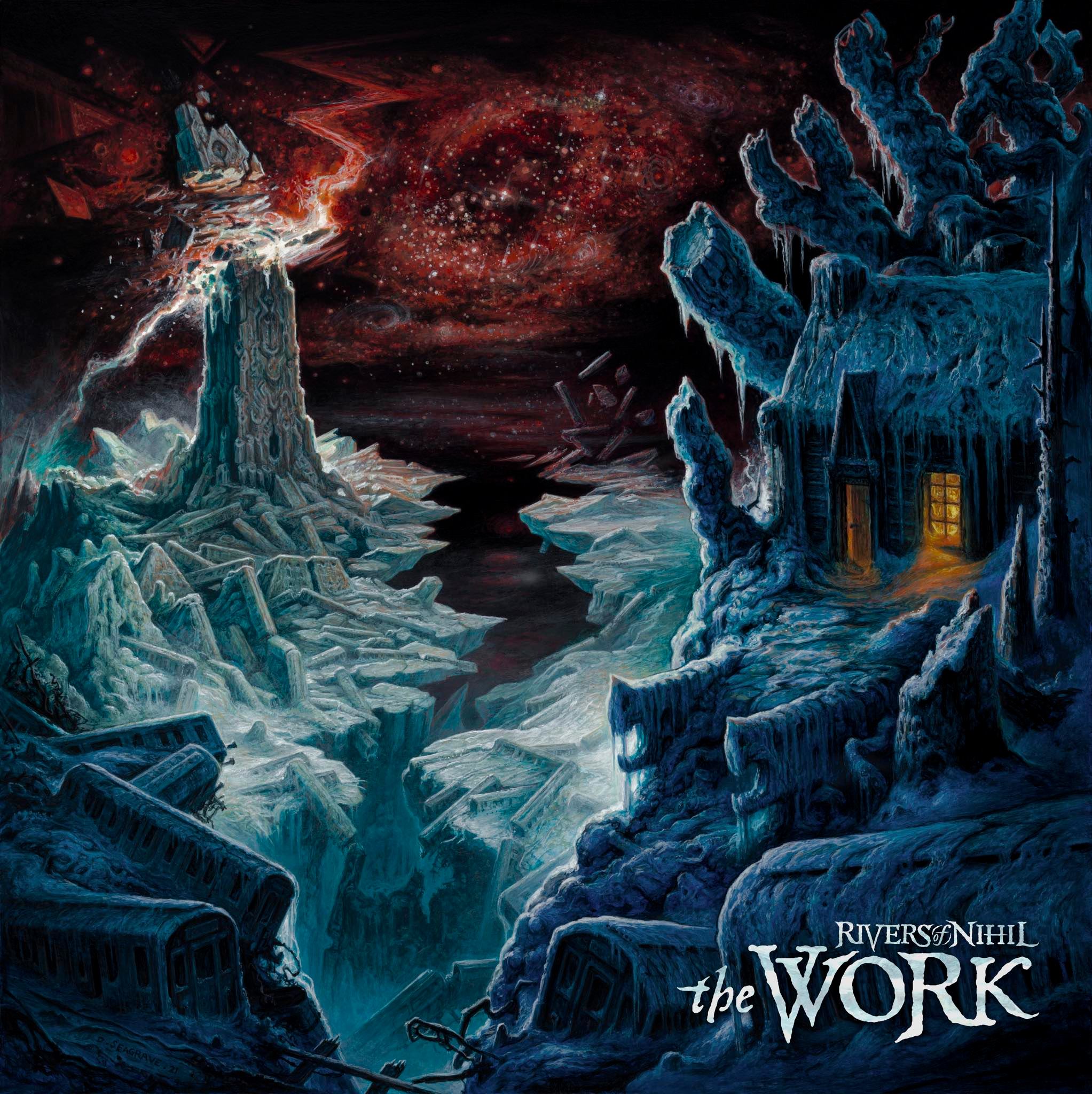 Rivers of Nihil is already 12 years old, but having produced four albums they have not been recognized as widely as they could be.

The band’s second album, Monarchy (2015), was their strong card until the next Where Owls Know My Name (2018) which was found in some of our editors’ lists regarding the best albums of that year, due to the successful mix of that gloomy atmosphere with very interesting progressive elements and its technical perfection. A large portion of the press also embraced the album, and as a result great anticipation was created for the fourth effort of the American quintet. The Work is finally here with expected and unexpected results.

The thirst for progress overshadows balance

From the first notes of The Work it is easy to understand that Rivers of Nihil wanted to strengthen their progressive side with intros, interludes, postludes, quite complex compositions, and emphasis on the less extreme aspects of their musical edifice. As they’ve demonstrated they have the skills, but are they enough on their own to support this path? The question cannot be answered unilaterally and without reservation.

Personally, I did not expect to prefer compositions that focus on lyricism, dreamy aesthetics and the absence of roughness, but this is what happened. For example, Wait with the Gilmour-ish aesthetic and the dominance of clean vocals by Adam Biggs (bass) and Jared Klein (drums) over the lead singer Jake Dieffenbach and his growling voice. Along with the following Focus they are perhaps the most representative Manichaean duo (light, darkness) of the inherent substance of this album. Special mention should be made to the poetically titled The Void From Which No Sound Escapes which manages to harmoniously link roughness with prog. The collaborations of the musicians in the relatively simplistic but elegant, slightly melancholy but at the same time optimistic Maybe One Day are also very beautiful. It is true that the introductions of several tracks or their acoustic passages are more appealing compared to the extreme parts.

This is due to the collaboration of the two styles in the album which is not always successful. For the sake of progress, heaviness has dropped considerably and the result is less dynamic. Overall, this is not necessarily bad, but Rivers of Nihil had impressed in the past due to their potentially explosive nature. In this case, only two compositions offer what one would expect after listening to Where Owls Know My Name. If you want to look for the alchemy of the past, then MORE? and the last track, Terrestria IV: Work, deserve your focus, even though the latter ends up less impressive than it promises.

All in all, The Work confuses me. The musicians show a maturity and though there’s no one can doubt their skills, the whole construction is asymmetrical with long intros and the creation of a sense of anticipation but the flow seems out of control and the sound waves shatter the compositions, instead of the composition being the breakwater.

The lyrics are effective as life is the result of a continuous “work”, whether cerebral or mental or whatever each of us has chosen. Joy, success, sorrow, despair and contemplation are all its results. Therefore, we are intrigued to listen to the thoughts of the artists as they are narrated through the music.

I admit that I would like to hear an album kind of a different type of Opeth’s Damnation from Rivers of Nihil because their ambitions show such an approach. But the result does not create the excitement I felt four years ago.

An artist has every right to experiment and evolve. It will definitely take a lot of work to understand this album and although time may prove me wrong, I dare say that a more targeted approach would be much more effective than redefining identity which led to imperfect coherence. Is this discontinuity capable of stigmatizing the whole content? No, there are several benchmarks and really quality content, but it is not the exponential music launch that many would have expected or hoped for.

The trap into which many death metal bands fall is that they adopt a more extreme musical profile as an evolution of their sound, and as a consequence they reach a dead end. Fortunately, Rivers of Nihil avoided this with The Work, as evolution came from the awesome work they have done in composing the tracks and weaving many different elements into their songs (clean vocals, mid-tempo parts, djent passages, spacy keys etc.). The death metal riffology is tied to a prog logic of structure and so the band builds compositions reminiscent of the recent albums of Between the Buried and Me, delivering a very progressive album to the extreme sound. Tracks like my favorite Maybe One Day and The Void From Which No Sound Escapes are aimed at a larger audience with their rock logic, while MORE? and Clean show that they do not forget their origins. A big plus is that The Work does not replicate its predecessor by reducing the use of the saxophone, but instead has a strong Pink Floyd mood creating something really special. The album really excited me because it’s full of personality and also breaks the barriers of extreme metal. I personally consider it one of the best records of the year, if not the best.