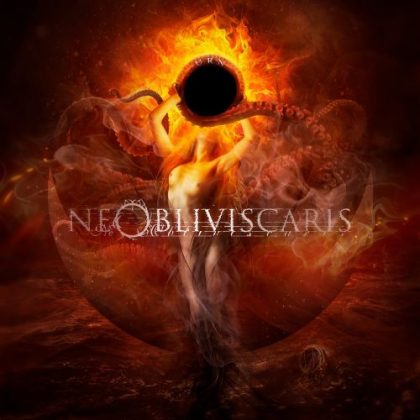 Ne Obliviscaris were formed in 2003 in the distant Melbourne and shook the progressive ground with their debut Portal Of I, almost a decade later after their formation (2009). The music they crafted was a perfect example of solid progressive death metal characterized by the addition of violin in their music. As a main contributor to the ongrowing Australian scene, Ne Obliviscaris earned the respect of extreme fans and capitalized their recognition by signing in the well-known ‘Season of Mist’ records. The child of this collaboration was Citadel which was released in 2014, based on their successful recipe but in a more extreme path without losing though their progressive sound, a change that was not greeted equally warmly by the extreme prog community.

After a 3-year period including tours in major cities throughout US and Europe, Ne Obliviscaris sustain their reputation with the release of Urn.

Balance as the barrier of complexity

After the turmoil caused by the departure of Brendan Brown (bass) due to domestic violence charges, Ne Obliviscaris are back in track. Did this change and the unexpected turn of events act positively for the band or are they reflected negatively in this effort? The answers are given below.

One main difference in comparison to their previous album, Citadel, is the gradual building of an eerie atmosphere in almost all of their songs. This is expressed by a handful of acoustic guitar touches, the addition of cello in some songs and the extended use of violin, a decision that is deemed wise, since Tim Charles is a charismatic musician and has managed to merge the sound of violin into the music of Ne Oblisvicaris and develop a unique musical identity. It should also be noted that there is a vast improvement regarding the ‘clean’ vocals he performs. When we reviewed Citadel I expressed a conservative opinion regarding the quality of ‘clean’ vocals. Now they are meticulously performed and bound to the rest of the music.

There was a debate about Citadel and the harsher direction Ne Obliviscaris followed in some of the songs. As it is aforementioned, the atmospheric and the slower build-up of songs match better the Ne Obliviscaris vision when they were introduced back in 2012 with their debut Portal of I. It is not difficult to listen to bands that deliver aggressive and intense death-prog, it is very difficult though to listen an unique sound or elements that provide a diversification. Fortunately, Ne Obliviscaris grow bigger with every release.

Of course, the death metal elements are present and punchy while the speed of music escalates when needed. Urn: part II is a brilliant example of how the transition from an enchanting part to the respective aggressive part should be built. In ‘Urn’, a better balance of the dual nature that Ne Obliviscaris express is achieved. Moreover, the songwriting has been improved and the compositions are memorable despite their long duration. We should also note the basslines played by the guest musician Robin Zielhorst. They are very distinctive and I dare to say that he outperforms his predecessor. Just listen to ‘Intra Venus’ and you may understand what I mean.

Lyrically, the dreadful thoughts of death and the dreams of despair are again present but in a darker and more ominous way. I do not know whether the unfortunate departure of Brendan Brown is imprinted in the aura of these lyrics.

The quality and context of Urn were not unexpected since Ne Oblivisvaris released three of the only six songs in total that ‘Urn’ contains (one is a short instrumental). As a long-album enthusiast I felt that something was missing and left craving for more. Moreover, even though the album embraces and proves its progressive aspect, the compositions are not very complex and there are not so many layers of content like there are in E album by Enslaved. May this be considered a drawback? Not necessarily, it is a matter of opinion, yet I firmly believe that Ne Obliviscaris have the talent and the musicianship to make their music bloom even more impressively.

In retrospect, The Portal Of I was a harbinger that something big is growing in Melbourne. Ne Obliviscaris after the release of Urn should be considered one of the major names regarding extreme prog metal globally. However, they have not conquered the summit of their capabilities. Should this album have been even more complex and deeper, we may have been talking about a very significant record for this year.

The third album is very important for a band and the Australians Ne Obliviscaris have come to it, where they seem to have found the way they want to deliver their progressive death metal. In Urn they continue mainly from where they were in Citadel, giving even more emphasis to the extreme element of their sound, and whatever melody the tracks have is attributed almost exclusively to the violin. This does not mean that the songs are a a “dialogue” of extreme music and violin, but that the different types of music they used earlier (flamengo, classical) and the acoustic guitar are gone. But these made them special and original. The songs in Urn are somewhat similar and monotonous, since almost everything is a mix of hyper-speed death metal, with melodic violin pauses and alternation of pure extreme vocals. Of course there is Eyrie which is a highlight, but it’s not enough. For those who follow the band from the beginning, this is not a step further; for the rest, it’s a good melodic death metal release.