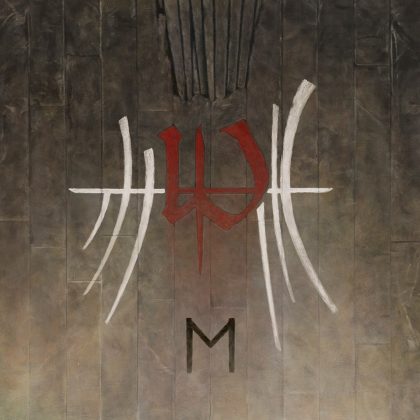 Some people were waiting eagerly for this album. To be exact, those many who faithfully follow every step of Enslaved and were disappointed by In Times (I am no exception). E is the 14th studio album by the Norwegians and the elements of the concept that they themselves published about the power of symbiotic duality in material, spiritual and psychic levels were at least interesting. Even more encouraging was the 10-minute Storm Son, which was the first single off the album that set our hopes very high. From the point of complete formation and maturity of their prog-black sound in Below the Lights (2003), the audience of the band increased immensely. The expectations of supporters of both their best black metal albums and those of their latter sound are justifiably high.

When experimentation, aesthetics and maturity reach a peak

E is much more than what you think at first hearing. It’s an album that needs digestion to unravel all those progressive and extreme metal elements that the band explores brilliantly. Enslaved are back with more ideas and are even more substantial, compared to their previous album. They are a dominant force in their genre and the band’s consistency over the years is indisputable. I have the opinion though that progressive is more dominant here than ever before.

The new addition to the lineup is Håkon Vinje, member of the beloved prog rockers Seven Impale, who plays keyboards and does clean vocals that he knows so well. This change is obvious in the album. The rock vocals are not scarce here, but almost 50-50 with Kjellson’s black metal lines (besides Bjørnson’s clean backing vocals that are also present here), “sweetening” their style a bit. Under no circumstances is this negative; on the contrary, the prog vocals are ideal, perfectly combined with the style of the band and the frequent alternations with the extreme vocals offer freshness to their sound (although I personally would prefer more black vocals…).

All tracks are long in duration, at an average of 8.5 minutes. The album starts with the 11-minute Storm Son, the longest in the album. The track is gradually built with a heavy groovy riff, clean vocals and progressive sophistication until the ‘blackened’ outbursts, a technically advanced riff and backing vocals with viking aesthetics to complete it. Undoubtedly an ideal, dynamic opener.

The River’s Mouth is more direct and rhythmic; a catchy progressive track with a lá Mastodon refrain (Brann Dailor to be exact). This is the closest thing to a hit here, due to the duration and its relatively simple structure. And that, of course, is nothing but negative.

Sacred Horse is a modern epic. The drums and the explosive guitars are pretty impressive in a seemingly quiet piece with viking aesthetics. The basic riff and the way the song builds up create wonderful images and suddenly the 70’s keys take off and along with the aggressive drumming and the excellent riffs that follow end up in a hypnotic pagan repeatability.

In Axis of Words, the influence of modern Norwegian progressive rock is evident from the start. Indeed, in addition to Kjellson’s vocals, metal balances quite well with the rock element here, until the proggy finish.

The biggest surprises of the album start with Feathers of Eohl. The beginning is a dark, typically Norwegian -but uncommon for Enslaved- math-prog. The result is an 8-minute unparalleled piece with clean vocals and melodic progressive and folk aesthetics and impressive atmospheric keyboards. It has an exciting plot and unpredictable development due to the flute of Daniel Måge (member of prog rockers D’Accord) and the mystical, symphonic explosion of the rest at the end. Before realizing what happened, the melody of Hiindisiight storms in, which is quickly transformed into a slow, almost doom piece, with extreme vocals until it breaks out in an excellent melody and suddenly starts a prog / jazz delirium and the saxophone solo by Kjetil Møster (of the magnificent Møster) embodied perfectly with the vocals of Kvitrafn (Wardruna). An amazing epic with a beautiful melodic prog flow and excellent orchestration.

Djupet is a bonus track and I still wonder why it was not chosen as a regular album track. Perhaps because it’s the purest black metal track as regards the vocals (btw the lyrics are in Norwegian) and in all attitude generally. Finally, the last track is a cover of Röyksopp’s well-known What Else Is There, which they played with inspiration and respect.

Enslaved honor their roots but at the same time you feel they are a bit detached from the blackness of their past and they do it with a lot of grace and style that some bands would envy, e.g. Opeth. No, Opeth is not exactly similar, but it’s the most famous band that made the passing from the extreme sound to progressive, and they didn’t do it very successfully. Enslaved, who never lost their extreme character, never made a bad album, and never thought of themselves as connoisseurs of prog. Perhaps they are the band that combines progressive with the extreme metal sound better than any other.

No, there is no bad or average song on the record, there is no filler and for many it could and will be among the top albums of the year. One thing is certain: it’s their best album since Axioma with their interest, appetite and musicality still soaring.

After a controversial album (In Times) Enslaved return with E to restore order and preserve the undeniable quality that governs their works. The new album is far more impressive than any expectations, proving that the band is going through a fruitful period.

Enslaved sail with their restored drakkar in deep waters with the unparalleled boldness of their progeny to securely carry an album that can be described as the most progressive of the career and the climax of the style they have adopted in recent years. The extreme vocals by Grutle Kjellson, the hard riffs and violent prog outbursts embrace Håkon Vinje’s clean vocals, the well-known (since Monumension) seventies influences, the newly introduced instrumental parts. E moves masterfully between metal and progressive rock with folk melodies and jazz spots emerging as flowers of rare beauty on this monument. Tracks like Storm Son and Hiindsiight function as a mirror of the modern progressive metal that reflects its finest elements.