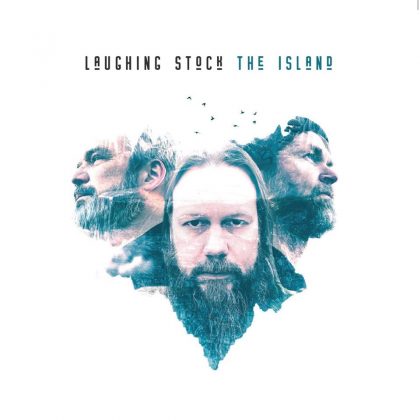 Our love for the music coming from Scandinavia is very well documented. The deluge of quality music coming out of Norway and Sweden is borderline ridiculous. The Laughing Stock started bonding at the age of 12 with bands like Tears for Fears and Talk Talk (probable inspiration for the band’s name). Since then, they created different bands and recorded different songs with varied levels of success. Most notable success would be the band Gate9 that Jan Mikael was a part of, while Håvard Enge (vocals, keyboards, flute) had a different kind of success as an academic. Laughing Stock came to fruition in 2016 and in 2018 they released their debut album The Island. A year later their second album Sunrise managed to win the interest of Apollon Records that decided to re-release the band’s debut album in 2020.

Nothing to laugh about in this new release of Laughing Stock’s debut album as The Island is a quite down tempo with a very atmospheric feel running throughout the length of the album. The concept of the album deals with the everyday struggles humans face and while there is a nerve and oomph in the songs, the atmosphere is the main carrier of the message here. The opening two tracks The Island and That Face showcases exactly that, as they both start very melodic and summery, until the midpoint break where the doom and gloom appears.

And while the intro (of the album and to this review) might make it seem like there is nothing exciting in this record, that’s not true. The band’s music could be placed anywhere from mid 70s prog and psychedelia, to 80s pop, folk and even 80s-90s heavy metal. All of the above styles are combined with a minimalistic approach and with great care to give a very satisfying result.

Descension is an instrumental track which at times feels like a classical guitar exercise until it becomes slightly more ominous near the end to introduce Vultures Bats and Reptiles which is the longest track in the album at 10:45. It is here that ideas take time to develop and changes from atmospheric to heavy are seamless. The guitar work and the combination with the vocals give a warm Neil Young vibe, and the samples running in the background work well to give awareness to the reality of the album. This leads to the track The Party’s Over which feels like a continuation of Descension in mood and feel.

Canyon Crawlers continues with this low tempo and finishes with a great Gilmour-esque guitar solo which finishes a bit too early. Fallen Star continues in this sequence of minimalist – melancholic and minimalisticaly active songs of the album as mainly a piano piece. Who We Are is more active in the sense of changes and progressions in the song which showcase the ability of the band to combine their ideas.

30 Years closes the album and could easily serve as a reminder to everything that has preceded. The vocals offer a more spiritual feel to the song which ushers out the album with a relaxed feeling and having you introspect about everyday life and the events happening around you.

Τhe most appropriate tag that you could stick on an album like The Island is probably neo-prog, but it’s a suggestion of rather fresh neo-prog. There was always a sweet melancholy associated with this subgenre, but this album has a thick veil of gloom over it. That combined with the intricate interaction of pop, folk, psych and metal makes Laughing Stock an interesting suggestion to all fans of music.

Laughing Stock is a prog rock trio from Norway. The Island is their debut album, it was released digitally a couple of years ago, and it was released by Apollon Records in CD this year.

It’s hard to categorize the music of Laughing Stock, as they produce a very unique sound combining various influences. Sometimes you can hear beautiful neo-prog, sometimes it’s post-rock (Talk Talk is obviously one of their biggest influences), and there are many elements of 70s prog music of and 80s pop. Besides, the dual vocal harmonies in Canyon Crawlers bring the best days of Alice in Chains to mind. The overall sound is very complex, but there are many calm, relaxing and easy listening parts. The guitar sound is clean and emotional throughout the whole record. Despite the mellow and dreamy atmosphere, The Island could be the perfect soundtrack for sunny days on the beach. I’m absolutely charmed by this album and somewhat surprised that these three guys are relatively unknown inside or outside the prog rock community. The Island is a highly enjoyable release and is highly recommended to all fans of good music.