Chemical Reactions is a joint album project presented by Gavin Harrison and Antoine Fafard. The original music on this album features a hybrid between the progressive-fusion sonic approach and the world of chamber and orchestral music. Fafard’s compositions highlight Harrison’s innovative drumming through this intense and unique journey of epic proportions.

The album kicks in with Transmutation Circle, a piece where drums and electric bass interact with a string quartet, while Harrison provides occasional marimba parts to the music. The format on this first piece is the blueprint of almost half the album. Singular Quartz follows and showcases a different orchestration and where drums and bass play along a violin, cello, marimba and vibraphone. On this track, Jerry Goodman who by now has been a frequent collaborator to Fafard’s music, performs the acoustic and electric violin parts.

The album concludes with Holding Back the Clock and Chemical Reactions, two pieces where Harrison and Fafard perform with the Janáček Philharmonic Orchestra. Based in Ostrava, Czech Republic, the symphonic ensemble was recorded back in March 2016 and conducted by Anthony Armore.

Chemical Reactions offers a true fusion of musical styles and tones. It was created to stretch out artistic possibilities and open up new horizons. The album will be released on December 11th, 2020 through Harmonic Heresy, distributed by Amplified Distribution. 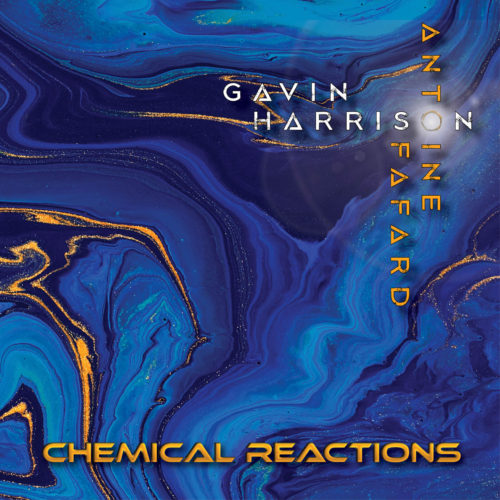