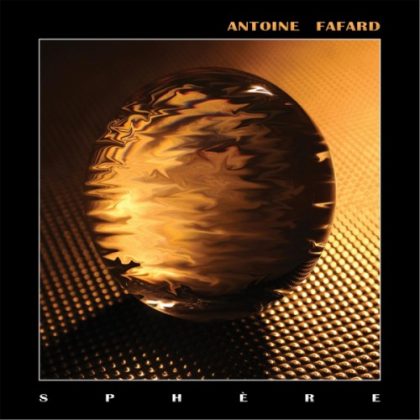 sooner or later, the hard work and devotion to art pay off and vindicate. The bio and recording career of Antoine Fafard is an illuminating example. It has do with a talented Canadian bassist who goes places in jazz-rock / fusion the last fifteen years and his growing reputation matches the expectations of every demanding musicphile who longs for orchestral innovations.
He set off his career by forming Spaced Out and participated to all of their five studio recordings. His meaningful playing and big sound combined with high technique, stirred the interest. Being restless, he tried his hand at classical and electric guitar, something that resulted in broadening his horizons in composition, especially with regard to melody and harmony. In 2011 he released his debut Solus Operandi and since then in everything he does, numerous stars like Dave Weckl, Terry Bozzio, Jerry Goodman, Scott Henderson, Simon Phillips, Chad Wakerman, Vinnie Colaiuta and others honour him with their participation. His former work Ad Perpetuum (2014), was highly acclaimed by the critics.

In the sphere of imagination

This year’s work entitled Sphère, released by the new-founded label Timeless Momentum, is Fafard’s fourth solo album. Compared to his earlier recordings, it maintains the bare minimum number of guests in order to give it a uniform character and stigma. Aside from the guitarist Jerry De Villiers Jr. with whom he collaborates for years now, the link that keeps together the entire band is Gary Husband who does double duty (drums, keyboards). The themes, as well as their development, combine masterly the rhythm with the chord progressions in harmonic level, where the well-placed and reasonably extended improvisations add-up to and reinforce the song’s structure. Fafard unfolds here his talent and dexterity with easy-to-come-across (even to the uninitiated) bass lines and monodies in perfect harmony with Husband, who adds a third voice on the keyboards, either as soloist or as creator of atmospheric soundscapes. De Villiers on the other hand, a virtuoso but essential in his playing with phrases that bring Holdsworth to mind, without the slightest inclination to mimic or bubble, adorns with his warm and melodic playing the compositions (in three of them is a co-writer with Fafard).

It is very difficult to pick individual songs as favourite ones during the first listens and definitely mood changes could bring out the virtues and the assorted aspects. But when the initial enthusiasm wanes, no one can remain unimpressed by the atmosphere of Cherish (where Husband is, in essence, in a dialogue with his own self between the drums and the piano), or by No-brainer that nods to Mahavishnu Orchestra, as well as by the rhythmic complexity of Bubonic Groove that enthuses with the interactions between the musicians. One more remarkable moment is the starter Reminiscence whose well-balanced development brings to mind Fafard’s older stuff. Fafard has also taken care of the production himself and he did a splendid work, where the dynamics and the aesthetic highlight the personal mood and style.

Sphère is about to rejuvenate the interest, both for the jazz / fusion genre and Antoine Fafard. At this time where everything is taken for granted and originality is rare, the tasteful freshness that characterizes his releases should be a motive to dig into them. Nevertheless, any reference points and comparison measures should not be ignored. With an open mind and showing trust to musicians who pave the way to the evolution via modern ways of expression, works like this have a special place in our heart. Hats off to Antoine for delivering one more marvellous work.

Sphère is not a typical solo album that one normally expects from a fusion bassist and this deserves medal, it is in fact the aspect that ranks this release among the best of its kind of 2016. No endless technical exercises on the fretboard, unchecked “technocracy” and extended usage of atonal scales here, in other words all these features that led to stagnation this particular genre. Antoine Fafard gives infinite space to his musicians who take advantage of it in such a way that the listener gets the impression that Sphère is the outcome of a band and a tight one no less. Gary Husband’s star shines here, be it on the drums or on the synths / pianos and Jerry De Villiers Jr. is hot on his heels offering some of the most stunning improvisations of this year (for instance on the best, in my opinion, cut Still Invictus) and in this melodic and lyrical style Antoine Fafard is more mature and eloquent than ever, all of the above are the foundations of this sonic structure.