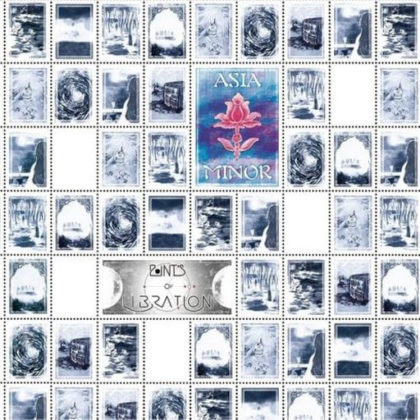 One of the underground prog rock bands that was active during the difficult for the genre late 70s – early 80s and gained a very prominent status (especially a few years later due to the wonderful reissues of Musea) is undoubtedly the – established in Paris – Turkish band Asia Minor. Their excellent debut album (Crossing the Line – 1979) impressed with its melodic and melancholic sound that brought Camel to mind. This sound was further embellished with more oriental elements – that were already traceable on their debut – and even more impressive results in songwriting in their second album (Between Flesh And Divine – 1980) is a masterpiece and one of the top progressive rock records of the 80s. After their split-up and 40 long years later, almost no one expected their return this year.

An unexpected return, below expectations

One of the most unexpected and pleasant news this year was the release of the third studio album of Asia Minor after the distant year 1980. Surely, even the most optimistic prog fan would not expect the greatness of Between Flesh and Divine to be repeated, not only because of its undeniable quality, but also because none of the band mambers has since participated in any other recording. Setrak Bakirel (vocals, guitars) and Eril Tekeli (guitars, flute) continue to lead the band without having their companion, drummer Lionel Beltrami, on their side. The line up also includes Evelyne Kandel on bass, Micha Rousseau on keyboards, and Julien Tekeyan on drums.

If one listened to the eight songs of Points of Libration without knowing the year of its release, he/she could well believe that it was released in 1982. The production sounds 100% 80s with all the positive but mostly negative that this implies. Truth is, it’s quite flat and “empty”, not being able to highlight the ideas of Asia Minor. The band’s influences remain the same, with Camel defining them to a large extent, secondarily Genesis, and also some French symphonic prog bands such as Ange and Pulsar. The album opener, Deadline of A Lifetime, has an aura which reminds us of their first two albums as well as Eloy (Planets / Metromania era). Unfortunately, the vocals that are more noticeable here than in the past, do not help at all and the very poor English pronunciation in some places becomes completely awkward. In the Mist and Crossing In Between invest in their more acoustic side with the flute and the guitar weaving very beautiful melodies.

In Oriental Game and The Twister one would expect the band’s talent to unfold and enjoy a plethora of melodies and more complex and adventurous patterns in these two long compositions. However, except for a few moments, they sound mediocre, failing to justify their long duration. On the other hand, Melancholia’s Kingdom is perhaps the album’s highlight, with its sweet melancholy reminding us a bit of the dreamy atmosphere of Lost In A Dream Yell. Radyo Hatirasi, the last track, is sung in Turkish and unfortunately it’s the only song that combines the oriental element of their homeland’s folk music with progressive rock.

In conclusion, Points of Libration is a rather mediocre album that could be much more impressive if the production and the vocals were better. Compositionally, I think that they did not manage to overcome the long absence of four decades, while they could incorporate some modern elements, showing that they are not familiar with the contemporary prog sound as listeners. Their return is definitely great news, and with an even better future release they will give an extra meaning to it.

A return after a “short” break of four decades, a revisit of the excellent second album and an attempt to integrate into the new framework of development of progressive rock. Therefore, Asia Minor is re-established by investing on the strong Camel, Pink Floyd foundations, but also on early King Crimson folk influences and seek the connection with Between flesh and Divine (1980).

The elements are there, i.e. melodies that go hand in hand with Moonmadness, oriental scales of traditional Turkish music, orchestrations that develop and combine the complex with the atmospheric, and the folk with the nostalgic. And if some of the compositions could have a place in both of Asia Minor’s previous records, the nostalgic mood and creative quality and intentions are not enough to gain the momentum that could makes it stand out from what’s simply “expected”. The “flat” production, on the other hand, does not help the compositions escape the lack of inspiration.