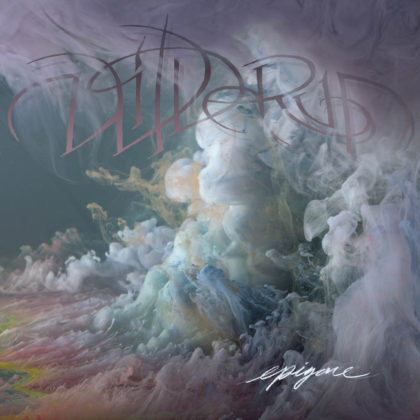 American band Wilderun is getting more and more flattering comments about their music after each album. Formed in 2008 by Evan Berry, although the band was formed in its entirety in 2012, the group has kept folk traditions and integrated them into a metal context. In the process, their sound leaned towards more progressive pursuits without altering their metal character. The Veil of imagination (2019) was their passport to a wider audience and this year’s Epigone is called to meet the expectations of those who want to declare them as one of the best modern bands in the field of symphonic progressive metal.

One step before recognition (?)

Wilderun’s new album has created a buzz in various music websites that stress on the dazzling beauty of Epigone. The contact with those reviews preceded listening to the content and this added an unexpected burden on my final evaluation.

Epigone is the meeting point of progressive rock with extreme metal with the instrumental parts being their common background, giving depth to their compositions. In the realm of these beautiful combinations of the album I tried to find and touch a special magic but I do not think – although I really wanted to – I achieved it to such an extent that I can agree with these enthusiastic reviews. If we are looking for a breakthrough work, what we can call radical, we are not going to find it here. However, if we are looking for progressive music that leverages the teachings of the genre’s past or can incorporate their virtues and integrate them into its own universe, Epigone is extremely satisfying.

The album’s music is characterized by contrasts between calm and melancholic parts waiting to erupt through brutal vocals (Evan Berry’s voice is clearly more in tune with the latter than with the former) and orchestral melodies. Epigone‘s logic strongly recalls the style of Opeth (musically and vocally) which it enriches with elements of late Septic Flesh. Along with the above there are familiar hints from the modern progressive scene, namely Porcupine Tree, Riverside and Pineapple Thief, and they reach symphonic black metal in the Distraction trilogy. We could say that it is a summary of the last twenty years of progressive sound and it manages to place the various tiles that make it up in a clever way.

Blessed with an almost flawless production, the album contains compositions that take their time to reveal their beauty and the study that has been dedicated to their cohesion. On the other hand, the best moments bring back something we did not hear for the first time in Epigone. The mastery of the compositions cannot hide that their influences ultimately exceed Wilderun’s own personal contributions to modern progressive metal.

My opinion is that we are clearly talking about a very remarkable release from a band that is not afraid to evolve and walk beyond its own familiar paths, but maybe there is still a way to go to the top.

Boston based prog metallers Wilderun released their fourth full length entitled Epigone. The new release followed the same pattern as the previous album, The Veil of Imagination. They use various genres to create their own musical narrative and the same goes for instruments, from acoustic to electric and electronic. There is so much cohesion between all the elements of the record. This is evident in the compositions because the emphasis falls on the structure, where and how it will go from one segment to another. I must give special mention to the first three tracks that are perfect, with amazing orchestration, gorgeous folk passages and challenging melodies, and are a sample of what this band can do at its highest peak not only creatively but also executionaly. The band obviously improved in songwriting and finally found the right balance between clean and brutal vocals. Passenger and Distarction suite are the highlights. Wilderun did a great job at creating an almost cinematic atmosphere in these songs. The Radiohead cover is also worth mentioning. I am sure some will be disappointed that Wilderun is no longer just a folky and very Opeth influenced band, but Epigone is a sophisticated and colorful work of prog metal that deserves to be heard.