The show began around 21:30 when the atmospheric and psychedelic sludge duo of Insect Ark from New York went on stage. Their music has little to do with the headliner band, but it was convincing and interesting enough to keep us focused, especially on the uninitiated like myself. Focusing on long instrumental compositions in an almost hypnotic and very heavy (despite the absence of distorted guitars) way I think was an interesting artistic proposition and they gained a part of the audience, which was growing in number by the minute. Lap steel guitar, bass, keys and lots of loops by Ms. Dana Schechter, drums by Mr. Andy Patterson facing each other and rarely the audience (drums were set across the stage and opposite Dana’s set up) led us on a Tangerine Dream-ish space sludgey trip. Not bad for a start. 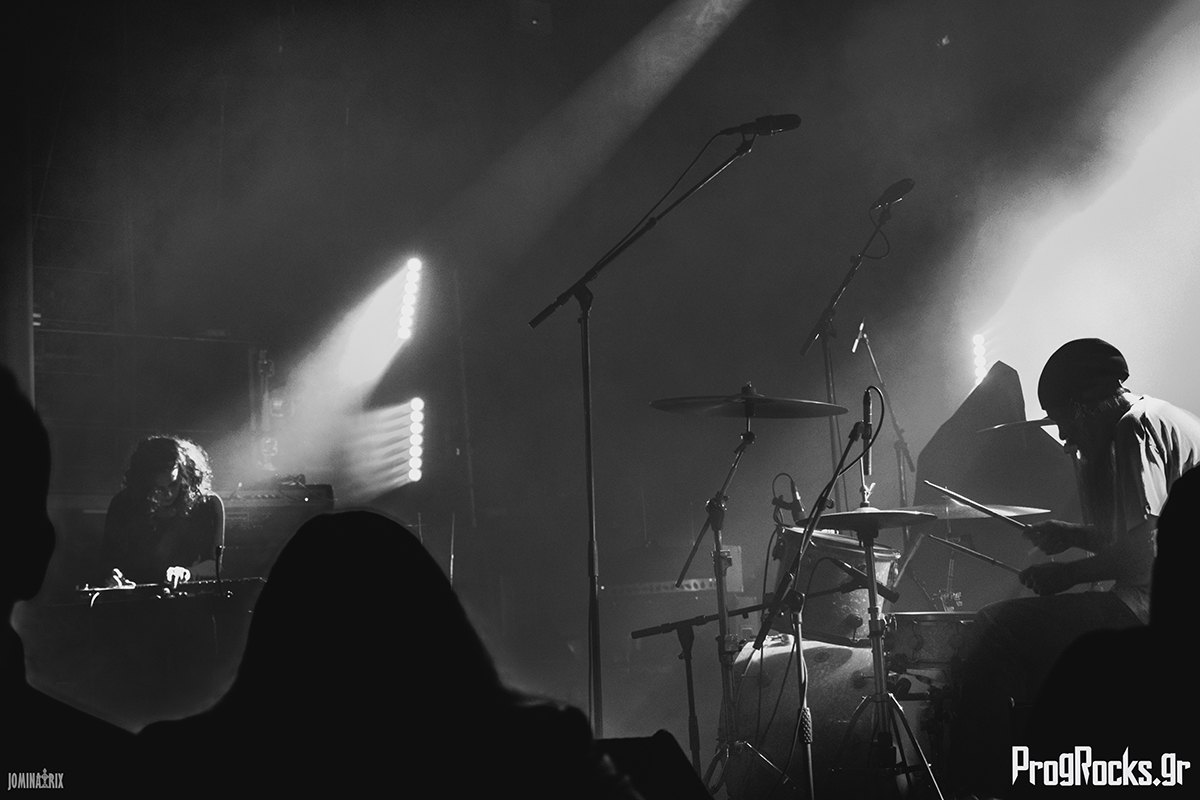 The change of scenery was, of course, enormous when this unique band called Ved Buens Ende appeared on stage. The opening notes of You, That May Weather opened the gates of Hell, and for the next hour we all shared a unique experience. Being close to the stage, I was able to experience as much as possible the fantastic performance of these four outstanding musicians. Standing to the right of the stage was Vicotnik (guitar), such a deeply rooted Norwegian persona of the black metal scene, ecstatic at the hypnotic mid tempo and slow-paced black metal outbursts, emotionally summing up the Ved Buens Ende musical contradiction. Left to the stage, Skoll (bass), a complete rhythmic pillar, bridged the guitars with Øyvind Myrvoll’s drums. The latter stole the show by delivering extremely well and with a great sound the most demanding and peculiar themes Czral has written in Written in Waters. All in all, a charismatic and multidimensional player. 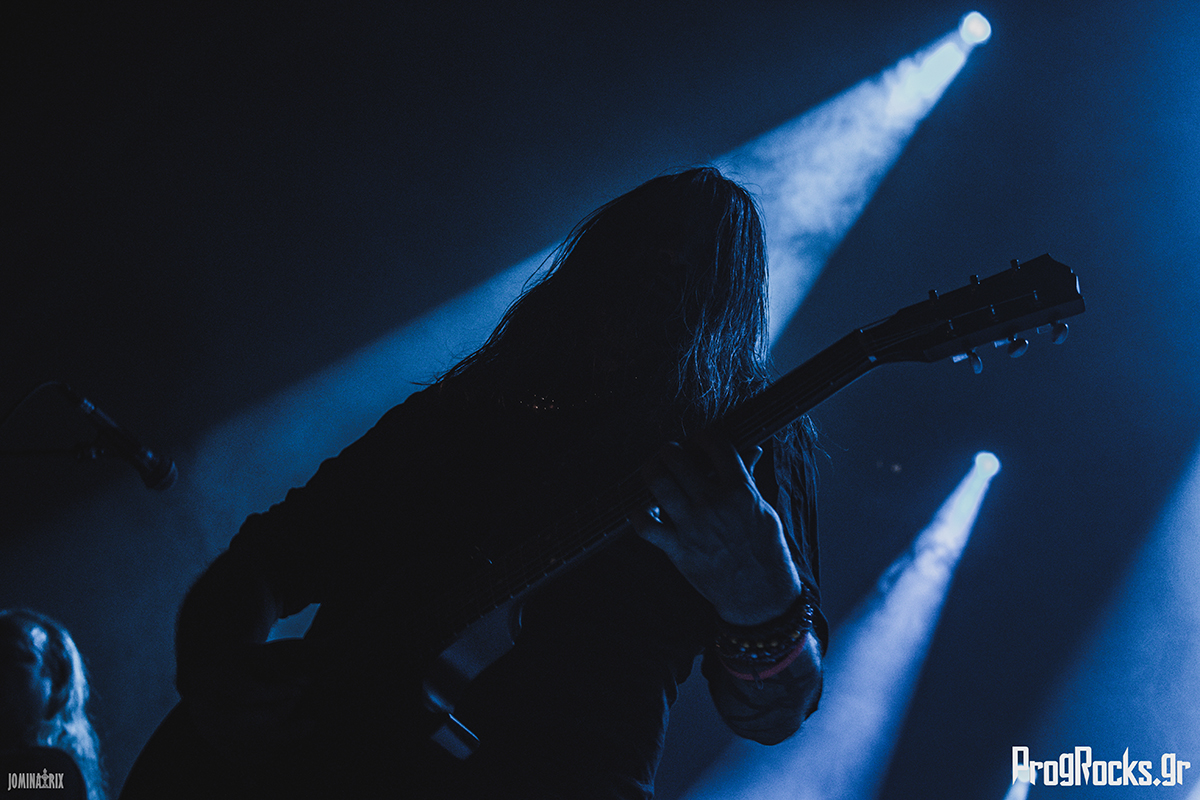 And if the reactions of Vicotnik’s figure reflected the emotional charge of the enchanted, big audience, Czral, with the kinetic problems left by the fall from the fourth-floor apartment block, with the guitar now in his hands and his spooky and gloomy clear voice was the embodiment of artistic experience seeing live performances of the claustrophobic material of this very special album (as well as material from their demo) that the then almost teenagers Ved Buens Ende delivered. 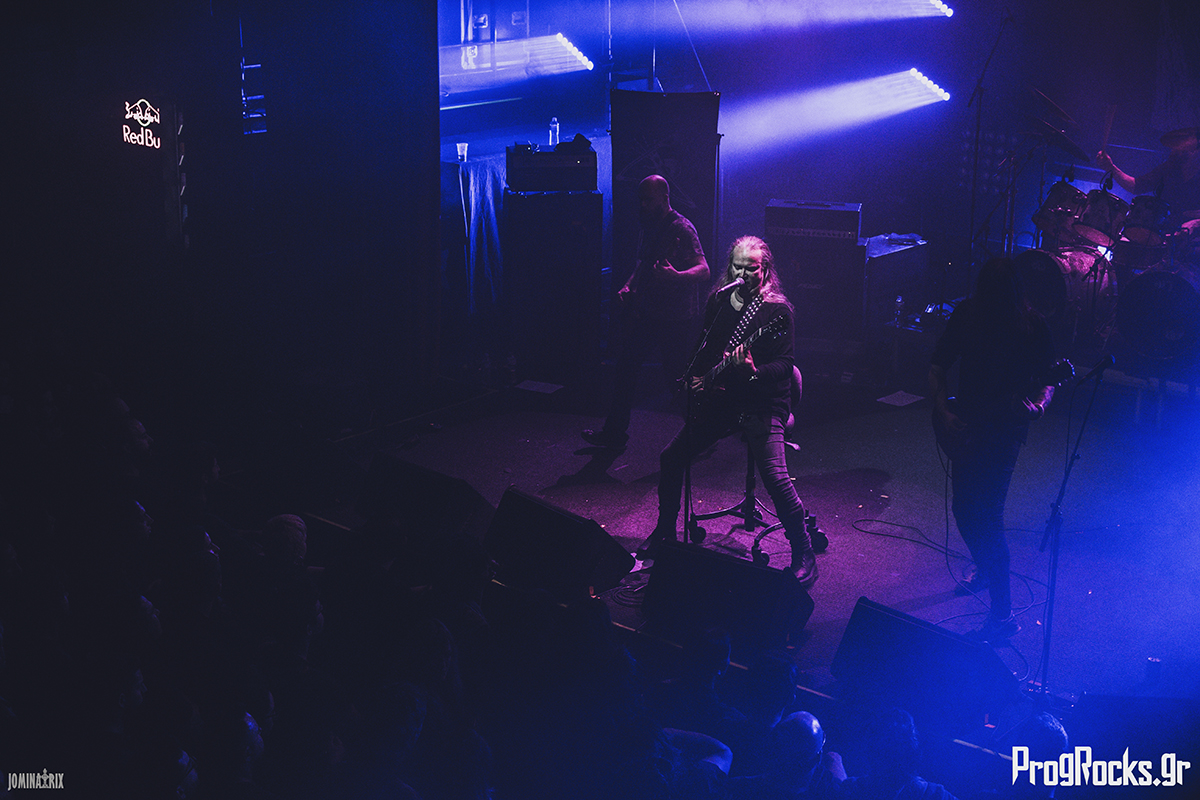 Apart from the flawless performance, perhaps the most striking part of his concert was the fact that the voice was there as if it hadn’t been a day since the album was released. Czral’s artistry and performance brought Knecth to mind, Hesse’s rainmaker shaman. He was there to tell us – not behind the drums anymore but in front of us playing the guitar – that the gloomy and dark days of drought are coming. Vicotnik’s voice was the existential darkness and drought that finally hit our souls. The rain could not have been more convincing on stage than Czral. The audience was ecstatic and disillusioned, wondering if what they were experiencing could really be true. The theatricality and musicality of Written in Waters was presented almost in front of our eyes in its entirety. The sound was an ally in general; not perfect, but satisfying. 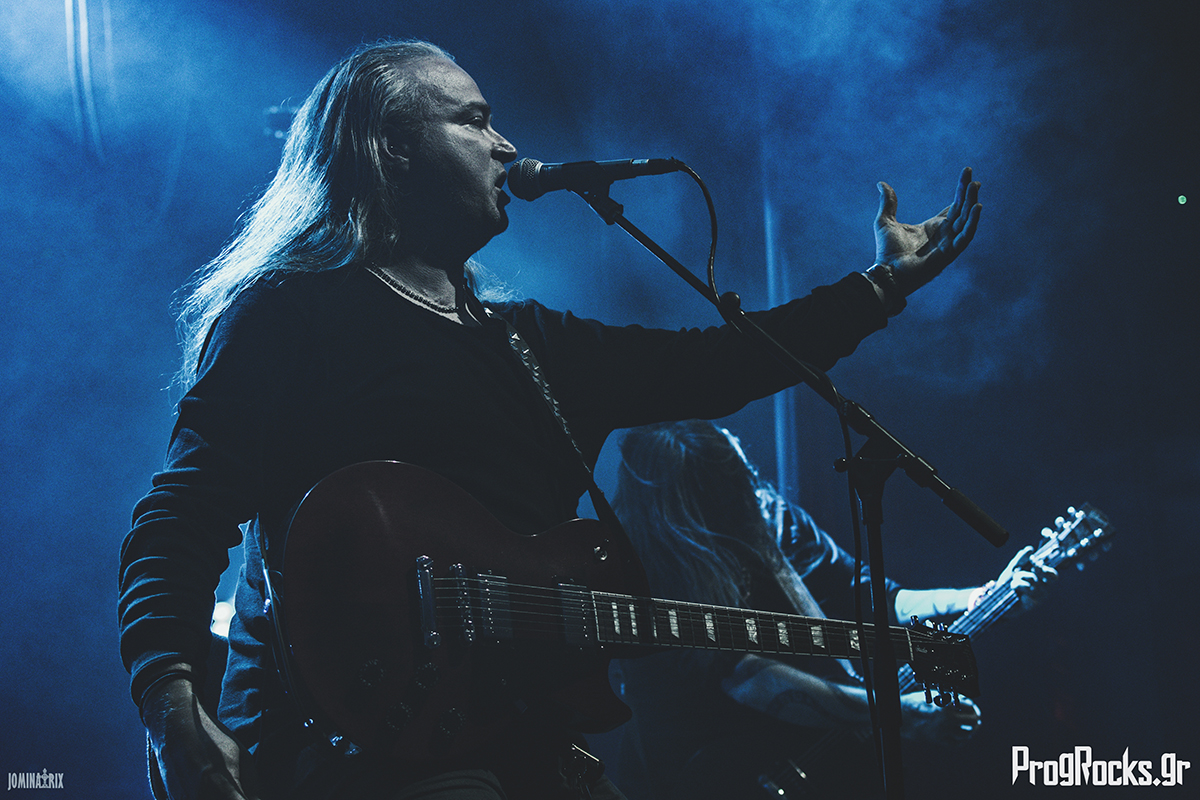 The dark, claustrophobic and stressful ritual of Ved Buens Ende was performed perfectly on stage. I imagine their most optimistic fan was thinking of this while imagining an ideal live show. A unique case of a band that while its body is immersed in black metal, its soul and mind are clearly looking towards prog rock and its very existence is not easily encapsulated by specific musical trends. A music emerging from the most nightmarish existential horror that Robert Fripp and Universe Zero could ever experience if they tried to denigrate it through the Norwegian scene of the ’90s. Ved Buens Ende were not only pioneers and innovators, but were also able to mix seemingly unrelated music schools by creating something self-evident and with a very distinctive personality. All this combined with this amazing performance made for a great live show. After the concert, words were heard about a new album. Let’s cross our fingers and hope to relive this unique live experience soon.