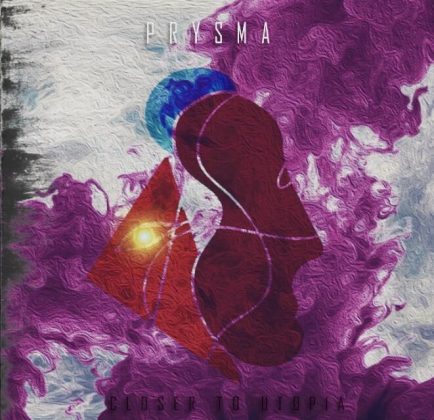 Prysma hail from Thessaloniki, Greece and Closer to Utopia is their first album. While the city has generated an abundance of well-esteemed progressive bands, Prysma’s case deviates from the norm in that the band of Orestis Grammenos, Spyros Delidimitriou, Konstantinos Diakakis and Giannis Koutsos do not play prog metal. Instead, their music is evidently influenced by the 70’s and, following the tradition of many releases within the genre, Closer to Utopia is a concept album.

New blood, while not so modern

This is the first album for the youngsters Prysma from Thessaloniki although they have been around since 2014. That Closer to Utopia is a concept album recorded live in the studio within a 3-day session, suggests the band’s aspiration to invoke the 70’s mojo not only stylistically, but furthermore in the way of writing and recording their material.

Throughout 6 relatively extended compositions, the young prog rockers define their character, as well as their core influences: Pink Floyd as the basis for their sound, Porcupine Tree for a modern touch, while the Jim Morrison-reminiscent vocals give off a rather psychedelic taste. The starters Bad Time to Dream? (Prt I-II) and A Lapse in Space and Time (Part III) are quite similar in structure and are defined by the threefold of melodic guitar leads, atmospheric keyboards and hypnotic vocal lines. Lost in the Sky continues likewise, while speeding it up a tad and rocking harder.

Mundo Muerto, the longest track here, is probably the album’s finest moment, showcasing numerous changes in the overall mood as well as some stimulating melodic lines. Coming up next, Hypnotised with its oriental scales and the heavy riffs alternating smoothly with more melodious passages differss from the rest of the record in a characteristic fashion.

The mild Closer to Utopia draws the final curtain to an album that lies on the positive side of the continuum, but not without its shortcomings. The unexceptional enunciation of the English language undermines the effort that has been made in the vocal department, while their atmospheric prog rock is playing it safe, hence not allowing for an edgier and more adventurous character. It is apparent that the band are talented and passionate; should they amend a couple of issues as suggested above, it is certain that the successor of this highly promising debut will bear tastier fruit.

Prysma from Thessaloniki introduce themselves through an impressive and highly promising debut. Thought-out compositions, imagination in developing their ideas, tempting melodies that refer to beloved moments of the past, talent in the orchestration and technique; these are some of the qualities one can easily point out. Characterized by atmosphere, they by and large combine Pink Floyd’s sweet melancholy with powerful guitar passages and a flexible rhythm section providing freshness and modern vibes. The vocals are guided by the melodic lines, hereby adding a fragile lyricism, while overall, the changes are smart and comprehensible, making the album accessible to the average prog aficionado who will undoubtedly experience beautiful, alternating emotions upon repeated listens. At this point I should highlight that the music production in Greece has made tremendous leaps forward and Prysma have the opportunity of taping into this experience so early in their career. Hypnotized and the self-titled track are my favorite. All the best to Close to Utopia then, and we hold out hope for growing success, which, based on their potential, is absolutely attainable.