The night of Friday, 8th of December was reserved for a Greek prog metal gig, a flourishing, from every aspect, scene. The three bands, Tardive Dyskinesia, Poem and Need (in order of appearence) that were on the bill are perhaps the flagship of the aforementioned scene. All of them have recently released new albums and are in a creative period and their common live show was a mathematical certainty that would testify their progress. 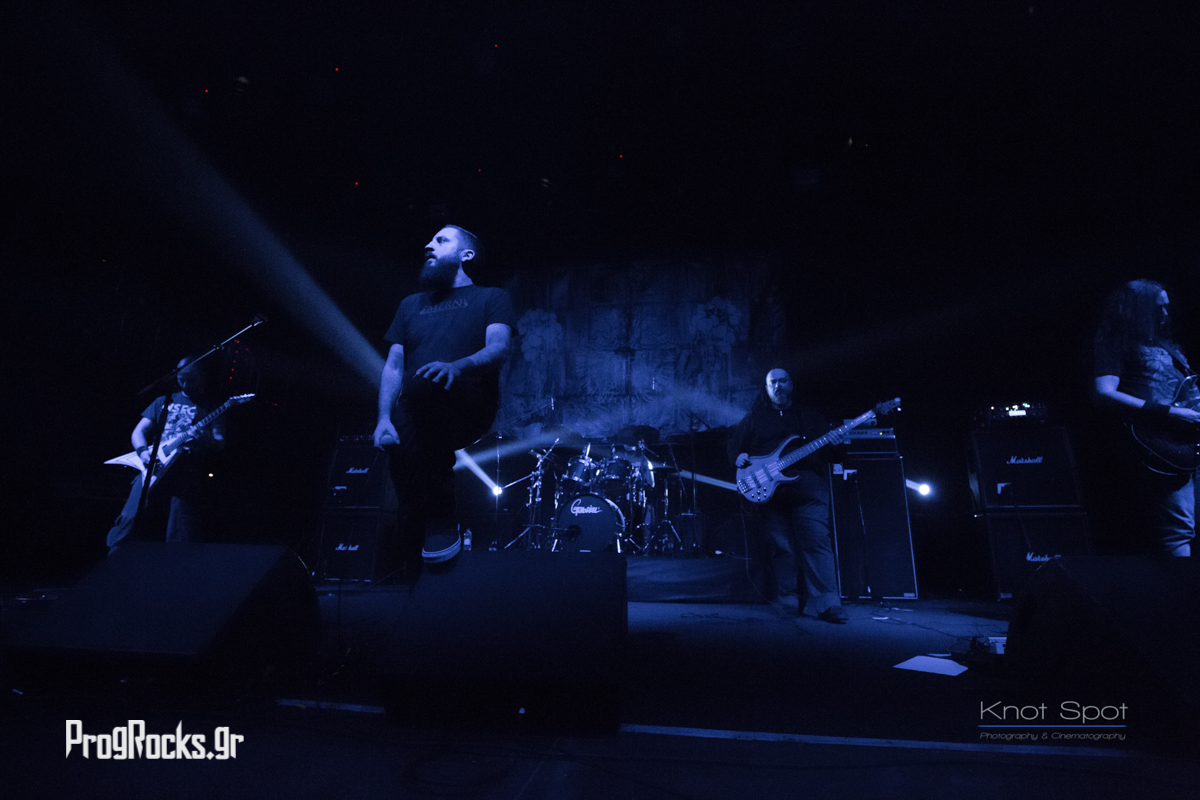 Prog Over Athens was scheduled to begin at 9 p.m. at the wonderful venue of Pireaus Academy and everyone had high expectations for it. I entered the venue a few minutes after Tardive Dyskinesia had set foot on stage and I was immediately impressed by the number of the fans that were present. The music of the band was already spreading, at a great volume no less, to the attendees and since the introduction of Second Sun (the second number of their set when I entered the venue) and for a solid hour there was no slack whatsoever. The indeed good sound did its bit to highlight the heaviness of the music (the vibrations of the bass went through my body throughout their appearance) and their more technical stuff left none cold. Based on the material of their latest albums, they proved how much they have matured with the passage of time, playing modern metal which swears by bands like Mastodon and Ocean that intersects 70s influences with a enviable technical background. Songs like We are the Cancer and Triggering the Fear Factor were electrifying and the front rows of the audience were transmitting the energy to the rest of the room, an energy that was emanating from a band which lived up to this live show with absolute success. 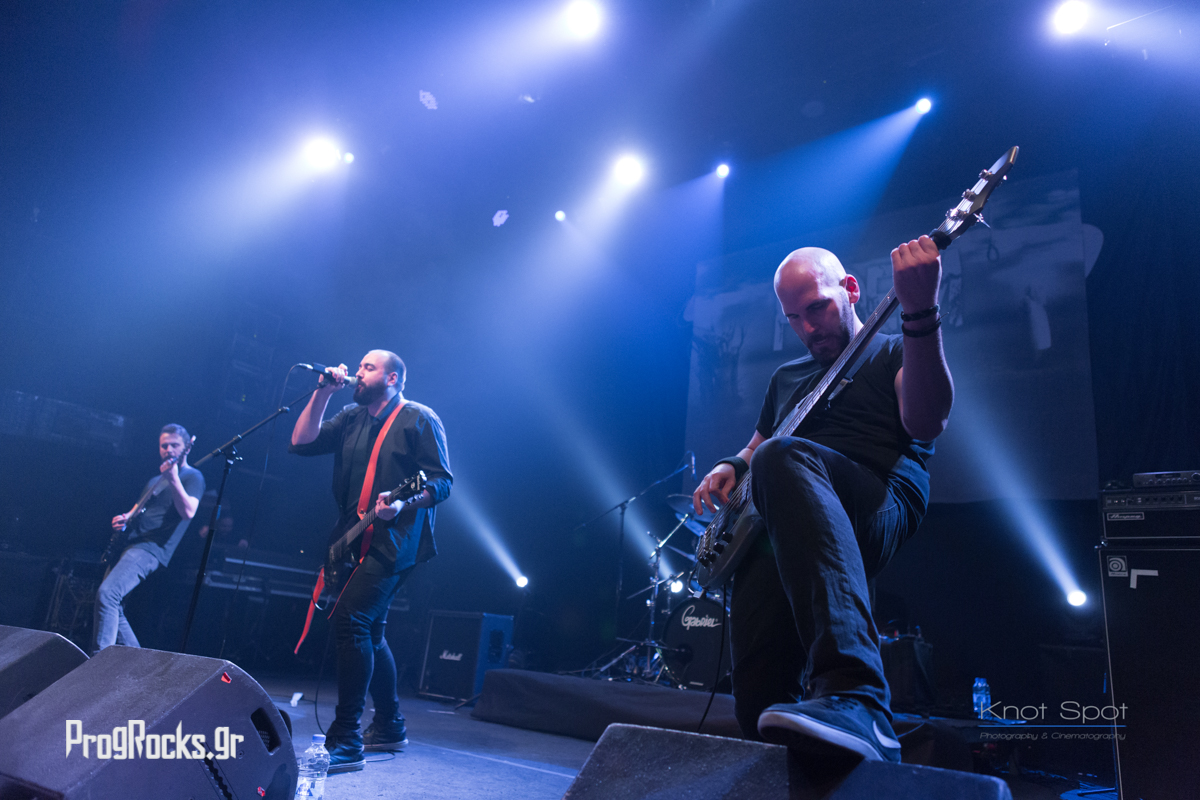 The impact of the show of Tardive Dyskinesia went on after they walked off the stage. The music of Jethro Tull kept us company until the time had come at around 22:30 for Poem to climb the stage. The band had dropped off the radar after their promising debut album until the much-anticipated second album Skein Syndrome brought them back to the fore in a spectacular fashion. Upon this album, they set up a show embellished by a lot of tension and atmosphere and riveted the audience for a solid sixty minutes. The guitarist/vocalist George Prokopiou was in an extremely good mood who, in spite of his double duty he had taken over, was in the lead of their attempt to convince even the most demanding listener. From the starter Passive Observer onwards (a dash of Soen), their modern progressive metal with a lot of alternative references imbued with a lyrical melancholy kept us in a pleasant vigilance. The material of their second album had the lion’s share and was performed impeccably and became plain why it was so critically acclaimed. Their show peaked with the song Weakness where the crowd was appointed with the task to sing along with the band in a magnificent song which became a completely different beast when played live. Shortly before the end, Giant awoke memories from the past. For the end, the extremely technical Remission of Birth bid farewell to the audience that witnessed the huge progress the band has made and the admirable way they performed their songs. 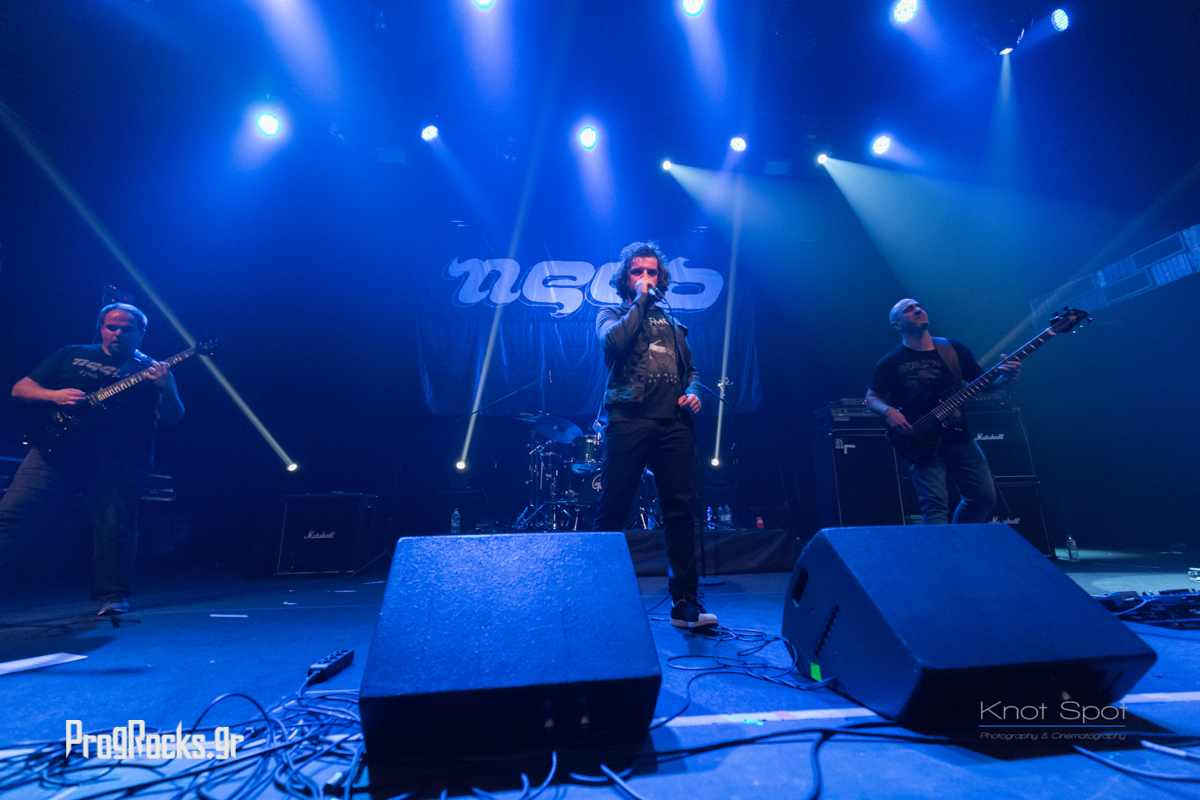 It was approaching 23:30 and the time had come for the show of Need. With four albums under their belt (one of them was released this year) that stand out, the band is in good form. For one last time the set-up changes on the stage were taking place and the logo of Poem gave its place to the one of Need and everything was ready for the show of the last band of the night. I had already chanced to see them and admire them as the support band of Fates Warning and my certainty that they would put on an equally good show was proved to be right. The band started things off with Rememory off their amazing album they put out this year which was the beginning of an exciting journey into the modern progressive metal this band so worthily represents. John V.’s Dreaming Neon Black T-Shirt was a source of extra delight for me while Need dazzled me for one more time. Songs from the masterpiece Orvam escalated the enjoyment of listening to modern progressive metal which balances between the standard acts of the genre and the extreme references that honed to perfection this successful breeding. It is riveting to see the band on stage and the very good musicians who are dedicated body and soul to play their parts as the songs demand, with their guitarist as the man on the helm. No disservice to the rest of the band members but seeing Ravaya on stage unleashing his skillful playing while communicating with the audience is a unique feeling. A fan from the Netherlands (an impressive number of fans outside Greece had come to attend the show and kudos to all three bands for feeling obligated to make special mention of them) told me that he may be the top guitarist in Greece. An awesome show that overcame some hitches (there was a problem with the sound of the keyboards at times and Anthony was struggling to set things right while performing his demanding part) and came to its end with the epic Hegaimas. The moment when the crowd was singing in unison with raised fists “Freedom” I think was the summit of the night. 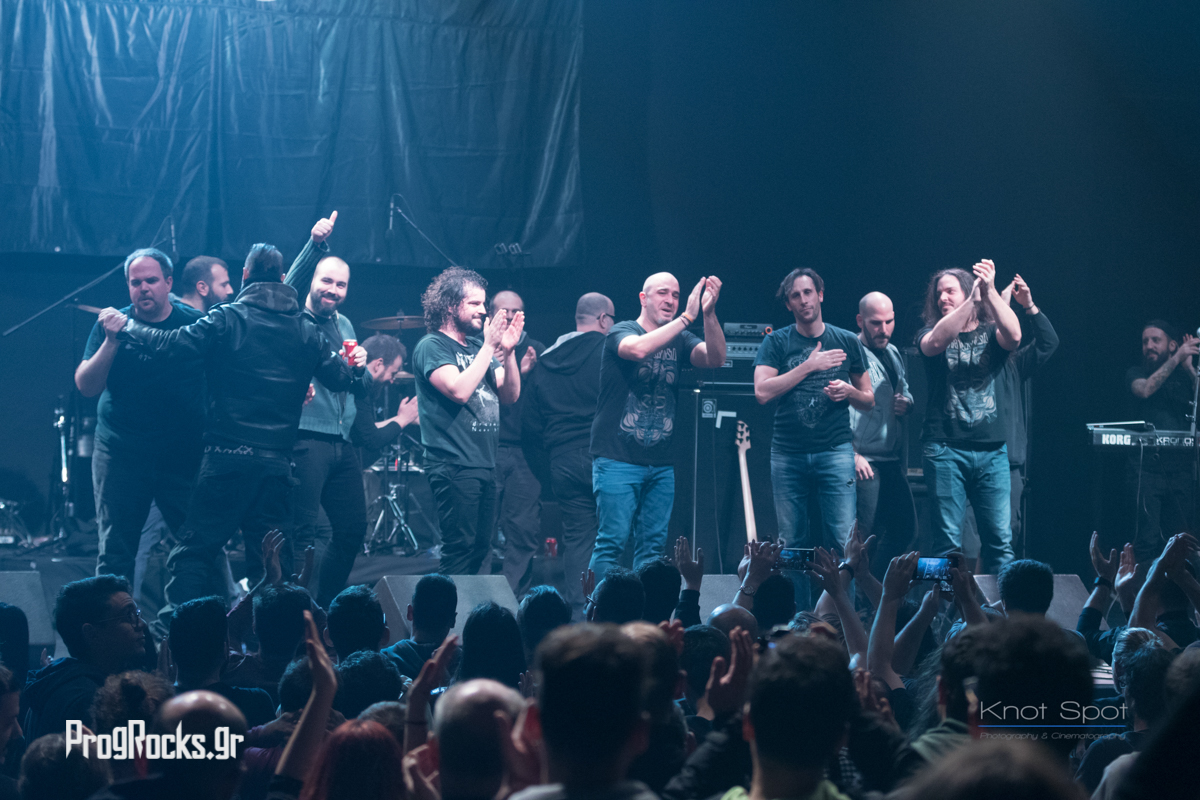 Half an hour past midnight the whole venture was completed. A sweet feeling was lingering that three Greek bands pulled off to put so many people on the ground who left totally satisfied with what they had witnessed. All of the band members assembled on the stage for photos, underlining the respect and admiration they have for each other. The lights were gone and the people were asking from the musicians to sign their albums and we left (with additions for our CD-collection) with a smile flickering on our face that the Greek scene seems to be stronger than ever.