The appearance of Motorpsycho on the stage of Fuzz Club 18 years after the first time they played in Greece was a fact that would and should reasonably be a priority for any rock fan in the country. In this case we are not just talking about an enviable career, 28 years of discography and 21 full-length albums. Especially during this decade, the Norwegians have reached a level that only few bands approach and this is huge. 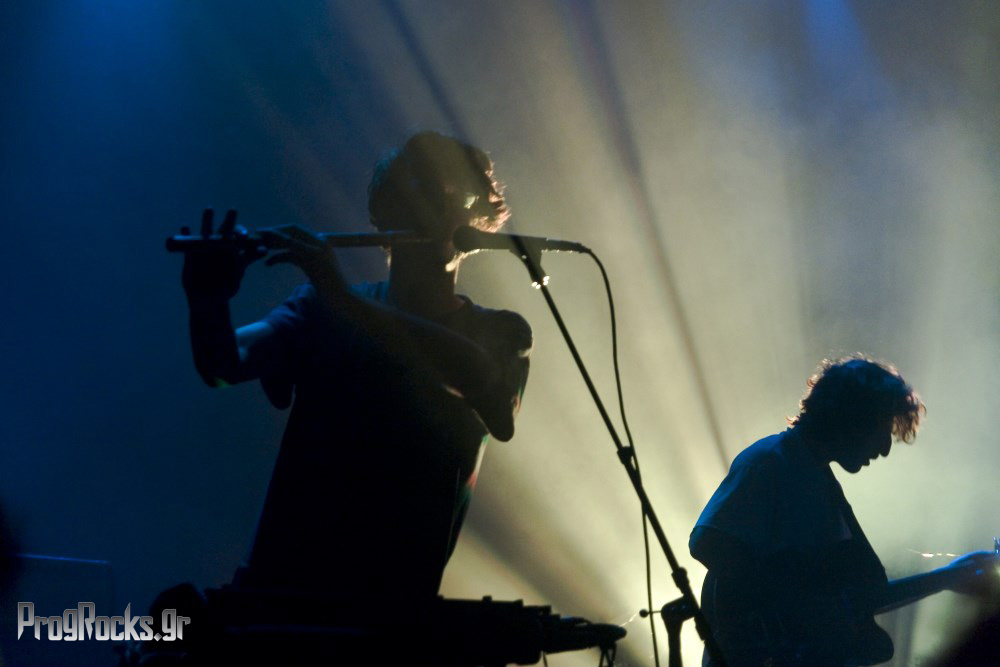 The concert we were really looking forward to for quite some time began when the Greeks Dury Dava went on stage to present their quite unique – especially for the Greek standards – debut album live (our reviews here). The mix of krautrock, freak out psych and indie rock with a purely experimental mood takes on another dimension when played live, because the conditions are perfect. The small attendance at that time and the usual tepidity of the audience during the set of a support band did not help at all, though that did little to deter the band members that were obviously doing their best. The elements that stand out, namely the use of bouzouki and especially that of clarinet and nāy were really impressive. There were moments you were drifted away by the psychedelic jamming, this oriental version of the most trippy rock music ever played (krautrock). However, the rather weak vocals and some weaknesses in technique limited their performance, but left hope for much better things in the future. Dury Dava are just getting started and we wish them the best. 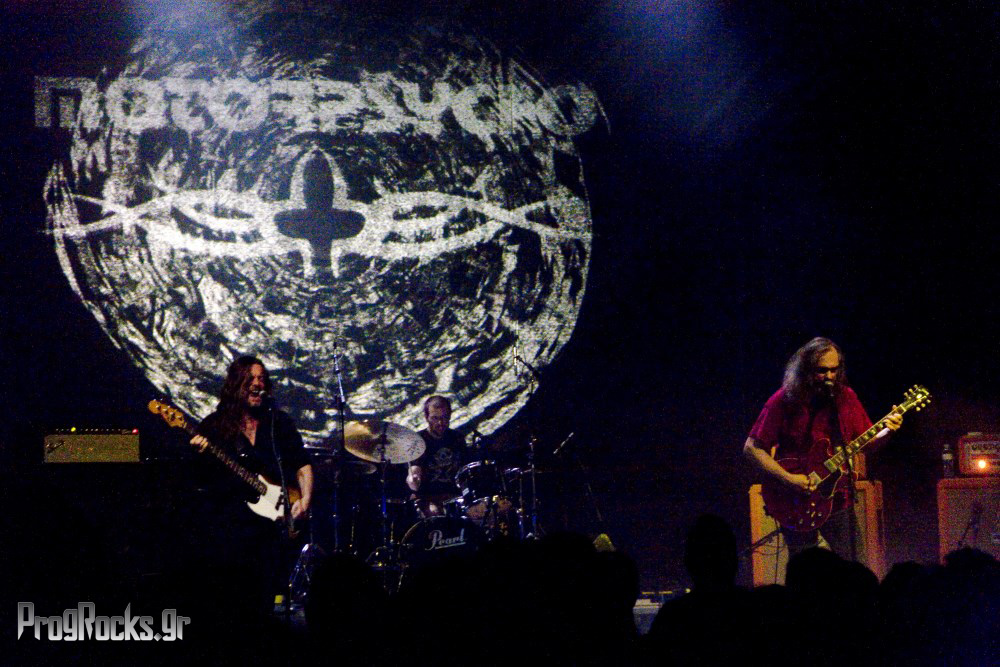 At 22:20 Bent Sæther and Hans Magnus Ryan, Motorpsycho’s Dioscuri, appeared on stage, followed by Tomas Järmyr, the band’s drummer since 2017. No matter how much prepared anyone was based on the band’s reputation for their magnificent live performance, what unfolded in the following two hours was very difficult to predict. The Orange Amplifiers made for a great backdrop especially due to the fact that there were only three musicians on the huge stage of Fuzz club. They started off with Year Zero (A Damage Report) from Little Lucid Moments (2008). The choice was ideal. The melodic intro of the song built all that followed, while its explosive parts were even heavier than in the album, earning the crowd’s respect with characteristic ease. 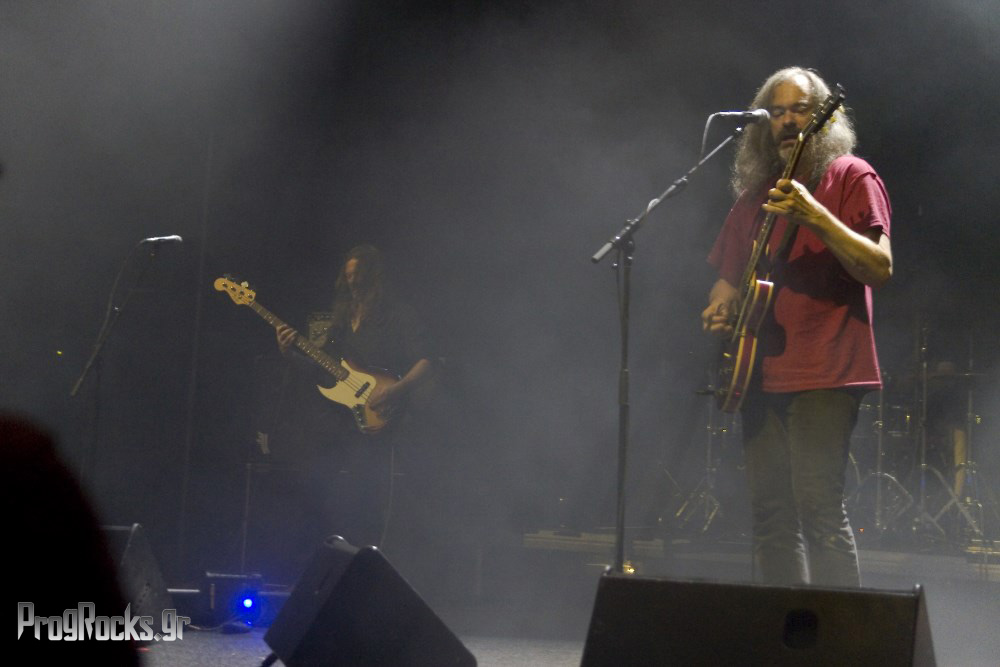 The band’s high level was so obvious that there was no room for dispute. The trio sounded like a quintet. Sæther and Snah’s chemistry is very rare (I doubt if they looked at each other while theme, style and rhythm changes were continuous. The distorted bass and the mainly psychedelic guitar (honoring the name of Fuzz club) were constantly bombing and the stage presence of both didn’t give anything away for their 30 year-career without a single break, while Järmyr proved he’s a perfect adiition after Kenneth Kapstad’s departure. His technique is high, so is his ability to groove, as the music of Motorpsycho demands. 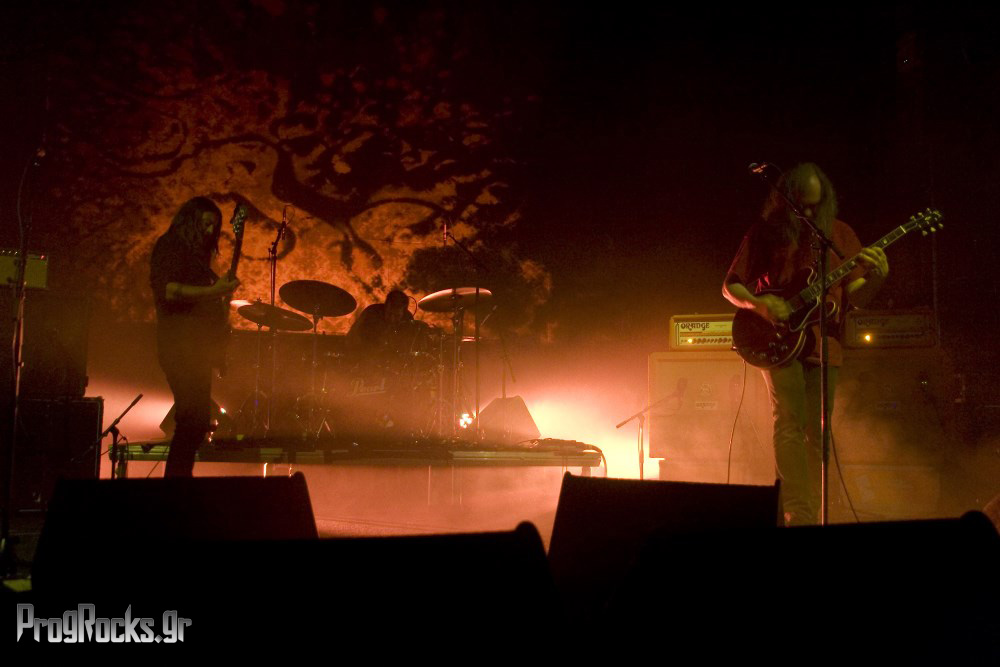 The riff of the amzing In Every Dream Home (There’s a Dream of Something Else) from The Tower (2017) was enthusiastically received. Its magnificent vocal line was perfectly matched by the voices of the band’s founders, and the audience was already in awe. Triggerman (from Black Hole / Blank Canvas, 2006) was an ideal follow-up in an unbelievable setlist that continued with the supergroovy On a Plate (Behind the Sun, 2014) and the beloved Greener (Blissard, 1996). The next song was the cover of August by Love (Still Life With Eggplant, 2013), which should be considered without any exaggeration a Motopsycho song, while in The Tower it became clear how comfortably they deliver playing their technically demanding material and pushing everything to the limit or even exceeding it. The epic Starhammer from Heavy Metal Fruit (2010) was an undeniable highlight in its entirety, and immediately after Mountain (from the 1993 Mountain EP) brought back a more alternative and noisy character. The surprise we were expecting from the band that chooses the songs shortly before each concert (amited by Bent in our recent interview) came at the end of the regular set with the cover of Into the Sun by Grand Funk Railroad (from split single with Hedge Hog), a song they don’t play very often. 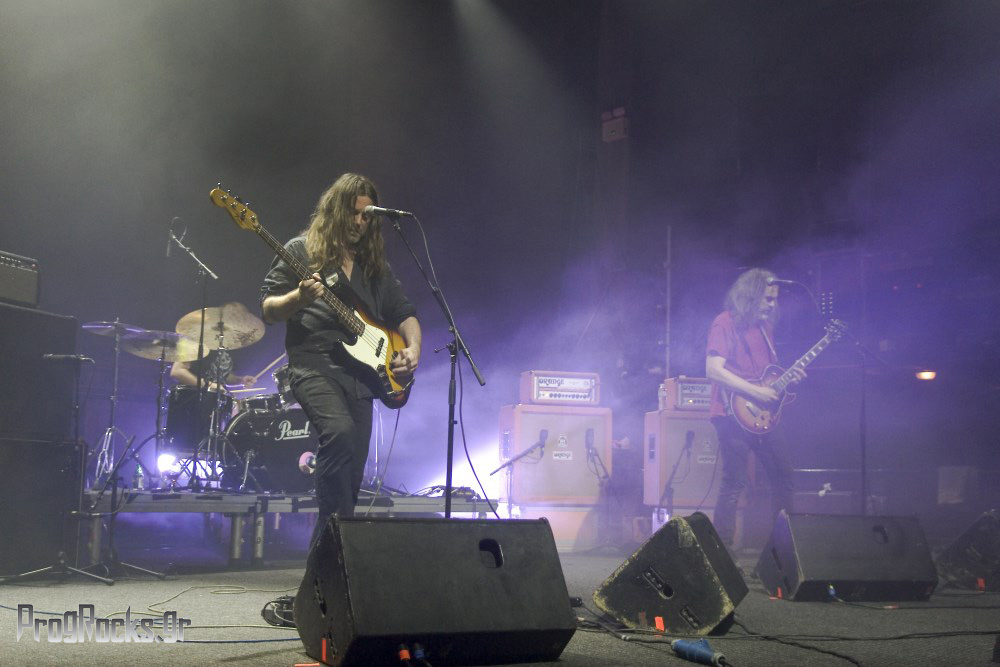 The encore included two more highlights of the band’s career: the purely Sabbath-ic Psychotzar which opens this year’s The Crucible and already is one of their the top songs, and of course the classic Walking on the Water from Angels and Daemons at Play (1997), which closed a melodic two-hour show. 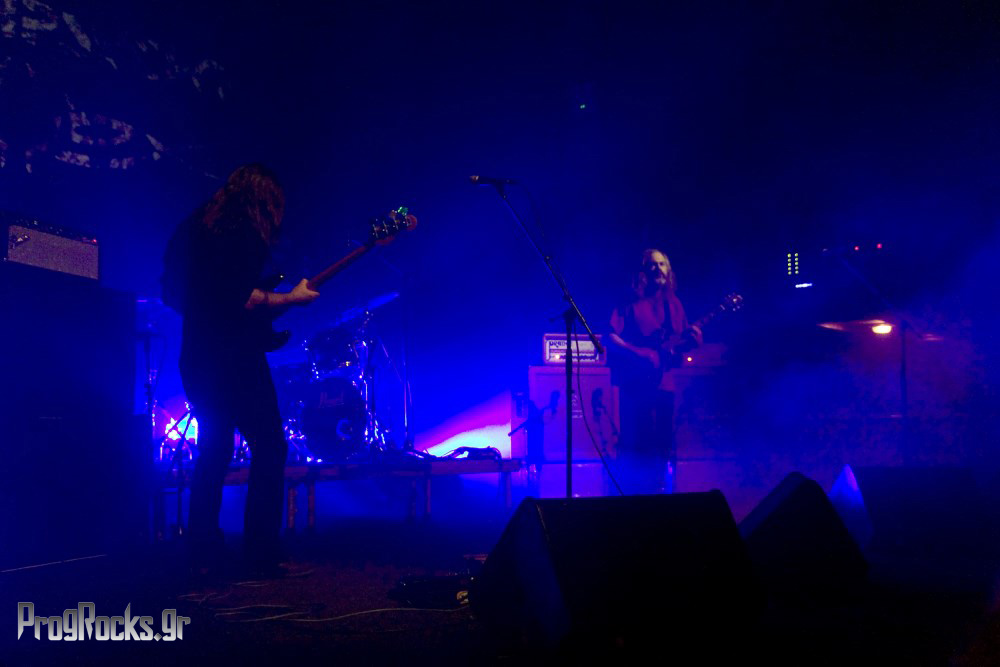 And yet, not all was perfect. The only downside to a stunning live performance was the sound that at some point became deafening because of the guitar, which along with the distorted bass covered the drums that could hardly be heard at some points. Because of this we didn’t fully hear some parts of Hans Magnus Ryan’s amazing solos, which were (in their entirety) magical trips of improvisation and purely personal style and dynamism comparable only to a few modern-day rock guitarists. Amidst a barrage of bursting riffs, melodies and endless groove by the rhythm section, it’s really a shame that the lucky attendants were far less than this huge band was worth. The presence of only 250 people (I doubt if there were more) at such a concert is frustrating, as the material of Motorpsycho extends from alternative indie and noise to hard rock, psychedelic, progressive, post-rock, and even country music, while their long history and unique series of great records in the last (many) years refutes any argument of ignorance. Under these sounds we should be dancing rather than standing with arms crossed.

Whatever their sound was, the level of the musicians and the music we enjoyed was at levels we rarely witness, let alone from a trio. We hope to enjoy them again on stage very soon and that many more people will be there, as any great band deserves.