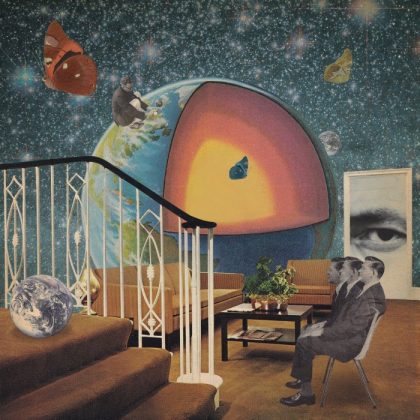 The septet orchestra of Thank you Scientist from New Jersey is now a strong name in the space of modern progressive rock. Seven years after Maps of Non-Existent Places and three after the excellent Stranger Heads Prevail (our reviews here), their third album aspires to establish them to the top of their line. With a strong crossover prog character and with the humor starring, it seems that the time for recognition comes with the release of Terraformer.

Jazzy alt-prog without surprises, but with high quality bar

By making a pass through the electronic forms and social media that deal with the modern progressive rock sound, it is immediately understood how Thank you Scientist have created enough noise around their name. Listening to their third album leaves no doubt about why this happens. With Terraformer they manage to gather many of the elements that the listener seeks of the genre nowadays and to give them to us through large and demanding compositions, but by grafting them with intelligible melodies and vocal lines.

The septet from New Jersey has garnered many of the elements that characterize the progressive rock of this century. First they have integrated the aesthetics of alt-prog, which helps them not to sound almost at all retro. The vocals of Salvatore Marrano draw their aesthetics from that particular musical tendency. His voice adds to the melody of the album, even though it is not the strongest card of the band, mainly due to lack of personality and less because of potential. On the other hand, one of their great strengths is the use of violin, saxophone and trumpet, as a counterweight to almost zero use of keys. This choice deepens their sound and enables them to enrich the compositions with jazz-fusion passages. They also manage quite effortlessly and without making a fuss, they often sound heavier (near the boundaries of metal).

The 13 tracks and the 84 minutes that the album lasts make it quite tiring to hear. Without it being difficult for a listener familiar with the prog genre to separately follow the tracks, the total duration is still too long. Probably a small editing of 10-15 minutes will help a lot. However, in Terraformer there are many good moments and tracks full of inspiration. If I had to pick out some, these would be the very strong Swarm, the quite Jazzy Chromology and finally the amazing Anchor, probably the best of the disc. In general, the quality level is at a high level and compensates for the lack of real surprises.

It is clear that Thank you Scientist easily reached the quality of their two previous releases and in points exceeded them. They further invested in the instrumental parts of their tracks, without at the same time cutting down the vocals and reached a result that solidifies them to today’s progressive rock audience. Their music, even though it will not be heard outside the walls of the genre, will excite many of its committed listeners. In their next effort, all they will need is a go through from the editing room and a little less predictability.

Thank You Scientist are further establishing their sound and showing that rock music can be creative and fun in 2019. Even though the album is long at 85 minutes it manages to captivate the listener with different styles, energies, pop culture references and great musicality. The band had always a great talent creating a cohesive sound while they were mixing wind instruments and big band sounds with classic rock, metal and jazz influences. From the opener Wrinkle the introduction to the Canterbury, experimental and eclectic sounds are eminent so that even the fresh listener gest introduced to what flavor the band has. Terraformer takes the creativity one step further with the band sounding more cohesive than ever and this time there is more space for the individuals to shine. Tom Monda’s solos in Everyday’s Ghosts and Anchor (personal favorite) are spectacular, Salvatore Marrano’s vocals lead most of the songs with energy and Joe Gullace, Sam Greenfield with their wind instruments and Ben Karas with his violin add another dimension to the sound of the band.