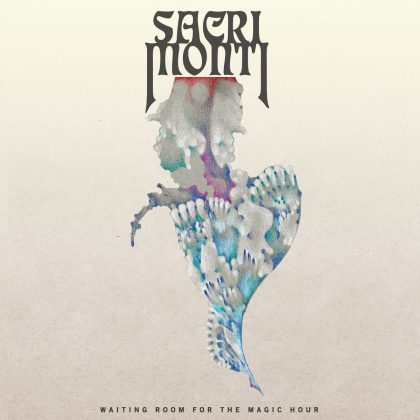 It is common knowledge that since four (or more) years ago the deep underground scene is boiling on the other side of the Atlantic. This trend has given us some very good samples of vintage rock and especially when these bands don’t simply copy the old sound they make great albums. All of this has been and still is evident beyond the wider prog rock scene. In 2015, Sacri Monti from San Diego, USA debuted with their self-titled LP and presented a serious, robust and heavy psychedelic, guitar-oriented, fuzzy, tripped-out rock in the vein of Hawkwind and Mondo Drag filtered through Rocky Erickson’s discography with Jimi Hendrix and Tony Iommi guitar style. They have since returned in 2017 with a split 7 “with Harsh Toke and Joy shorts.

Sacri Monti pair with bands like Radio Moscow and Monarch (this year’s Beyond the Blue Sky is worth your attention), as Anthony Meier (bass) and Thomas DiBenedetto (drums in Sacri Monti, guitars in Monarch) participate. In general, the origins and intentions of the bands mentioned so far, with the exception of the straightforward bluesy hard ‘n’ heavy style of Radio Moscow, are similar. This shows the dynamics of the scene and the high aesthetic level of the new American bands, not being entirely related to that of the corresponding European ones.

When an album starts with a composition like Waiting Room for the Magic Hour then the expectations for what follows increase. The quintet welcomes us with unimaginable high octane sparkling hard rock to the standards of Mahogany Rush, Grand Funk Railroad and U.F.O. (does Brenden Dollar’s voice remind of Phil Mogg or is it just me?) where guitars and drums offer electrifying dances. This is without a doubt the best hard rock song of the year. Although the band appears so energetic from the get go, things get more relaxed from the second track.

Songs like Fear and Fire and Gone from Grace remind us of their debut album, trippy but with less intense improvisation (without the absence of heavy bursts) and a tendency for a more structured composition. Now even the stunning choruses, missing from the Sacri Monti LP, contribute to a more targeted result. Songs such as the rather trippy Starlight, Affirmation that stands out for its nostalgic pessimism alongside the aforementioned ones, the Zeppel-ish southern ballad You Beautiful Demon, are dedicated to an overtly homogeneous and compact psych-like grid made of Floyd-ian psychedelia, jam rock, proto-metal, prog rock and heavy hammond rock. There are also clever breaks between the compositions (Armistice, Waiting in Malcesine), which, make the whole even more psych (especially the second), they do not cut give something special.

It is a fact that during the first few hearings this not-so-smooth transition from the inaugural hard rock of the debut to Fear and Fire‘s mid 70’s Floyd and everything that follows, the mark was anything but positive. Waiting Room for the Magic Hour needs patient listening, because these Americans have unparalleled inspiration and do not offer something over-simplified. It is also important that in this alum they do not follow the path they had carved with Sacri Monti, however they are gradually changing their compositions moving to a more relaxed mood, offering one more exciting album. Heavy as much as it should be and a thorough exploration of sound and emotions. Complex with passion and knowledge of the sound they love. Recommended for prolonged hearings.

The fact that I consider Sacri Monti’s 2015 debut as one of the top heavy psych albums of the decade made listening to Waiting Room for the Magic Hour a very interesting process. The recipe here is more or less the same. The purely US heavy psych is built on prog structures with the typical breaks and theme changes, alongside proto-metal explosions and heavy doses of groovy 70s hard rock based on the west coast origin of the band members. The production is once again balanced and purely vintage, this time perhaps more noisy and ‘thorny’ than what their material needs. This is fortunately overshadowed by the spectacularly high level of the songs and the so comfortable and ‘open’ rocking style of play that is nowadays pretty rare. Where most people want to impress with pointless technique, Sacri Monti mesmerize because they manage to play amazingly and they play their souls out.