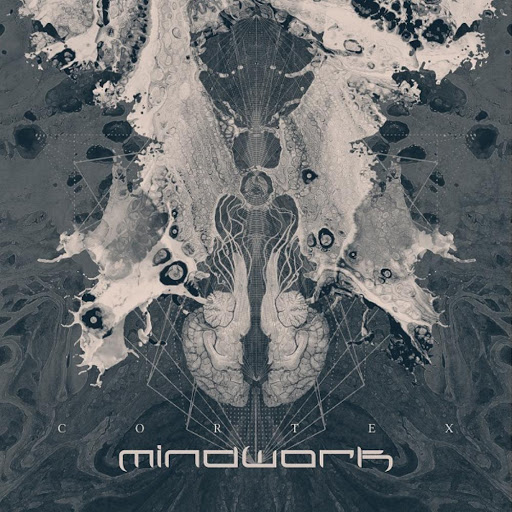 The Czech band Mindwork was founded in Prague in 2007 and released an EP (Inside the Consciousness – 2008) and two albums (Into the Swirl – 2009, and Eterea – 2012) until they disbanded in 2013. They played progressive death metal and during their short life they made a buzz, as they shared the stage with bands such as Suffocation, Cynic, Nocturnus, and several others after having participated twice in Brutal Assault festival. Their reunion 7 years later is combined with a change in the line-up and a new EP, and it remains to be seen if they have something new and different to show or if they continue from where they had left off. Let’s find out!

I hadn’t heard of Mindwork until I received their new EP, and since then I can say that I have become a fan. Alongside Cortex I was listening to their previous discography (especially Into the Swirl), and I think there is a difference in their music. Their base and main influence is still Death’s progressive death metal, but now they have incorporated jazzy ideas, especially in the guitar part.

This differentiation may have to do with the lineup changes, as Jiri Rambousek and Dominik Vozobule are the new members on guitar and bass respectively, alongside original members Martin Schuster (vocals and rhythm guitar), and Filip Kittnar (drums). This new blood also changed the approach to the songs, and there is a more pronounced Cynic element in their music, especially of the Focus era. This is very much evident in the last track of the EP, Grinding the Edges, which is remarkably reminiscent of How Could I? and Voice of the Soul, combined with the melancholy they have always had in their music.

Fortunately, this melancholy does not prevail (as was the case in Eterea, which had a strong pessimistic character), but it is scattered here and there and just creates a different kind of heavy atmosphere. A typical example is Last Lie Told, while on the other hand Depersonalized mainly focuses on the heavy riffing that is somewhat reminiscent of the tech death of Pestilence, while the Bobby Koelble’s guitar solo gives something extra to a very nice song.

I think that the reunion of Mindwork finds them at their best, as they seem more specific in what they want to play, they mix their influences with the progressive character of their music even better, and they have shaken off all out-of-date elements (clean vocals, thrash riffs) that spoiled their narrative in the past. Cortex is an EP that introduces us to the band again and I think we have to follow their new development.

In a time when the kings of old released great albums, it feels more paramount to talk about the future of the progressive metal sound. Psychotic Waltz and Fates Warning will not be around for a long time, and more importantly, you can’t expect them to continue creating a sound that will breathe new life into the progressive metal genre. Bands like Need, Leprous, and Mother of Millions should create the same sense of anticipation like our heroes of old.

Cortex is a four-track EP (including a one-minute intro) which leaves me with a taste of unsaturation, as the duration of 15 minutes may not be enough to judge the quality and abilities of a band. I listened to Cortex several times without reading the promo press release (I will explain below).

From the first notes of Depersonalized, Death of the Human, Individual Thought Patterns, Symbolic era will come to mind without a doubt, but the main influence is Cynic. Especially in the last track, Grinding the Edges (my personal fav), apart from its general aura, compositional and orchestration level and so on, the use of vocoder – Cynic’s trademark – sounds as if it’s taken from Focus or even more from Traced In Air. Not to be misunderstood, Mindwork are technically awesome, they write beautiful and solid compositions, the sound quality of Cortex is perfect (Jens Bogren, the master), the orchestrations are excellent, but they sound too much like Cynic.

After that, I read the press release. There, the band informs us that this release is a tribute to the tech death metal of the 90’s and especially to Cynic. Even the cover of Cortex is a direct referernce to Traced In Air. In fact, Bobby Koelble (guitar in Symbolic) plays a beautiful solo in the opening track. So, in anticipation of a full-length release, give Cortex a chance. It will satisfy you as much as a delicious appetizer before the main course.