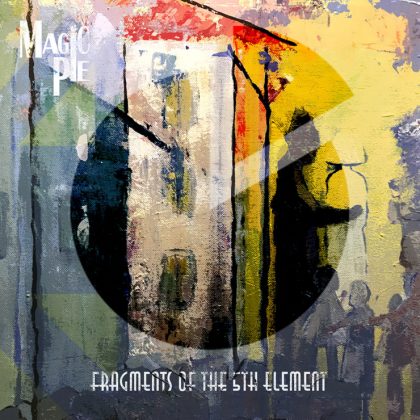 The first two albums of the Norwegian band Magic Pie, Motions of Desire (2005) and Circus of Life (2007), flew undetected, but with The Suffering Joy (2011) and King for a Day (2015) they managed to be heard to the faithful audience that follows the underground neo-prog rock releases. Most musicians, minus the brains in the band – Kim Stenberg, are almost 60, without much of a prior service in other bands except Eirikur Hauksson that was the singer of the Norwegian heavy metal band Artch, in the two excellent albums they had released. Fragments of the 5­­th Element is their second album released by the beloved Karisma Records.

Steady quality vs absence of surprises

Fragments of the 5th Element lasts 46 minutes and includes 5 songs. The starting The Man Who Had It All with the beautiful keys that are reminiscent of Marillion and generally the British neo-prog scene of the 80s, will evolve in a song that flirts intensely with 70’s classic bands like Deep Purple. P & C that follows is in a similar style. In Table For Two the acoustic guitars color the whole song with the hard rock element being absent.

The next song, Touched By an Angel is really special. It starts with a beautiful guitar solo, melodic and sweet, but the real surprise comes with the vocal lines of Eirikik that wears his David Bowie face and manages to be really enjoyable. Like a small tribute that stems straight from his heart. His expressive vocals (that’s true for the whole length of the album) convincingly support the lyrics and that definitely has to do with the fact that he is the one writing the lyrics.

Even the same track follows the peak of a Bowie track to close like it started. That is, with an equally pretty Gilmour-like solo. The song that closes the album is the magnum opus, The Hedonist. In 23 minutes, Magic Pie develop all of their virtues. The technical electronic instrumental parts are weaved with the acoustic parts and the choir is becoming more intense, something that helps the theatrical and dramatic aspect of their music. There is a lot of time here for all of the instruments to shine, especially guitars and keyboards. The reference to Nietzsche is worth noting in the lyric “When you look in the abyss, then the abyss is looking at you”.

Their crystal clear sound that we’re used to in their releases continues. At the same time they reveal their influences. Besides the ones already stated, we have Spock’s Beard, Neil Morse, Dream Theater, Yes, Genesis and Pink Floyd that have obviously affected their musical identity.

Magic Pie belong to those unrepentant musicians that love to create the music they love to listen as fans. They are not hiding it, on the contrary, they try in the limits that they have themselves set to create beautiful songs. What if some instances are brighter than others? Prog / hard rock fans that like the genre have just found a noteworthy album this year.

This is the fifth album of one of the most consistent bands from the Norwegian progressive rock scene. Without any line up change, the recipe of the good but too long King For A Day remains the same: symphonic / neo-prog in the standards of Yes, Genesis and Marillion with the main axis being the melodies and the multiple vocal lines that intensely resemble of Yes and Queen. Despite them being technically in very high standards, compositionally they have a more commercial approach in prog limits and they set aside their more complex and adventurous side. In the album opener, The Man Who Had it All, the synth and lead guitar melodies are beautifully combined with great heavy riffs, but the continuation with the radio friendly P & C and Table for Two is bellow expectations. The ballad Touched By An Angel has an intense Styx vibe especially in the chorus, however the 8 minutes of length are not justified. In the 23 minute long The Hedonist that closes the album, thankfully things are getting much better with Magic Pie performing an incredibly demanding composition, full of changes between calm and more dynamic moments. All in all, Fragments of the 5th Element is a noteworthy effort with clear weaknesses that leave an feeling of incompleteness.

Sylvan – One to Zero

Friday October 8th, 2021 Νέες Κυκλοφoρίες Comments Off on Sylvan – One to Zero