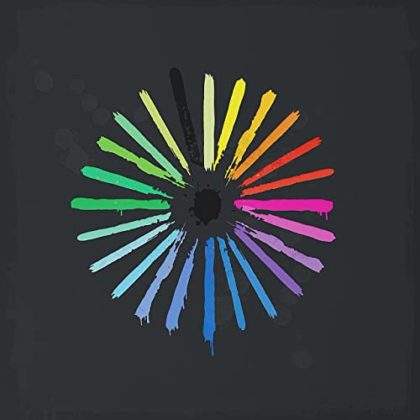 Marillion is a special case of a band for three reasons. First, at a time when the term progressive rock was not flattering, they managed to become one of the main links between the genre and its future. Secondly, although their first and most successful period was combined with the characteristic figure of Fish, they managed to live long artistically and with a stylistically completely different frontman, Steve Hogarth, and changed their style a lot, always remaining relevant. Third, over the years they have managed to create their own microcosm with their fans. It is one of the first bands that established crowdfunding, while they have also organized a festival that bears their name. In recent years, studio albums are released more rarely. Sounds That Can’t Be Made (2012) was their best release since the masterpiece Marbles (2004), while F.E.A.R. (2016) was weaker, although it was loved by several diehard fans of the band. After two years in quarantine and 40 years in discography, they return with An Hour Before It’s Dark, presenting the new stories that Hogarth came up with, and the rest of the band dressed musically.

The truth is that after such a long career and especially after the rather stretched and compositionally weak F.E.A.R., I do not know what expectations one could have from Marillion or most importantly if there should be any. Probably they themselves felt something similar and six years later they reappeared more relaxed, without any grandiose plan and without a trace of stress. I think this is the main reason why An Hour Before It’s Dark makes a successful release and a worthy addition to the band’s long catalogue.

Marillion of 2022 are certainly no different in style and sound. Since the mid-90s they have more or less settled on what they stand for. So, as every fan would expect, they present a handful of stories, written in Hogarth’s very special way. Apart from his personal tribute to Leonard Cohen with the wonderful The Crow and the Nightingale, the rest of the tracks include human stories, which reach an ecumenical status through his way of writing. Of course, his interpretation adds the appropriate emotional weight that can make any listener identify with the story of a man who finds a gem in Africa and decides not to sell it, keeping it as a personal treasure. The years have unfortunately passed and Hogarth no longer has the vocal range and power of the past (something that had influenced his performance in F.E.A.R.), but his acting talent (equal to a great actor) is still here. It is questionable he sounds borderline mellow through all these years, but with the maturity of his voice, he never exceeds it.

Apart from Hogarth, the other four members are back again, assisted by a choir called Choir Noir in three tracks. Mark Kelly once again unfolds his talent in creating his characteristic soundscapes, which function as compositional bases, while he also uses the piano a lot, sweetening the pieces a lot. Steve Rothery, on the other hand, clearly has a more leading role in the flow of music than in F.E.A.R., either rhythmically or as a lead player. He even adds two more stunning solos to his great legacy, one in The Crow and the Nightingale and the other in Care.

The only problem of the record (if you can call it that)  is that it’s rhythmically monotonous. The compositions, no matter how good they are, lack the element of surprise that a different rhythm or a drum fill could add to them. This of course is a characteristic feature of Marillion for several years and is probably their artistic choice. It’s just that over the years it seems to deprive the listener of most of the enjoyment, which had hardly happened in the past.

Surely no one expected Marillion to release such a good record in 2022. However, they did it in their typical low profile way and as much as it sounds by the book, it contains a lot of the band’s magic. An Hour Before It’s Dark may not have a really great track (although The Crow and The Nightingale is not far from that), but it remains consistently great throughout, continuing the long discography of a band that from some point onwards decided to do everything in its own way, protecting its artistic integrity.

With this album Marillion confirm in a triumphant way that they are one of the most important bands in progressive rock. The album is 100% Marillion with the characteristic melancholy of the Hogarth era, less atmospheric and more intense than its predecessor. Kelly remains the backbone of the band, giving depth to the compositions with his keyboards. Rothery keeps his high standard playing with exceptional melodic solos that stick to mind after the first listenings. Mosley / Trewawas deliver a great staccato rhythm section that take the lead where and when needed. As for Hogarth, apart from his great voice, the theatricality of his performance is unique. Hogarth seems that he feels everything he sings and is undoubtedly the band’s most important means of expression. Lyrically, Marillion are relevant (e.g. Reprogram The Gene) while musically, Care, Be Hard on Yourself, The Crow and the Nightingale among others stand equal to many great songs of band’s legendary career. Amazing album!

Frost* uploaded ‘Exhibit A’ from upcoming EP ‘Others’