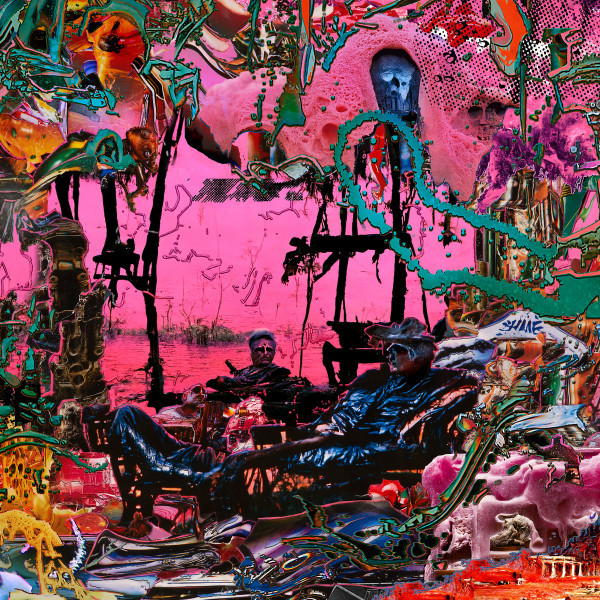 On two records (Schlagenheim and Cavalcade) between 2019 and 2021, which dramatically capture the confusing times we’re going through, Londoners Black Midi shockingly found purpose and gained a wildly diverse audience thanks to their panspermia of ideas and shifting elements and moods. And the diversity that one finds between the parts of their albums not only does not disrupt their coherence but contributes to their fascinating mix. Post-punk, prog, math, jazz-fusion and many other definitions of the group’s style fall into the void as one inspiration after another unfolds before the bewildered listener. This realization more or less sees the light and characterizes their third full-length project which was released this year.

Picking up where they left off with the electric swirls of Cavalcade, these Brits aren’t content with just shuffling the patterns of their new LP’s predecessor. Instead, in Hellfire (which sounds exactly like the title) they reconfigure a sequence of mostly stormy sound combinations, turning the listening experience into a dizzyingly beautiful condition.

With their tongue-in-cheek spirit giving the mark, the now trio is in tune with the global chaos of the time, drawing jagged lines that unite various emotional states that one can experience today. In their frame they ecstatically place the roadblock of capitalism, homophobia, the violent competition imposed by competitive sports, the farewell that an accomplished performer supposedly owes like a swan song. In all their narratives they show their preference for imaginary events, but also their need to talk about possible situations. These are wild stories that could happen, today and tomorrow…

In the 38 minutes of Hellfire they manage with executive skill to combine cabaret decadence with avant-garde craftsmanship that reminds of Captain Beefheart-esque days, the idyllic imprint of a flamenco with electronic distortions, sensual vocal harmonies with carnivalesque utterances, furious metal drum blasts with atmospherics and lyrically rich orchestrations with stormy guitar and piano passages punctuated with sharpness and ferocity. In other words, a highly effective mix of moods, and styles hits the track The Race is About to Begin. The Italian Marta Salogni did her best in tying the individual components together, and seems to act as a fourth member behind the production console, taking on a terribly difficult task: An adhesive substance is needed both for the album pieces as a whole and also for the elements that make them up.

At every turn of this journey, Black Midi clearly show that what looks like a successful Shock Doctrine to us, is just another day at work for them. Education and aesthetics are the pillars on which these seemingly crazy young people patiently and persistently build their entire Babel tower, always having a seductive Hellfire burning around them.

The release of Hellfire just one year after Cavalcade could be the record that cemented Black Midi as the most hyped band for every unconventional music geek in the world. The truth is that many people believe the band from London proved that they are the next big thing, something like the new Mars Volta. Of course this would be a dream come true for any avant-garde progressive fan, but in order to achieve it, it requires compositional depth without the alibi of experimentation, as well as melodies, tight playing and vocals highlighting the compositions. Aside from how well the three musicians play together, Greep’s irritating endless narrations and generally vocals below average show weakness rather than artistic opinion, the melodies are missing or come across mostly as not-so-inspired jazz elements, while overall the ideas, riffs and rhythms alternate erratically. Even if inspiration was at a higher level, the conclusion that Black Midi released the album too early is the most optimistic scenario. Hellfire includes some scattered good ideas that could have been developed differently. Unfortunately, the energy of a band in its prime is not enough, and I think the band is exposed with these choices.