Alcest is one of the few bands with original sound, regardless of personal taste, and their music adorns with its unique colors the modern musical firmament. Upon the release of their new album (our reviews here) the band returned to Greece to promote Kodama. Their first visit in Greece was in the context of the tour with Triptykon and Anaal Nathrakh back in 2010 (they were third on the bill) when they were taking their first steps, but this time their comeback as headliners verified their spectacular progress. 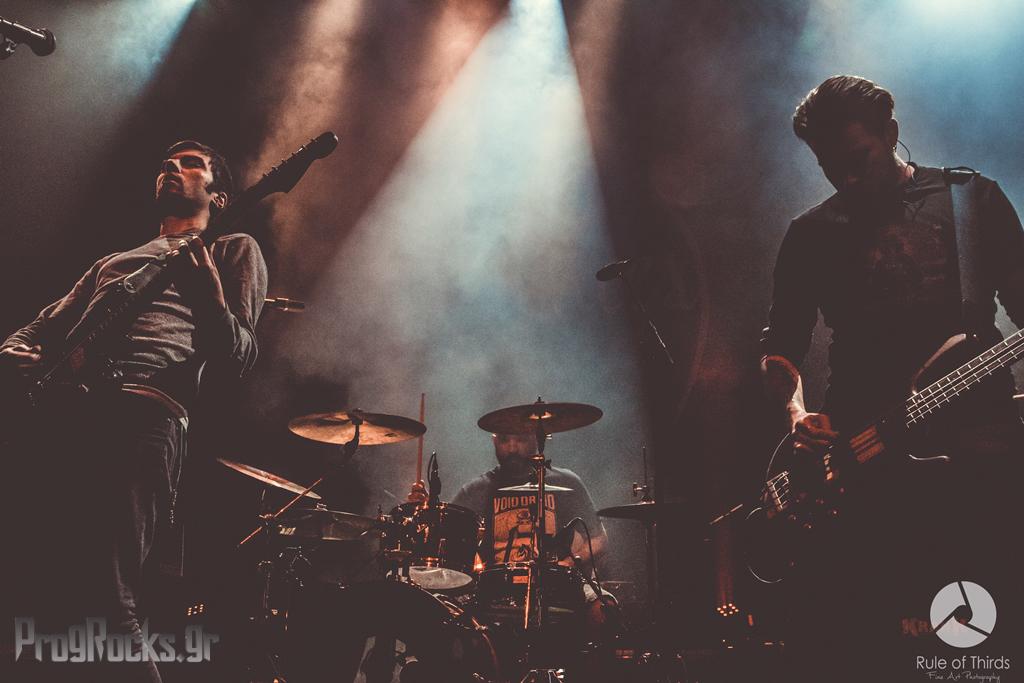 Being misinformed that the gig would start about at 20:00 when the doors would open, I found myself quite early in Fuzz Club venue. The crowd was thin by then and we waited patiently, taking up to watching the punters file in till the support act would begin to play, whose name was still a mystery. At 21:00 Amniac stormed the stage in front of 150 people. I admit that they flew under my radar, despite, as I was later informed, that they have released two albums so far. The quartet made its intentions clear right from the start and cut to the chase. They were in the same musical area as early Isis and Cult of Luna which was out of place, in my opinion, with what headliners are playing. Yet by means of their big sound, the distorted bass especially, they put on a good show which at times turned the audience on. They are, if anything, promising, and if they pull off to sound more original, they will intrigue even more listeners. They left the stage half an hour later, and their singer thanked laconically the crowd. Their set was short, but they managed to make their presence felt. 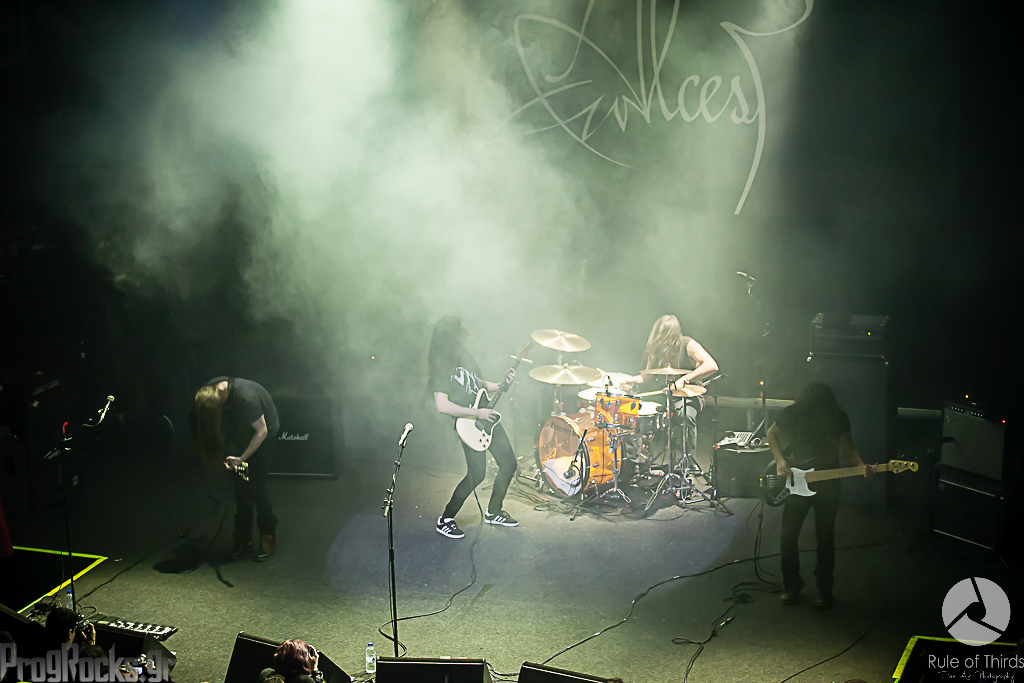 The following thirty minutes, more and more people kept entering the venue and even though the house was not packed, the attendance was satisfying, if we take also into account the inconvenience of the weekday. At 22:00, right on schedule (as my progrocks.gr-mate Kostas Rokas informed me), Alcest kicked off the gig with the intro of the song Kodama. It was obvious right off that the sound was clear, till the end no less, which was a major factor that their sophisticated compositions reflected their true beauty. 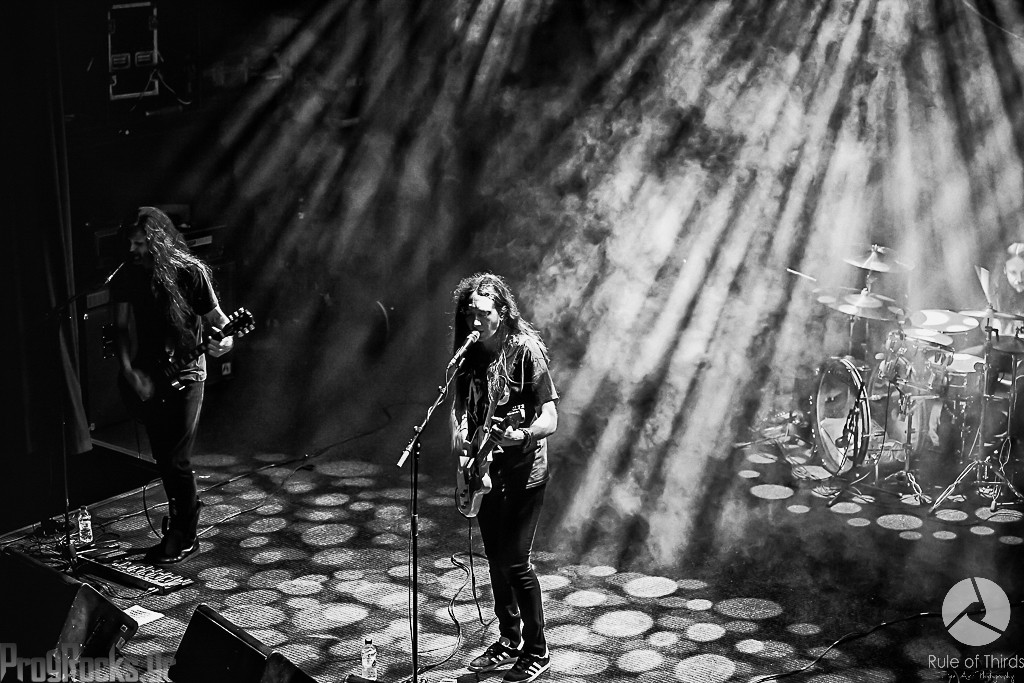 The majority of their set was based, of course, on their latest sublime record and therefore we were lucky to experience live the dreamy melodies of the French pillars of blackgaze. The lights bathed the core-members of the band, namely the drummer Winterhalter and the modest leader, singer and guitarist Neige who led the way to setting the sound, but also the excellent Pierre Corson (guitar, backing vocals) and the great bassist Indria Saray contributed equally to a successful performance. 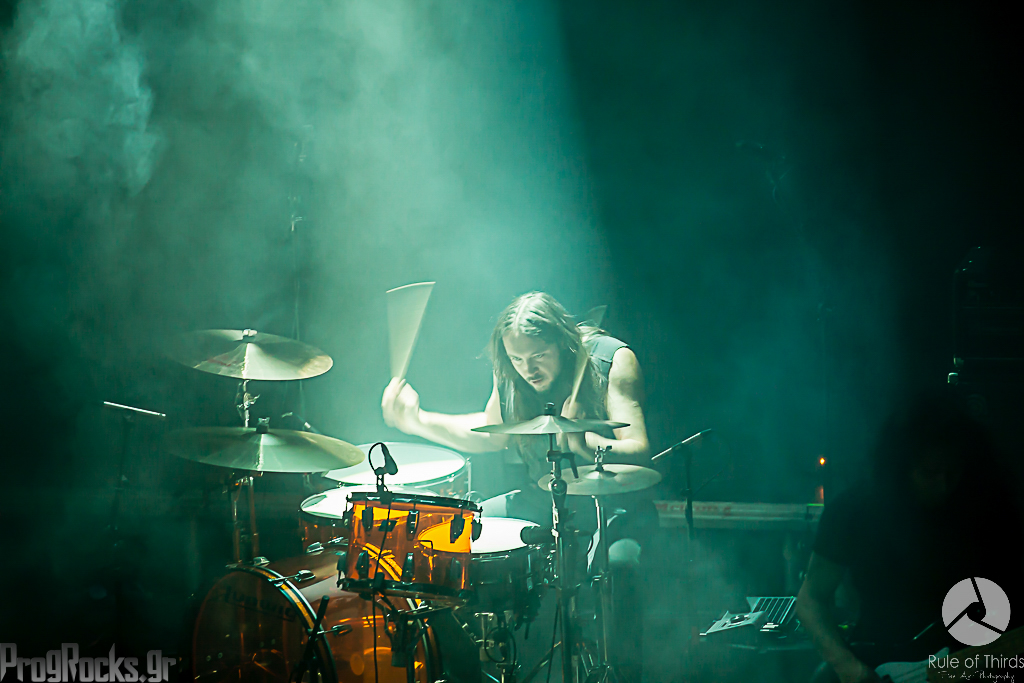 The second part of Écailles de lune evoked memories from their black metal early sound, firing up the audience that was following mesmerized the melancholic turn of the song. Autre temps that came next weaved a dreamy aura in the venue. The band then delivered two more songs from their latest album, a fact that showcased its quality, as well as the band’s proficiency to pass its music to the audience, balancing beautifully between dreamy melodies, post-rock and black metal outbreaks. 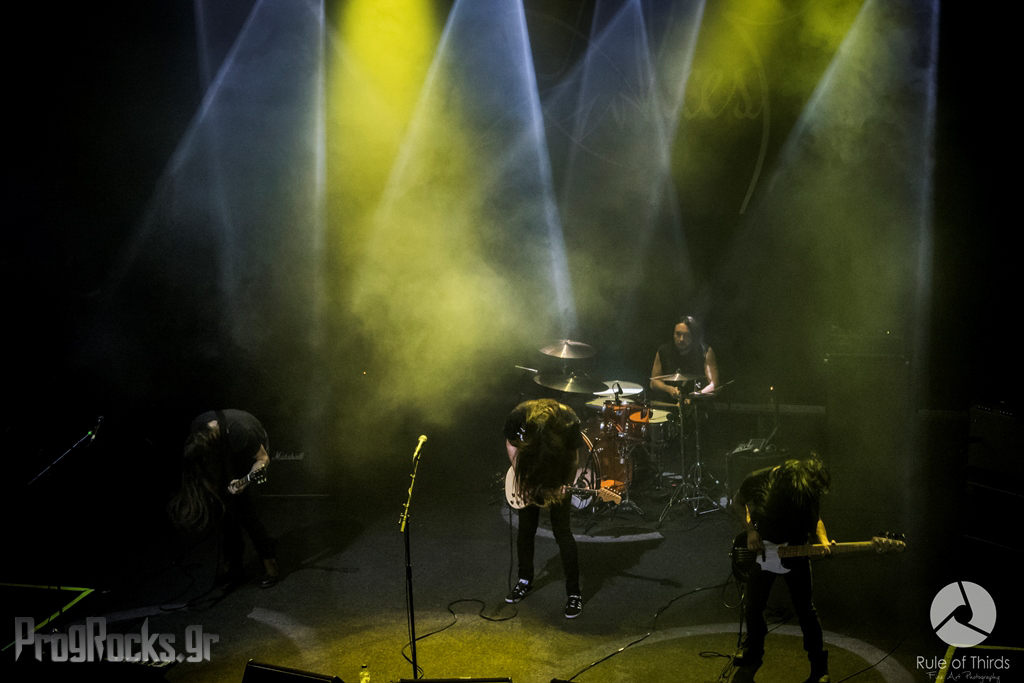 Through the entire gig the band was focused on their playing and stripped of any arrogance, as well as superfluous sentimentalisms, they were confined, by means of Neige, to a brief citation of their first live appearance in our country. Well-aware of their role as music travelers, they took the audience along with them into soul songs (Les voyages de l’âme) reaching the sea (Sur l’océan couleur de fer) and the echoes of its bitter waves. While the audience was surrendered to the fleeting images that Alcest spawned, the band brought us back with Là où naissent les couleurs nouvelles and its breathtaking instrumental ending, which could happily last a bit longer… 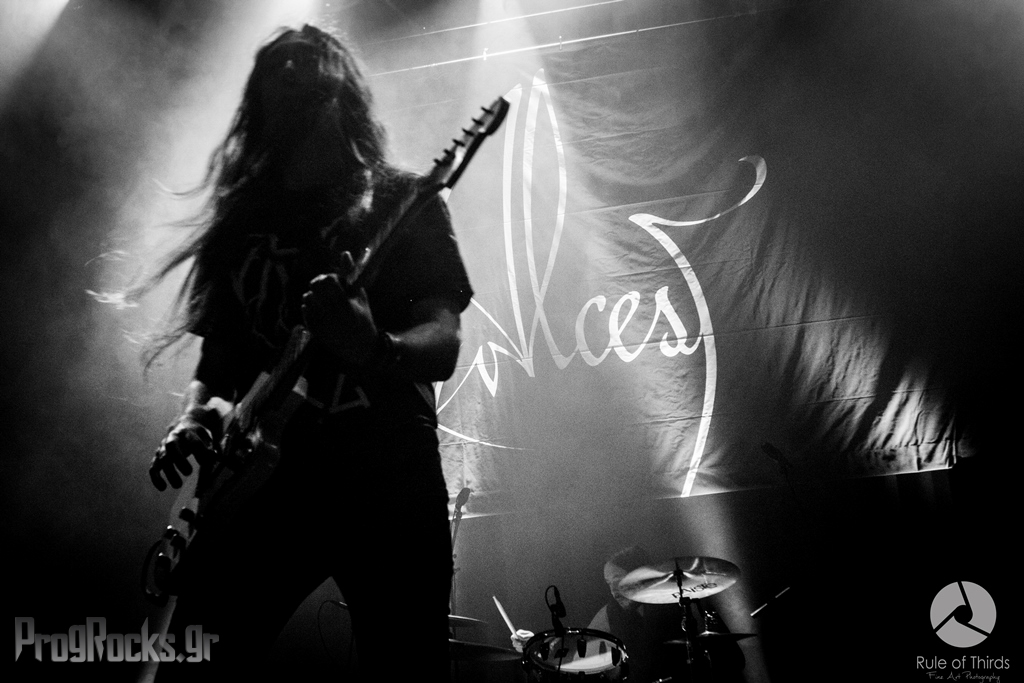 The night was coming to its end. Délivrance, the sole pick out of the (controversial) Shelter, was their last song before they leave the stage. Even though it was obvious that Alcest would follow strictly the schedule, the audience was holding out some hope that they would storm the stage once more. Unfortunately, this was not the case, so Neige’s farewell was indeed goodbye.

I believe that we were privileged to witness a truly nice gig from a band which is on the crest of its wave and it seems as if they have more in store for us. I could point out some negative aspects, like the setlist’s relative short duration, the fact that they focused mainly on the promotion of Κodama (no matter how wonderful it is…) and also their attempt for a brief flashback to their career at the expense of some more experimental moments that showed they are capable of pulling off. Nevertheless, I think live appearances of that caliber, which offer us unforgettable experiences, are kind of rare. It was a night that all of us shared nostalgic wanderings in the world of Alcest and then returned to the bitter reality that surrounds us.