The end of the year is the favourite time of every music critic: they brush up on the albums they judged as best, the making of their list while checking out lists of others, endless conversations about the albums included, their rank and so on. Aside these activities, another personal favourite pastime of mine at this time of year is to choose underrated albums, absent from almost every list (mine included). There is a wide range of possible reasons for that. One is that some of them came out early in the year or towards its end and either were clean forgotten or not quite absorbed, others were way too underground or extreme in their own way, others for unknown reasons. These albums are the topic of this article. The venture began last year (click) and probably will go on in the future mostly because it is such a sheer delight to write about criminally underrated bands and albums that the existence of a purpose makes it a much easier procedure. 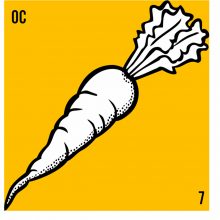 When I was done listening to the EP of Orchestre Celesti at the beginning of the year, the (pleasant) surprise was quite intense. This was because it is the musical content of The Big Carrot (and misuse of it) that shocks rather than its title. Federico Fantacone (the sole man behind the monicker Orchestre Celesti) did more than good here. Half an hour was enough to outdo the six full-length albums he has done so far with these five tunes, and he did it rather easily. With the keyboards as the single guide and the contribution of sampled wind instruments (trumpets and saxophones) and digital percussions, the final outcome sounds like a bridge between the 70s British prog with RPI, the electronic and of course the jazz element which provide the palette of the experimentation which is pervasive but also –strangely perhaps- digestible and charming. The arrangements could be richer at parts, but maybe this strange simplicity could be the secret right from the start. The best proof of this is probably The Big Carrot that closes majestically the EP sporting Fantacone’s rich ideas.

By the way, that was the half of the seven-and-a-half-albums. 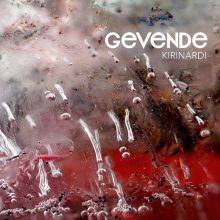 Gevende is a band from Istanbul which is around since 2000 and deserves more recognition outside the borders of Turkey. Kirinardi is their fourth album (including the soundtrack of the adventure video game Monochroma) and it is one more testimony to the talent of the quintet (you should check out also the magnificent Sen Balık Değilsin ki of 2011). Once again, they came up with a different sound taking a jazzier turn whereas the folk elements were diminished  and a smoother, more alternative and melodic smooth groove dominates the subtle ambience that characterized them until recently. Once again the wonderful arrangements do their bit and taking care of the tiniest detail is obviously the favourite sport of the five musicians. The trumpet, the flugelhorn and the viola are enjoyable as well as the hectic drumming while the production is stellar, the vocals drip with emotion and the lyrics sang in Turkish language far but alienate. The album climaxes as it reaches its end with increased tempos, psychedelic and heavy passages that intensify the interest. Regardless of the above, what impresses most is that such a diverse whole remains experimental and adventurous within the context of short in duration songs. 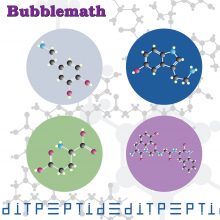 The second record of the Americans was released 15 solid years after their debut album Such Fine Particles of the Universe and it is no figure of speech to say that it was worth the anticipation. As expected, their sound is different here, quite updated but with their personal identity intense plus an overwhelming level of technique. The thing is that all of the songs, but also literally every part of them is characterized by such a multitude of themes and styles, as if they crammed into 64 minutes all of their ideas that remained unheard for 15 years. Especially on the epics of the album (Routine Maintenance and A Void that I Can Depart To) there are tens of changes, completely unpredictable no less. The sonic amalgam of Bubblemath is an original alloy of 70s prog rock, modern prog metal and avant-prog, something like a mixture of King Crimson, Gentle Giant, Utopia, Haken, 5uu’s, miRthkon and 3rdegree. The release of Edit Peptide was one of the trump cards of Cuneiform for 2017 and one single listen justifies this (but also those that follow the initial shock). The pluralism and the extremism of Bubblemath’s prog are such that it could be the ultimate love/hate test about progressive rock for every listener…oh yes, no grey area here! 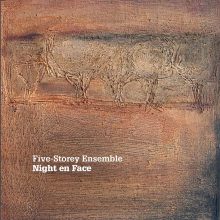 Five-Storey Ensemble is not just the best band ever that hails from Belarus, but also one of the most interesting contemporary chamber music / avant-prog groups as a whole. The anticipation for this very record was more than worth since four years after the release of their impressive debut album (Not This City) they pulled off to come back with a release that lives up to the expectations and the standards they have set. Their modern classical approach in a totally avant-garde environment is characterized by “simplicity” itself with the nightmarish piano providing the rhythm and the background for the bassoon phrases. Uncannily, the discontinuity of the songs is a plus here, like stapled thoughts that come abruptly to an end, like a favourite black and white film where the poor editing is part of its charm. Music itself urges you to invest it with the appropriate images. No, the music in Night en Face is not cinematic but rather introspective and the absence of the electricity makes it darker all the more as the fingers, the screeching of the bows and the blows contribute significantly to the experience. Strictly for solitary listens in dimmed places. Those who stand this dark beauty will be naturally bound with it. 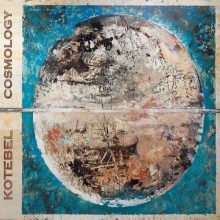 The last few years, Kotebel from Madrid achieved to reach a somewhat wider prog audience, even though they still have a long way to go to reach the vanguard of this particular sound, perhaps intentionally. Cosmology is the seventh album of the Venezuelan keyboardist Carlos Plaza five years after the breakthrough-like album Concerto for Piano and Electric Ensemble with the flutist Omar Acosta back to fold. The gradual progress of the band was evident the previous decade, but I confess that Cosmology is, in my view, the best work they have recorded so far. Dark, symphonic prog with neo-prog, jazz, latin and heavy prog elements which nevertheless never strays from the strictly compositional nature which excludes easy hooks, saccharine melodies and every hint of lyrics or vocals. The performing flow is admirable, the technique impeccable and the whole experience exceeds every expectation. The 32-minute Cosmology Suite is in every way one of the highlights of Kotebel and perhaps the only drawback in this release is its 62-minute duration, but it is a certainty that it will be appreciated by those that the album aims for when they listen to it. 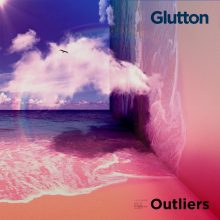 The label that deserves to be awarded as the top one in 2017, based on the quality of its releases, is Apollon Records which stole our heart with the albums of Wesebergland, Pixie Ninja, Suburban Savages, Arabs in Aspic and Trojka. The second album of Glutton fell between the cracks, very unfortunately indeed, just like anything that is related to the modern progressive sound in Norway. Outliers is truly a good record, but mostly it is original and unpretentious with plenty of impressive moments, although the secret here lies in the recipe. The melodic, dark and occasionally psychedelic-like Scandinavian prog rock is filtered by the modern and alternative post-rock sound from the 90s to this day, with lyrics both in English and Norwegian that interchange successfully and the superb compositions are driven by the inspired vocal melodies. The fourteen independent and of equal quality songs recycle themselves with every new, equally enjoyable listen which inevitably leads to appreciate Outliers all the more. After that, the debut album Parts of Animals is but a distant memory and I hope the future has the visibility that Glutton deserve in stock. 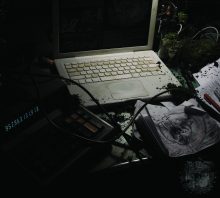 When Regressions was released in 2010, the debut album of Cleric was deemed by many as a big step forwards for the extreme technical metal. The return of the band from Philadelphia, PA became a fact at the end of 2017 and their fans who were on tenterhooks probably got what they expected to listen, excluding maybe the duration. The 78 minutes of unstoppable experimental extremity are convincing about the level and the form the band is in. Of course we had got a whiff from the not so few recent achievements of Matt Hollenberg who cooperated, among others, with Nick Shellenberger on his own band Shardik who has a leading role here and really shines from start to finish on this album. The avant noisecore extremity of Cleric bridges the uncompromising prog metal with mathcore and psychedelia within the context of a noisy and necessarily bizarre experimental environment to which every truly prog metal listener and every follower of the jazzy perversity of John Zorn (who participates in the album of course) impulsively bows. Seldom sounds the chaotic playing so precise and harnessed with expressive fluctuations and deprived of any easy parts. It is as if Cleric are playing pool on a rotating table, and they do it successfully. 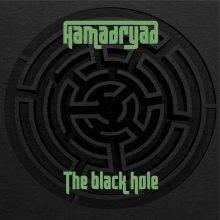 This is about one of the most important and unfortunately less hyped come-backs in the prog scene in 2017. Seven years after Intrusion, Hamadryad from Montréal put out their fourth album just a few days before the year was over. This was the only unfortunate circumstance about The Black Hole which was not included in the annual prog lists because it is a flawless jewel which will take by surprise even the most suspicious about the level of Hamadryad. The old-timers Denis Jalbert and Jean-Francois Desilets aided by the younger Sebastien Cloutier and Nicolas Turcotte managed to outdo with apparent ease their two previous albums. It is no exaggeration to say that The Black Hole is on a par with their excellent first album Conservation Of Mass (2000) and this says it all. On the question which is the ideal progressive rock performance (and heavy prog with prog metal elements to be precise), this very album is a totally satisfactory answer. Not only is there not a weak track, but also numerous moments of magic are spotted in the six new tracks which can do the trick and move everyone concerned, like the remake of the eternal Amora Demonis.