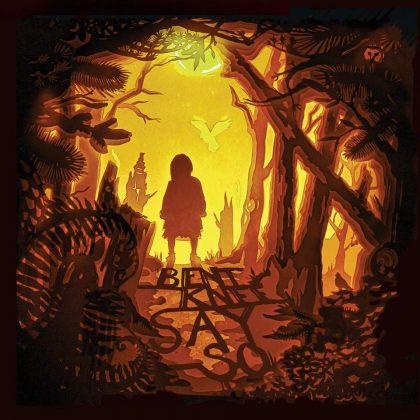 Bent Knee is a band without frontiers: this is the opening phrase of the bio on the official website of the band and as banal as that might sound, in this case it is absolutely accurate (at last!). The homonymous debut (2011) gave the initial tone and Shiny Eyed Babies (2014) attracted the attention of quite a few for the peculiar combination of rock, pop and avant-garde with an art-rock / prog style with a bold personality.

This year’s Say So is the first album of the band for Cuneiform Records, in which, as the Bostonians themselves say, the band focuses on the sound of surprise. It’s rock for the thinking person.

There have always been typical cases of bands that while they dispose of all the basic features to make the artistic transcendence, something is holding them back. More or less like this, Bent Knee in their first two albums had the advantage of Courtney Swain’s amazing voice and lots of good ideas. The missing link of the connection of these ideas and a solid artistic vision, fortunately for them and for us, lies in the third and crucial effort, Say So.

The first main feature the listener is confronted with while listening to the album is of course the aforementioned voice of Swain. Its distinctive timbre and wide interpretative range impress, while allowing the rest of the band to play fearlessly with the dynamic of the tracks and the musical genres in general. The label of art-rock can describe the music of Bent Knee, but it is still a restrictive one. The band moves on the fringes of contemporary “artistic” pop (assuming that Florence + The Machine are a typical example of the genre now) without almost never trying to reconcile with it. The compositions as units and generally the album flow have a rollercoaster nature, with pop melodies and vocal lines being placed strategically on progressive (even avant-garde) structures. In this sense the classic art-rock, such as Leak Water, is alternating with the avant-garde circus –if the term might be allowed- encountered in Counselor and Commercial, while atmospheric ballads like Τhe Things You Love are not missing or “audacious” pop choruses like the one in Hands Up. The sentimentality stemming from the vocals is matched with ease in the cerebral compositions, while the band seems to know how to hold the meter even in the largest songs of the album, the 9-minute EVE.

The artistic recognition is a fact for Bent Knee. With Say So they achieved everything they had promised in the previous years, releasing a unique album with great music and aesthetics and perfect performance thereof. The most cerebral and “strange” elements of their music proposal are likely to deprive them of commercial success, but never say never.

Melodiousness, complexity, spontaneity, intimacy, originality… If the only criterion for producing music were the untamed need for creative expression, then Say So would be among the few albums that would be released. Being conscious and boldly independent, Bent Knee offers one of the biggest and most pleasant surprises of the year. The seminary orchestration, the ingenious compositional structure and the unprecedented combination of pop and avant-garde in a form of prog / art-rock dress ideally the dark lyrics that are as personal as to concern eventually everyone, with the incredible voice of Courtney Swain shining throughout the album. Say So is substantially progressive, the strangest album that could be addressed to all, one of the gems of 2016.