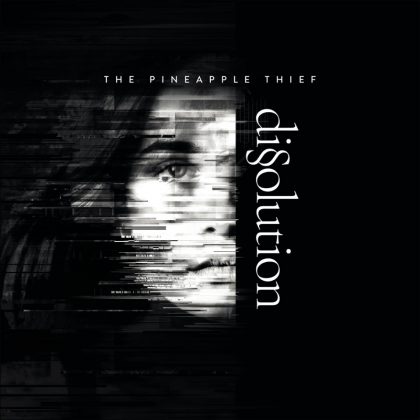 The release of Dissolution from The Pineapple Thief is their first one since they came of age. It’s been more than nineteen years since their birth and it’s their twelfth album and counting as a result of the persistence and faith of Bruce Noord, their natural leader.

The awesome black-and-white, of cinematic texture cover that depicts the face of a woman with an ice-cold stare, predisposes positively without even listening to a single note. It was taken care of the Stylorouge team which is well-known for its work with household names like Pink Floyd and David Bowie.

At their creative peak

By happenstance, this year’s release finds the band at the crest of its career. Their ongoing popularity combined with the directly proportional interest of the audience for the musical style they serve renders the album as a unique chance to gain exposure in a wider audience.

Lyrical-wise, Dissolution delves into matters like alienation, loneliness and virtual happiness or sadness that stem from the digital communication via social media. When it comes to describing their musical style, the words ‘Kscope band!’  could nicely sum it up, only that they would be an oversimplification.

It’s no secret that the modern prog rock of The Pineapple Thief draws heavily on Porcupine Tree and the projects of their leader Steven Wilson and nods to the style of their label-mates. Overcoming a mire they had fallen into during their latest releases, Dissolution is so impeccably set up that the direct references to their compatriots far but irritate the listener; quite the contrary, they are approved.

The album contains brief atmospheric interludes based on the piano and acoustic guitars dotted among longer tunes. The latter bristle with technical outbreaks, but also beautiful themes contributed by all the musicians involved. The electric guitars sound more aggressive than they did in the past, accompanied most of the times by acoustic ones. The keyboards do their bit and embellish the compositions spawning a multitude of feelings and they are one of the reasons that take the overall level of enjoyment to a higher step. The vocals, as always, traipse from melancholic to catatonic scales, in a rather limited range but the passion and expressiveness they ooze makes it impossible to believe that they will displease any given listener. The Pineapple Thief’s knack is to write songs with melodies and vocal lines that stick to the mind. The only long cut is the 11-minute White Mist which encapsulates the magnificence of the album.

Special mention should be made of the eulogy (is there any other way to put this?) of Gavin Harisson’s (Porcupine Tree, King Crimson) participation for the second in the row in a The Pineapple Thief album who truly shines and along with the bass they cement together a sublime rhythm section.

Dissolution is a magnificent melancholic album which I would liken to a picture of an urban rainy landscape in the nighttime; therefore, I think it would work better in the small hours. I pronounce myself, unexpectedly I might add, impressed.

Thursday August 6th, 2020 News Comments Off on The Pineapple Thief release video for new single ‘Versions of The Truth’