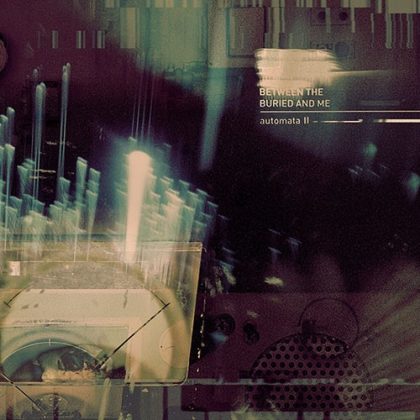 Generally, I’m somewhat cautious with bands that make more than one record in a year, even if it’s basically the same album divided into two parts. I also have second thoughts about long-lasting releases because in such cases the inspiration is usually lost and some tracks are fillers. Obviously there are records that do not fit into this category, but for every Damnation and Deliverance there is more than one The Astonishing. I was afraid that when I saw that Between the Buried and Me would release the sequel to Automata I in 2018. However, the first part was good and the band is in a process of redefining its sound.

The crown jewel of their career

In Automata II there is a historic change in the band’s course, i.e. their detachment from their mathcore / deathcore past. Musically, the style is the same as in the first part with fewer extreme references, that is, they have fully incorporated Dream Theater and Porcupine Tree in their influences by creating a mix of progressive rock / metal with switching extreme and clean vocals. The extreme vocals, however, don’t seem to fit the compositions, unlike the clean vocals by Tommy Giles Rogers Jr. The hooks are now caused by these marvelous vocal lines and not by the singer’s passion in the growl section.

The band is in great form, and the whole album could be a musical seminar, without tiring the listener at all. They found the perfect balance between extreme technique and great songwriting. In my opinion, this was achieved mainly by the incredible rhythm section. Dan Briggs (bass) and Blake Richardson (drums) apart from being awesome players, know how to hold the songs “tight”, despite the constant rhythm changes. Besides, due to this perfect rhythm section, the guitarists (Paul Wagoner and Dustie Waring) have the ability to differentiate the way they play. It no longer needs to be the riff machine, but along with the keys they creates the atmosphere and the melody, bringing Haken to mind, without being so technical in the solos.

The songs in Automata II are more worked than in the first part, showing that compositionally the band is at its peak. Taking also into consideration their bold sound experimentation, I can say these songs are the top of their career and certainly escape the limits of extreme sound. The four tracks of the album are mainly melodious and in many points they sound as if Between the Buried and Me are trying to play the progressive rock of The Dear Hunter. And the crazy thing is that they achieve this without sounding funny. Impressive!

Grid is a straight forward progressive metal song with a fantastic guitar solo, and because it sounds a lot like the style in Automata I and is at the end of the record, it creates a consistency between the two parts. On the other hand, Glide is a composition that resembles amusement park music and acts as a bridge, but also as a “breath” between The Proverbial Bellow and Voice of Trespass. In Voice of Trespass for example, they blend progressive metal with American jazz of the 1920s, reminding of Dream Theater, but not precisely because here the bass is the driving power and not the keys. On the other hand, The Proverbial Below that opens the album is perhaps the best song in their career so far. It’s a 13-minute epic that combines Porcupine Tree’s prog rock, Haken’s prog metal (The Mountain era), the continuous rhythm changes and vocals (their own trademark) and an incredible chorus. With this song they change compositional level and now they can be compared to the bands that have influenced them for so many years.

In its second album this year, the band does not fall into the trap I described in the introduction. Quite the opposite. Automata II is  much better than its predecessor. Between the Buried and Me put the icing on the cake of their releases, as Automata II is their best album so far, their magnum opus. An album that gives the feeling that the best is yet to come. A record that will please both band fans and those who are passionate about the progressive sound in general. One of the best albums of the year!