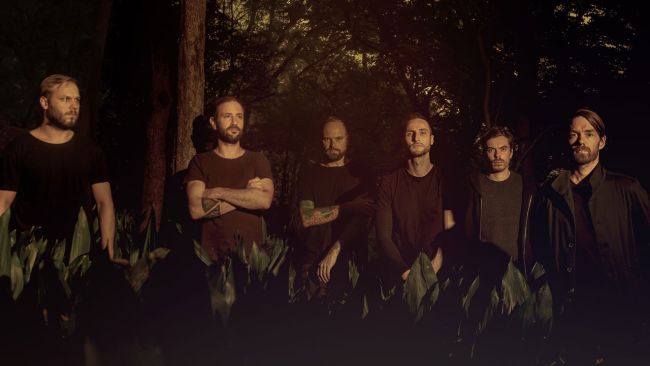 Prog metallers The Ocean Collective have released a video for their new single Oligocene. The song is taken from the band’s eighth full-length album, Phanerozoic II: Mesozoic|Cenozoic out on September 25 via Metal Blade Records / Pelagic Records.

Guitarist and founding member Robin Staps comments: “We found this place by accident: the dilapidated ruins of a soviet observatory & research station for cosmic radiation. The building itself looked like a spaceship that had crash-landed up high in the mountains, but there were lots of interesting structures scattered across the landscape: concrete cubes, underground tunnels, rusted machinery, fallen power poles and watchtowers. It all looked like taken straight out of Andrej Tarkovsky’s Stalker movie.”

The instrumental Oligocene was written by drummer Paul Seidel, but recorded with synth player Peter Voigtmann on drums. It serves as a transitional track from the busy and heavy first half of the record (Mesozoic) into the more relaxed, spacious and cold ambient vibes prevailing on the second half of the record (Cenozoic).

Previously the band had released the track Jurassic|Cretaceous which features Katatonia vocalist Jonas Renkse. You can watch it here.