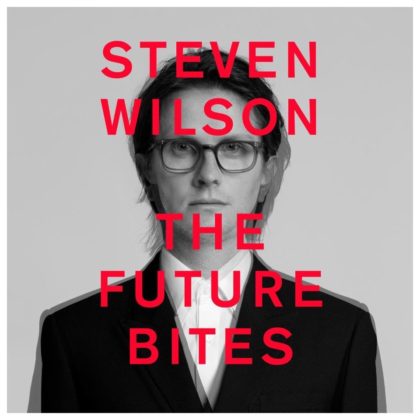 Following the release of The Raven That Refused to Sing (And Other Stories) (2013), the most typical progressive rock album of his career, Steven Wilson decided to take a step away from the genre, bringing to the forefront other aspects of his music personality that already existed for years in his projects. If Hand. Cannot. Erase. (2015) was the transitional album, then To the Bone (2017) completed this shift to poppier tracks, a musician / producer probably exhausted after the many remasters on classic progressive rock albums that he completed at the time. His already declared love for Abba, Kate Bush, and Prince was shown for the first time in an entire album. The first samples of The Future Bites showed that the now 53-year-old Wilson would continue what he started with To the Bone.

It could be interesting, but…

When To the Bone was released in 2017, some of us had identified some weaknesses in Steven Wilson’s new album and had written our objections as to whether there was a future in what Wilson had in mind. Looking back, I think that we were proven right, since the album ranked last among his albums as a solo artist. All this until today, since The Future Bites comes to take with great ease this – not so honorable – position. Wilson failed to impress us again, although there is an objective interest in change of approach of a musician, from his huge great career in prog rock to more direct patterns (let’s say pop), basic drum beat, extensive use of synths and other electronic sounds, and mainly the detachment of the compositions from the typical rock instrumentation.

The Future Bites continues from where To the Bone had stopped, with the mood for change towards the new direction being even more intense. The result is disappointing because the real changes are very few. The character of Steven Wilson’s music remains so strong that in his attempt to incorporate into this 80s style of pop music introduced by Peter Gabriel (King Ghost) or Pink Floyd (Eminent Sleaze, Man of the People), he weakens every melody, every rhythm, every possibility of evolving the music into something that will fascinate the listener.

Even in the songs (12 Things I Forgot) in which he chooses to do what he knows well, simulating his radio-friendly collaboration with Aviv Geffen in Blackfield, he sounds rather weak and gray, just like the color he chose for the album’s artwork. If we look for some kind of success among the 8.5 compositions of the album, we will possibly find it in Personal Shopper, which is saved mainly due to the uptempo logic of an almost 10-minute song that at least manages to maintain its rhythm and mainly highlight the chorus and melodies, in an unnecessarily long duration.

On the other, although the album’s concept is rather shallow, it may save the day to some extent, since it does not go unnoticed like the music. The widespread use of technology, consumerism, and social media are topics that touch the senses of a white privileged musician who lives and works in the UK. Although Steven Wilson had offered us more imagination and more interesting stories throughout his discography, we consider it legitimate at this stage of his life to write what concerns him, because they add sincerity to his intentions.

The course of Steven Wilson’s career with The Future Bites may target a wider audience, and the album is definitely surrounded by positive opinions because it encapsulates some of the essential features of commercial pop-rock music. It is neither bad music nor does it offend the listener’s intelligence. But it has absolutely no features that could be a reference point of the genre, and it lacks a substantial artistic proposal, flickering between melodies written long ago and recent ideas that are logically not fully integrated into the musician’s consciousness.

If To The Bone could be described as a kind of experiment for Wilson, then The Future Bites is a settled musical proposition. His turn towards pop is now well thought out and as a musician he seems confident about what where he’s stepping on. It is clear that the British musician and producer is a huge connoisseur and collector of music of various genres, so creating an album like The Future Bites is not particularly difficult for him. The production is once again unreal and the general setting is flawless. The main problem with the record is that the compositions do not justify their creator at all, since the almost absolute lack of a memorable hook makes listening to it particularly boring. In his effort to adopt the persona of an intelligent pop artist (the way Peter Gabriel did in the past), Wilson fails almost completely, and eventually the music sounds like intelligent muzak. Worst of all, there are moments like the Prince rip-off Eminent Sleaze, that bring laughter, and that’s not nice at all for an artist of Steven Wilson’s level.

Steven Wilson – To the Bone